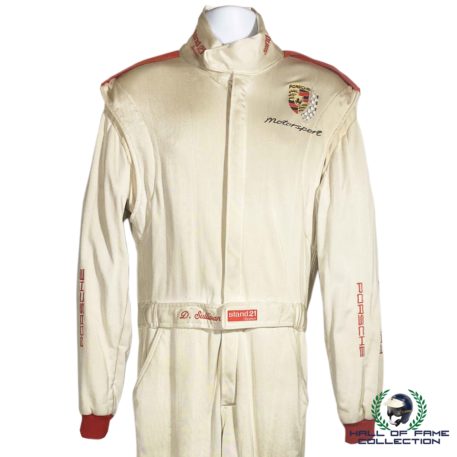 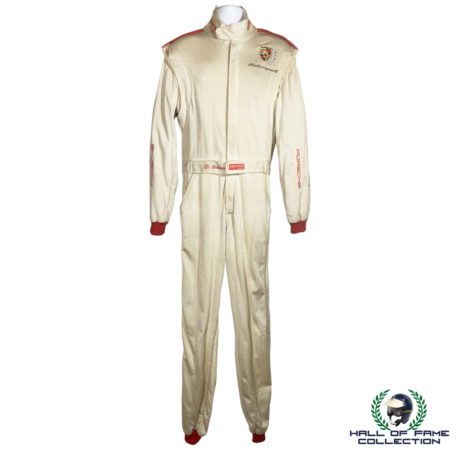 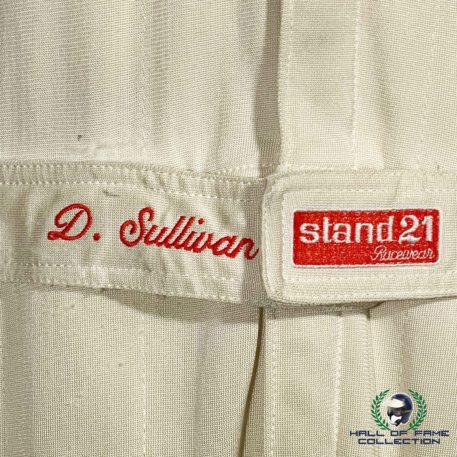 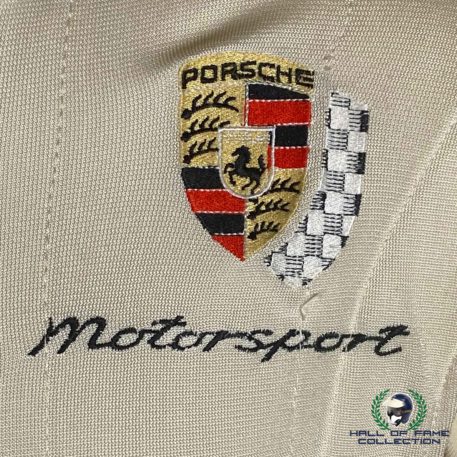 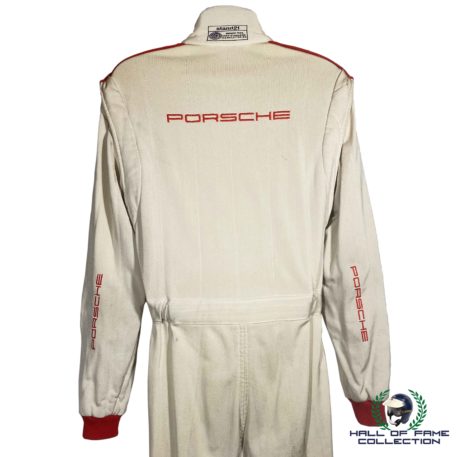 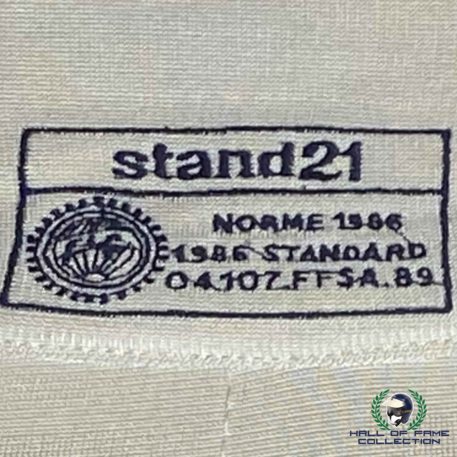 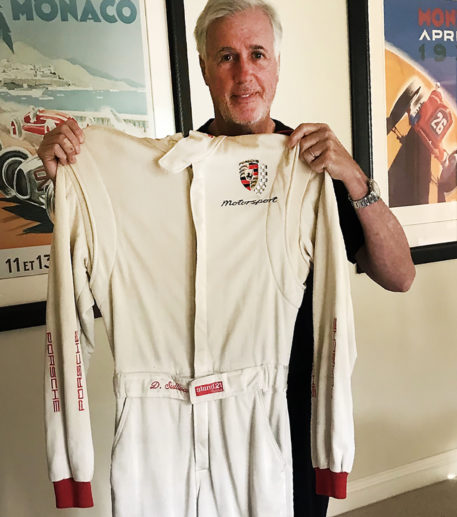 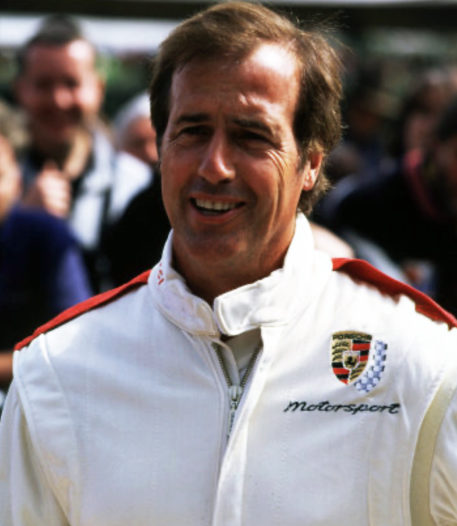 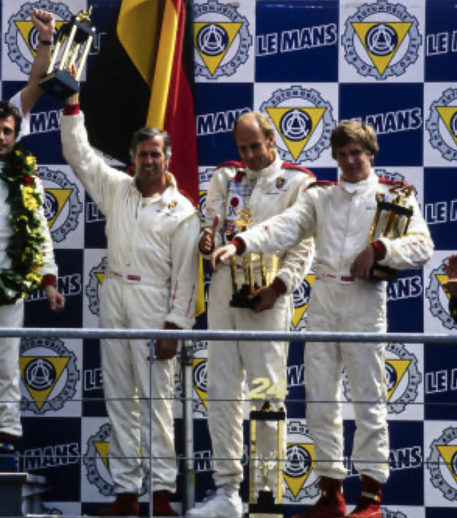 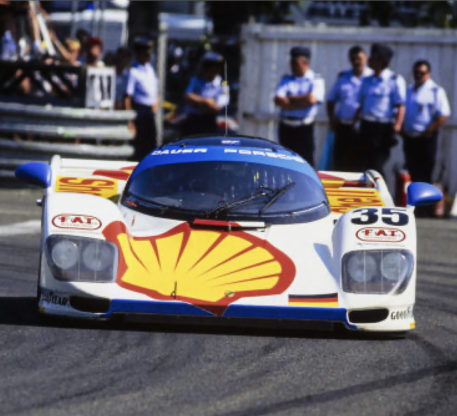 Sharp looking Porsche race-used suit was worn by American driver Danny Sullivan. The former CART/IndyCar Champion, Indy 500 race winner, and Formula 1 star used this suit during the 1994 Le Mans 24 Hour race, driving the #35 Dauer Racing 962 Porsche along with co-drivers Hans-Joachim Stuck and Thierry Boutsen. Together they raced to a third-place finish in the GT1 class. Sullivan also used the suit in various historic events, including the Goodwood Festival of Speed.

The white suit has knitted cuffs on the arms and legs in red, as well as red shoulder pulls. It has a Porsche motorsport shield and lettering on the left chest and red Porsche lettering on both arms. Sullivan’s name is embroidered on the waist belt in red as well.

The suit comes with a full Certificate Of Authenticity