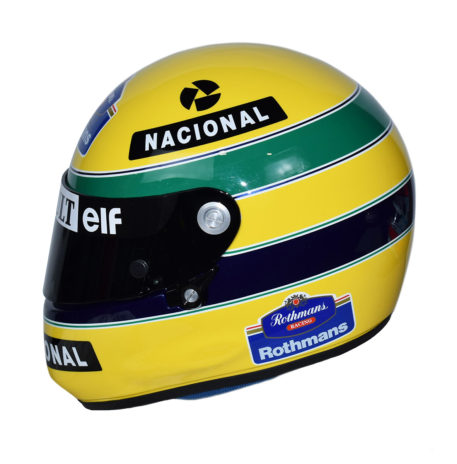 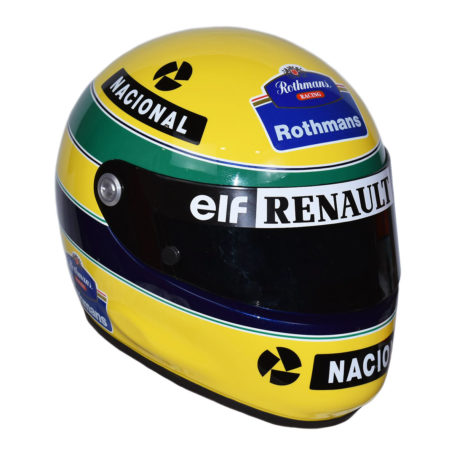 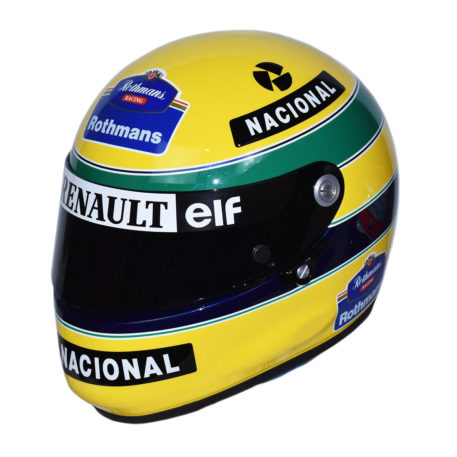 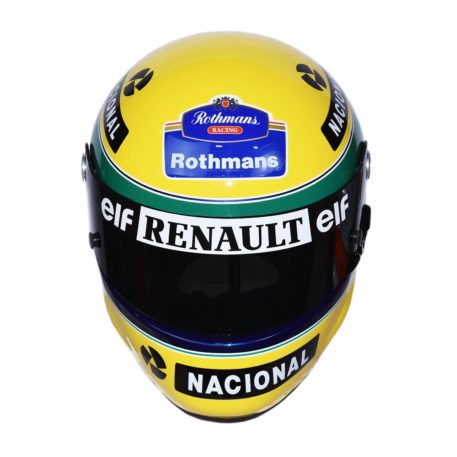 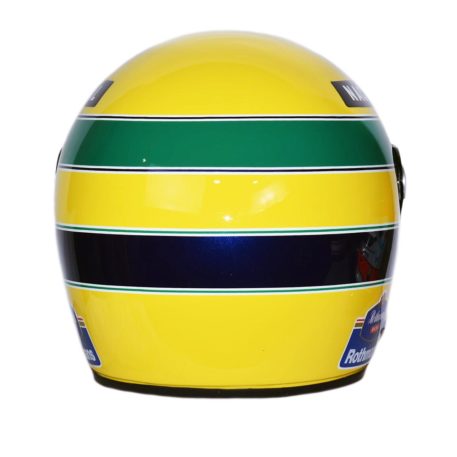 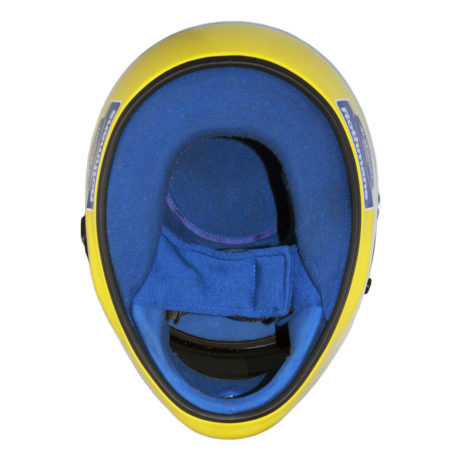 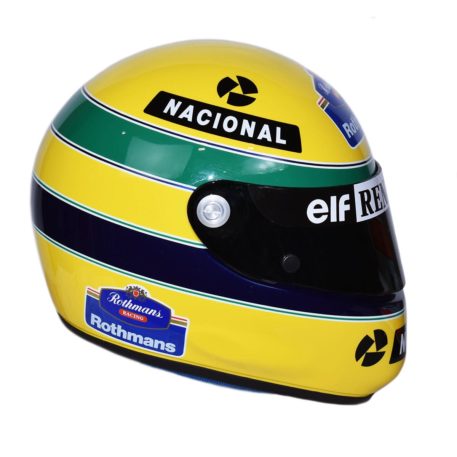 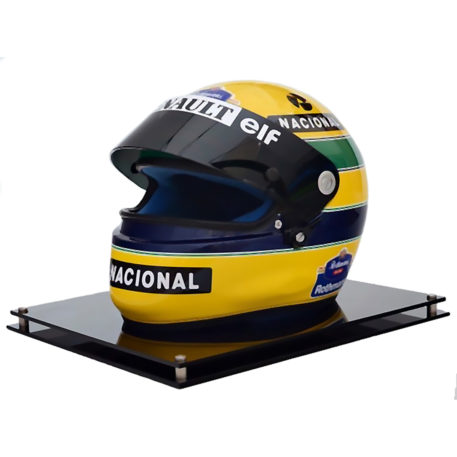 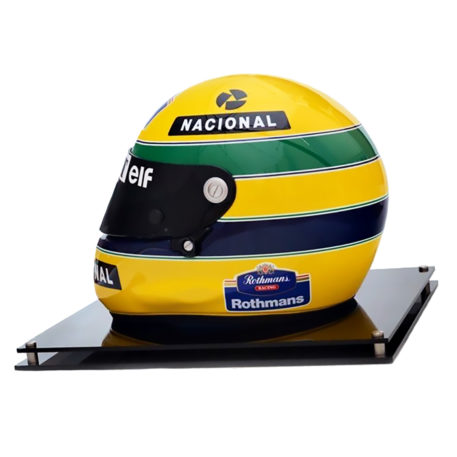 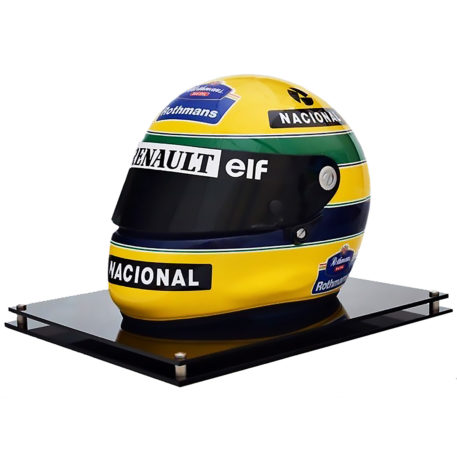 Hall of Fame Collection is pleased to offer this original Shoei X4 helmet, professionally painted as an exact replica of the one used by the great Ayrton Senna. Only two original helmets were painted by Mike Fairholme for Senna to use in his 1994 pre-season testing sessions at the Circuito do Estoril in Portugal.  The helmet is decorated with Senna’s iconic design, with the yellow base color overlayed with green and blue bands, representing the Brazilian national colors, a design he wore throughout his brilliant career. It bears the Rothmans Williams team’s emblems on the top front and on both sides, as well as Senna’s main sponsor’s, Banco Nacional of Brazil, lettering and logo on its chin as well as on either side of the helmet’s crown. The visor has the team’s engine supplier Renault, and elf oil lettering sun-strip applied. The interior is in the azure blue covering that Senna favored for all of his latter helmets.

Senna used the Shoei X4 model helmets in 1994 before his Bell helmets arrived in time for the Paul Ricard test in France.

This is a great opportunity to acquire this fabulous exact replica helmet, representing one that was worn by whom many consider being the greatest Formula One driver ever.