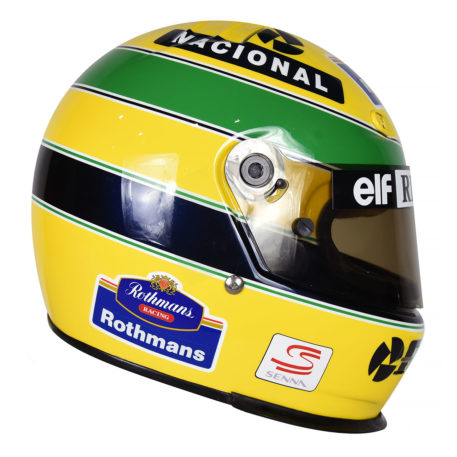 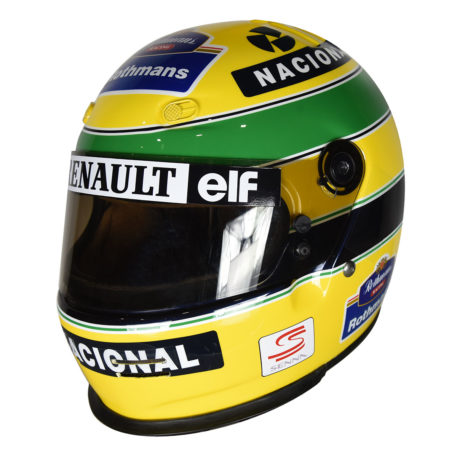 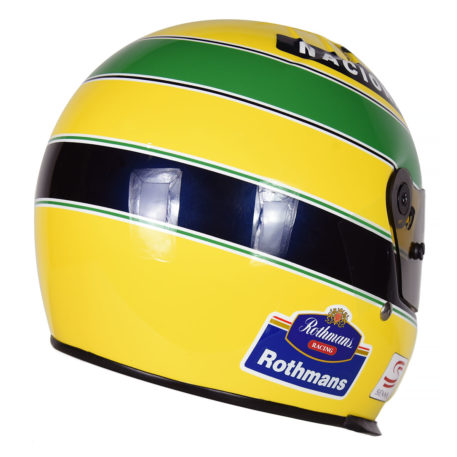 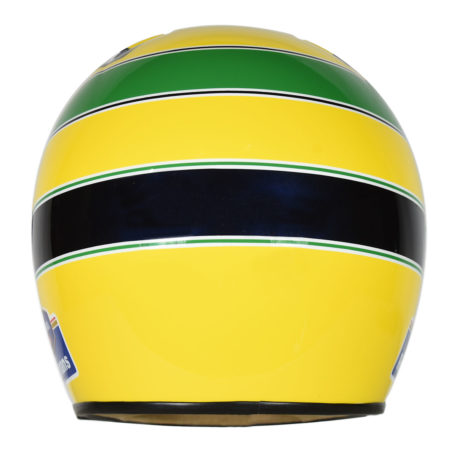 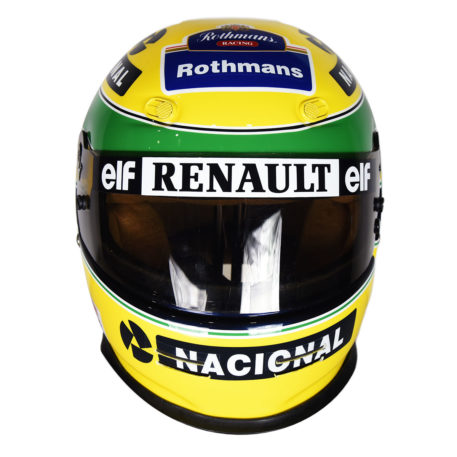 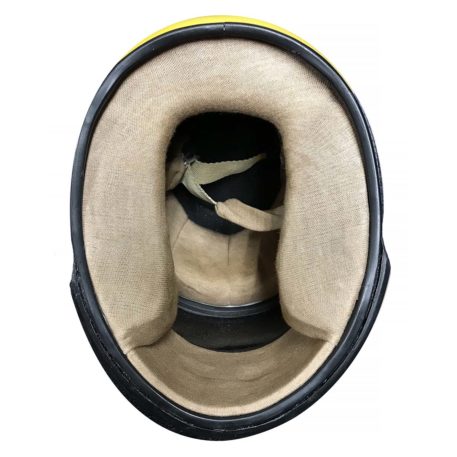 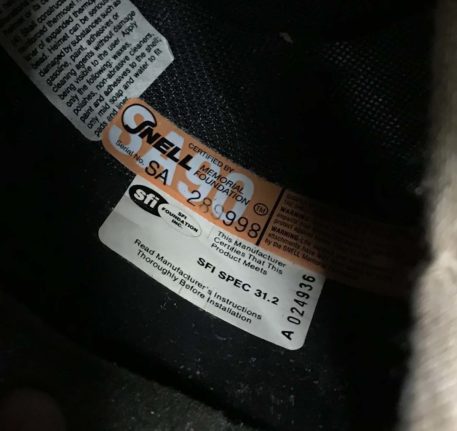 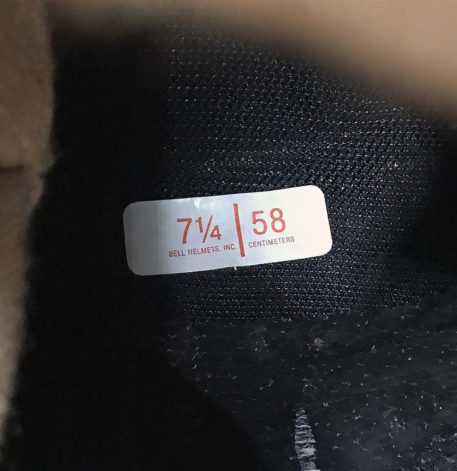 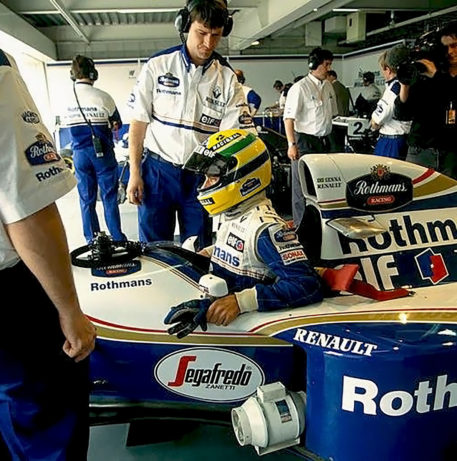 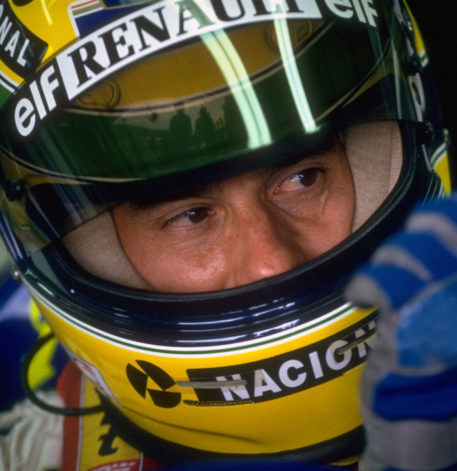 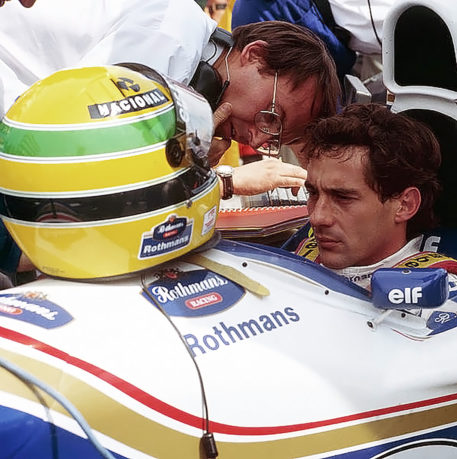 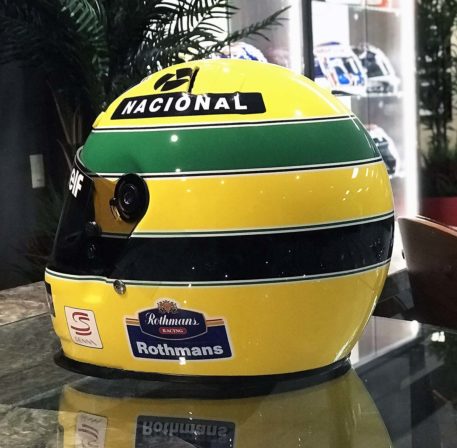 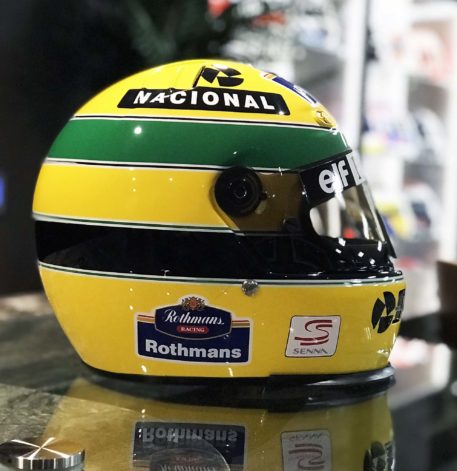 Original Bell M3 helmet that has been professionally painted to be a perfect replica of the one used by the great Ayrton Senna in 1994. This was the particular model he favored in his only season driving for the Rothmans Williams Renault Team in 1994. The helmet is the exact same size shell used by Senna with correct nomex interior and snell 1990 sticker. The lateral screws have been moved forward as well as having four chin vents and not six as this model of helmet usually has. It also has a thicker rubber edge added around its base at the front of the helmet. The visor is also the same 2mm thickness which Senna requested to save weight instead of the 3mm that was standard on these helmets.

It is decorated in Senna’s iconic color and design scheme which is comprised of a yellow base overlaid with green and blue bands, all representing the Brazilian national colors. This would be the scheme that he would wear throughout his exceptional career. The helmet bears the Rothmans Williams team’s emblems on the top front and on both lower sides. Senna’s main sponsor’s, Banco Nacional of Brazil, lettering and logo are on its chin as well as on either side of the helmet’s crown. On both cheeks are the Senna logo ‘double S’ decals, and on the visor’s sun-strip are the team’s engine supplier Renault and elf oil lettering. The interior of the helmet is in the correct beige colour. Heli tape has been added in the exact same place as Senna had his applied and even some decals were placed on the helmet after the clear coat which is how Senna preferred them.

This is a great opportunity to acquire this fabulous and extremely accurate replica of one worn by the man who many consider to be the greatest Formula 1 driver ever.