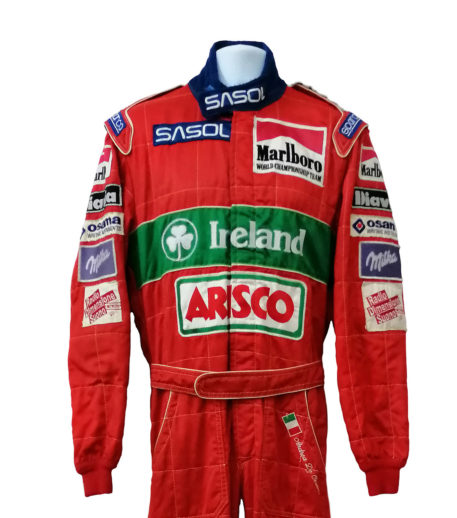 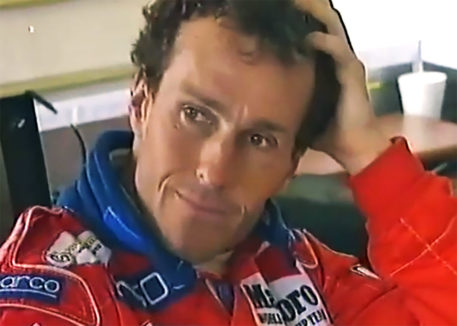 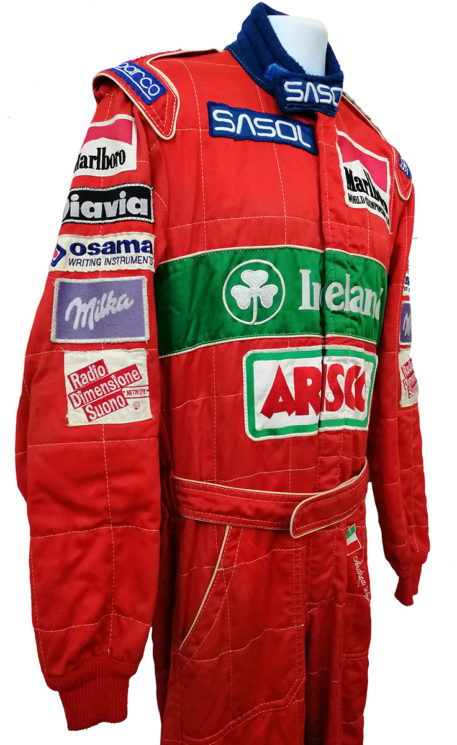 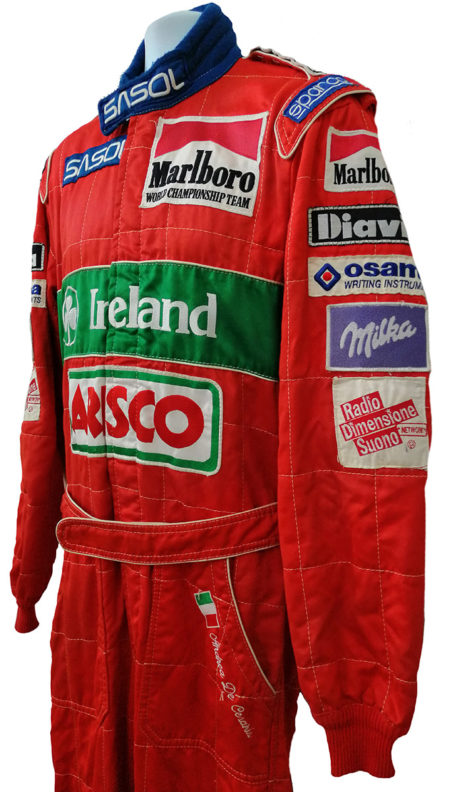 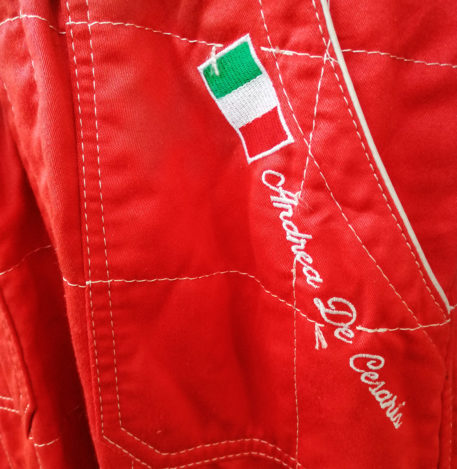 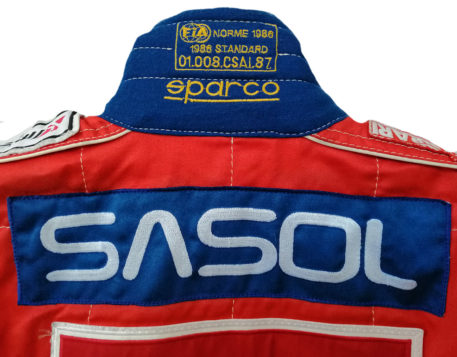 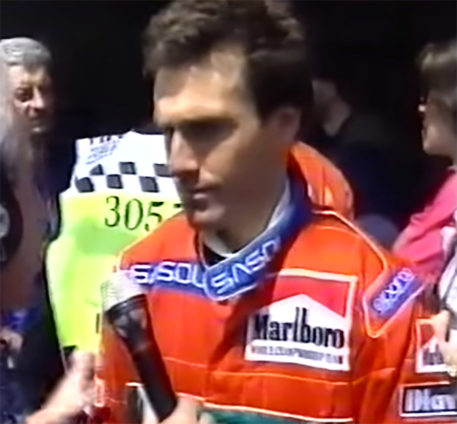 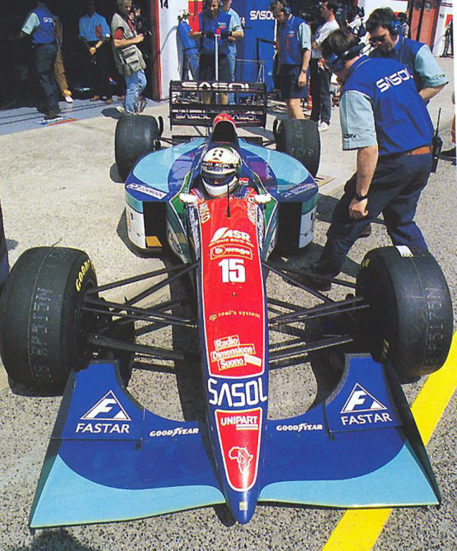 This Italian driver had a long career racing in F1 from 1980 through to 1994 with 208 Grand Prix starts. This red Sparco  suit was used by de Cesaris in his final F1 season, while as a stand-in driver for two races for the banned driver Eddie Irvine.  He drove Irvine’s vacated Jordan at the San Marino Grand Prix. But not having driven a full race distance in six months, de Cesaris crashed and retired.  He then had an very impressive 4th place at the next race in Monaco.

de Cesaris sadly died on October 5th, 2014 after crashing his motorcycle in a road accident in Rome.

Add this great suit to your collection today from this Grand Prix legend. 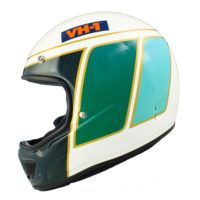