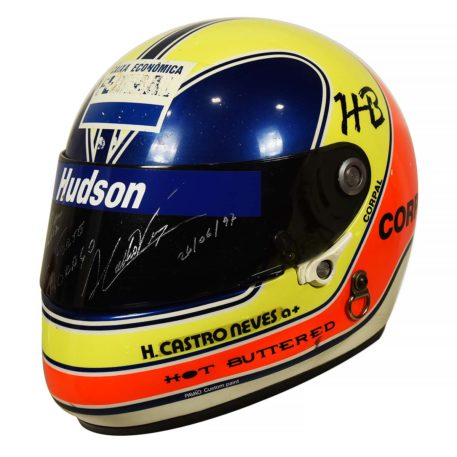 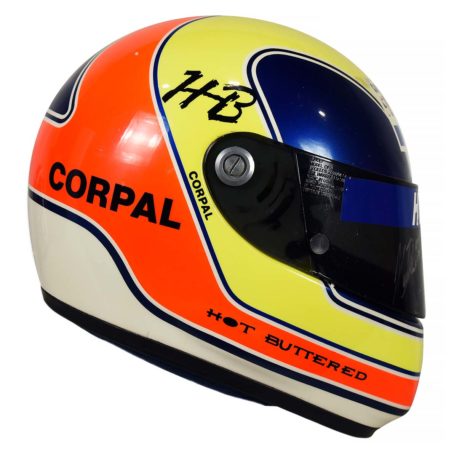 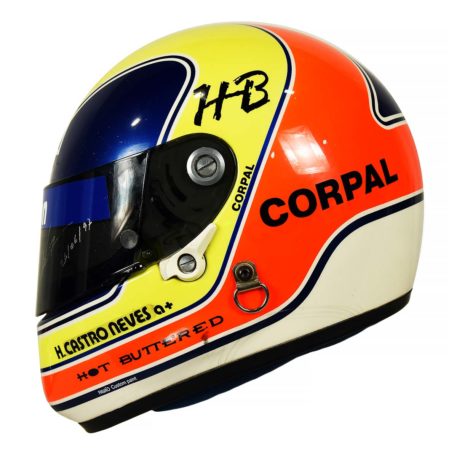 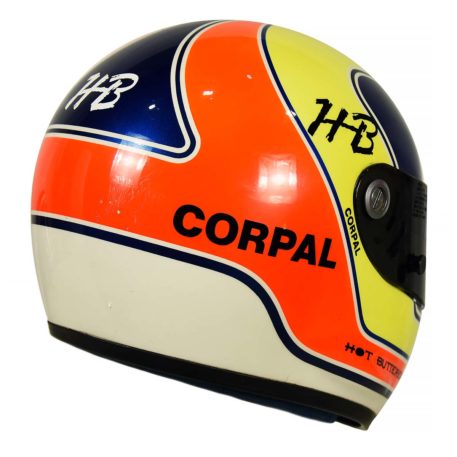 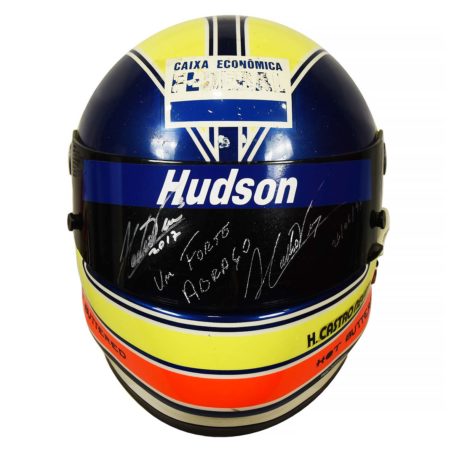 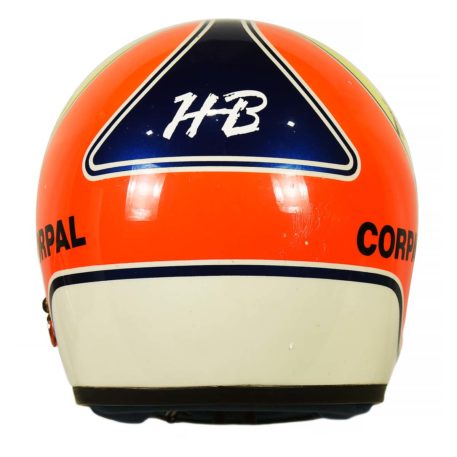 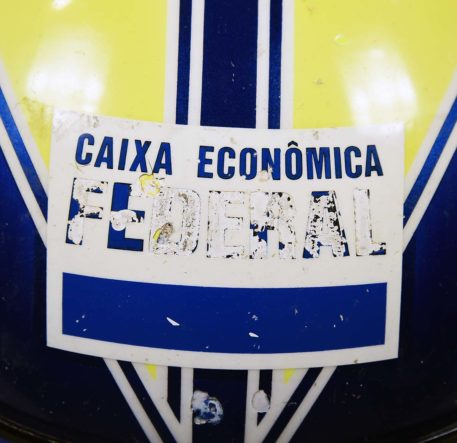 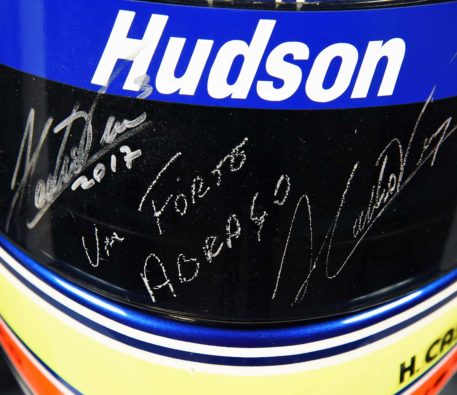 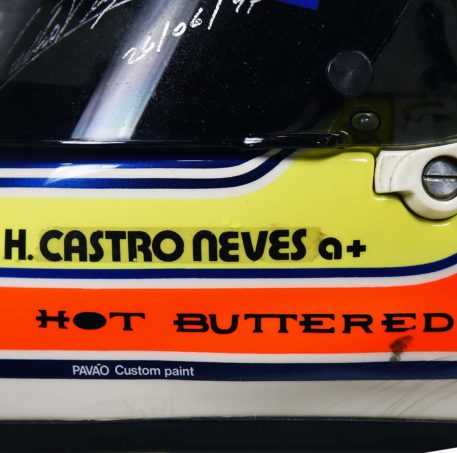 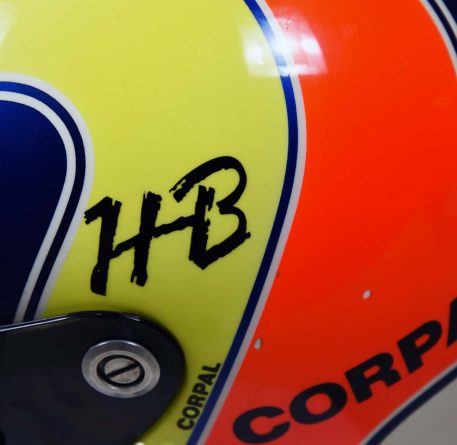 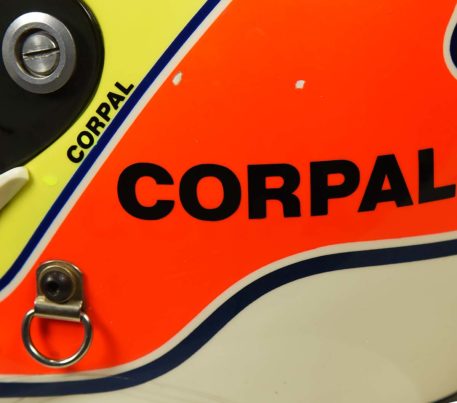 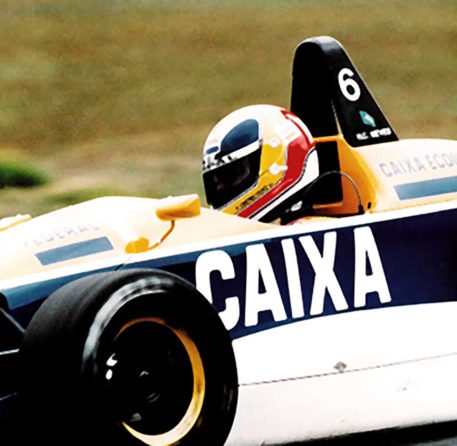 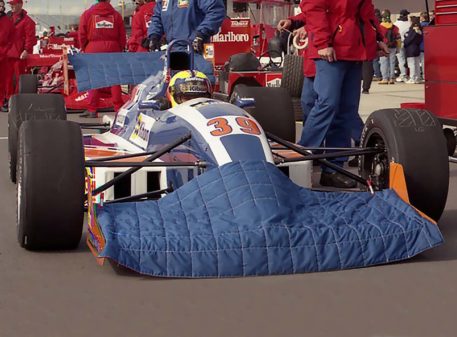 Shoei X4 helmet worn by four-time Indianapolis 500 Winner Hélio Castroneves. The popular Brazilian driver used this helmet very early in his career while driving in both the 1994/95 Brazilian and British Formula 3 Championship series. After a few seasons in kart racing, Castroneves’ father sold his business assets, private company and an apartment to help finance his son’s career. Castroneves progressed to the Brazilian Formula Three Championship in 1994 with the Amir Nasr Racing Team, finishing second overall with three victories, four pole positions and 52 points in eight races. In 1995 he moved to the UK, where he drove for Paul Stewart Racing in the British Formula Three Championship. His father obtained midseason sponsorship from Brazilian bank Caixa Econômica Federal. Castroneves had a win at Donington Park and six other podiums places to finish third in the Drivers’ Championship with a total of 169 points.

The helmet bears the graphic design Castroneves would use during his whole career. Painted by Pavao, the design has bands in florescent yellow and red/orange, and metallic blue and white sections which have black pinstriping dividing the bands. It bears sponsors’ branding logos that include Corpal and HB/Hot Buttered. On the top front of the helmet is a large decal from main sponsor Caixa Econômica Federal which is across the helmet’s chevron design. Castroneves’s name and A+ blood group are on both cheeks. The dark-tinted visor bears a Hudson sun strip and has been personally signed twice by Castroneves, who has also added the date of 22/06/97, and again recently in 2017. He has also added the adage of “Um forte abrago” (a strong hug).

This is a great opportunity to acquire a race-used helmet from one of the most popular and well known IndyCar stars. In 2021 Castronves won the 105th Indianapolis 500 and also joined Paul Tracy and Dario Franchitti with 31 career IndyCar wins.