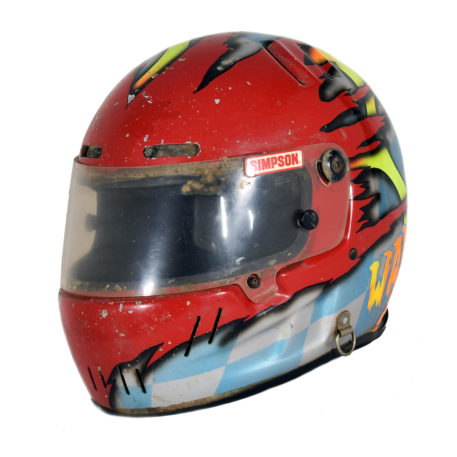 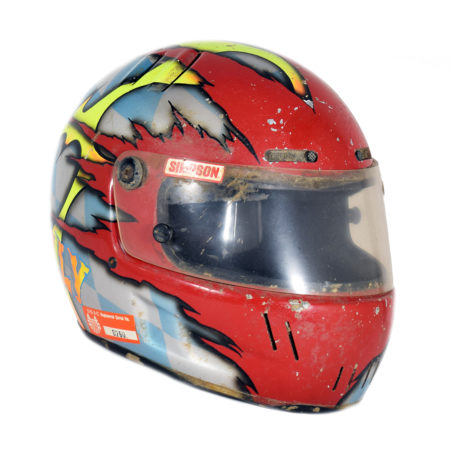 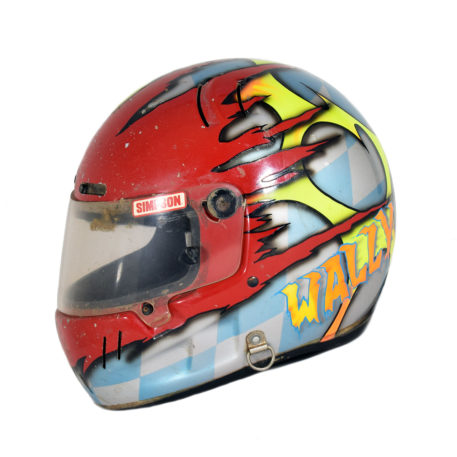 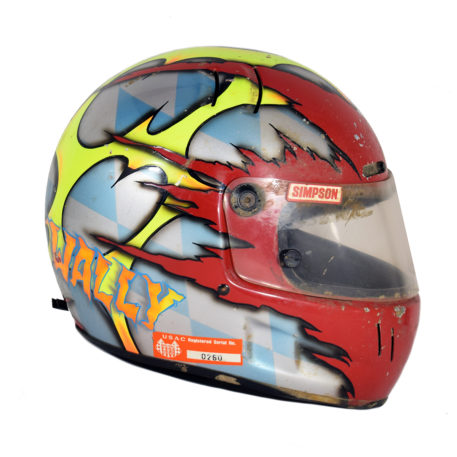 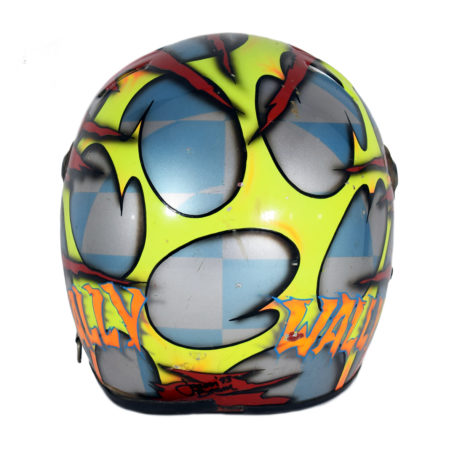 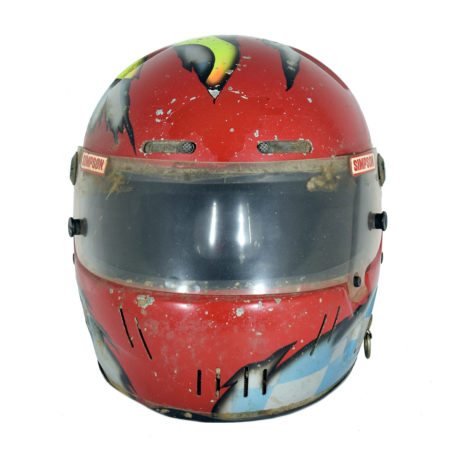 Simpson helmet used by Wally Pankratz during the 1992 season where he drove USAC Silver Crown Sprint cars. Pankratz, the son of former racer and Indy Car builder Bob Pankratz, has been racing open wheel cars for over fifty years. He has competed in and won races across the country in Sprint Cars, Super Modifieds, Midgets and Silver Crown cars. He has won championships in the USAC Western Midget Series, the old Super Modified Racing Association, Hanford Speedway Sprint Cars, and Ascot Super Midgets. His last win came at the young age of 71, in the Ventura Senior Sprint Cars. All told, he has won 114 main events in his career. Pankratz’s daughter Randi races as well and he fully supports her efforts. Wally also runs a racing school in San Bernardino, California, is a driver coach and remains active in the sport, including running a team. He was inducted into the National Midget Racing Hall of Fame in Kansas in 2006.

Painted by Jason Beam, the helmet has a red front that extends around the top and sides where it ends in a black edged tear design. This meets a light blue/silver checker design that is on the rear of the helmet and this is overlaid by a florescent yellow, edged in black, hole design. Pankratz’s ‘Wally’ name is on either side in orange, yellow and blue.