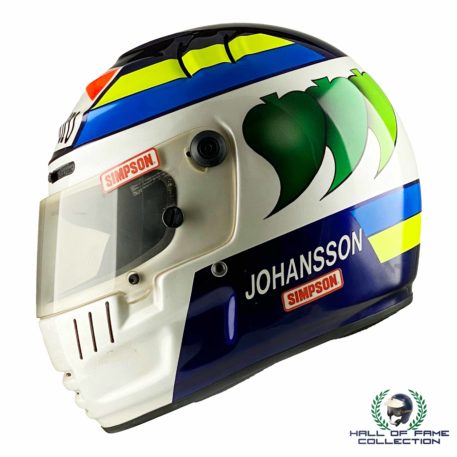 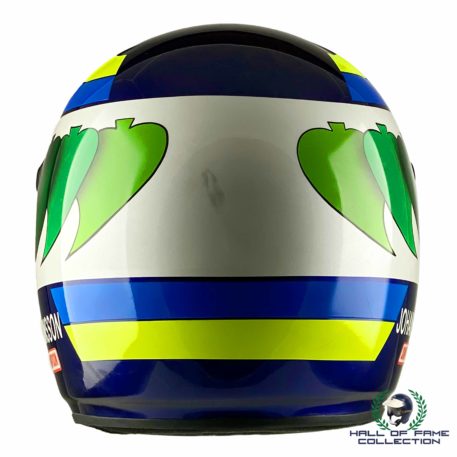 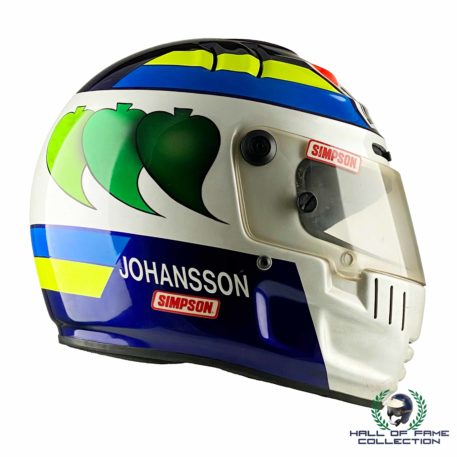 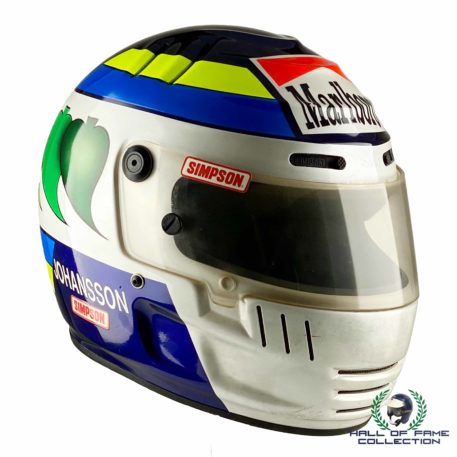 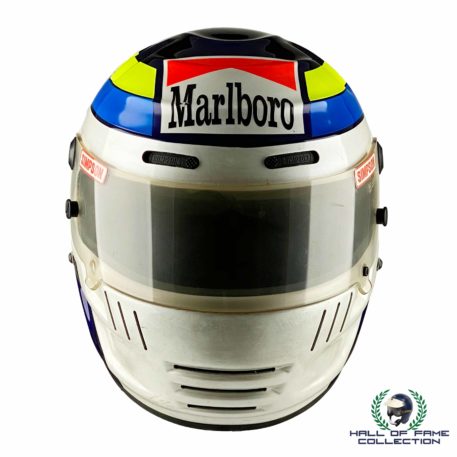 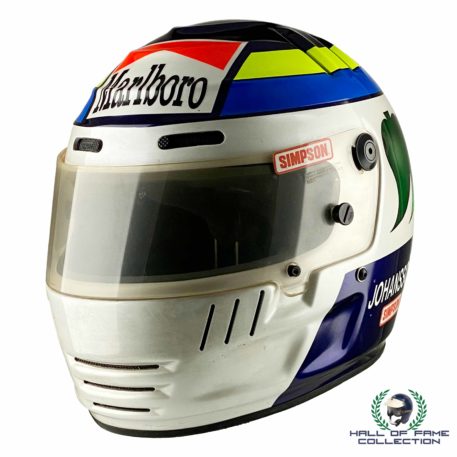 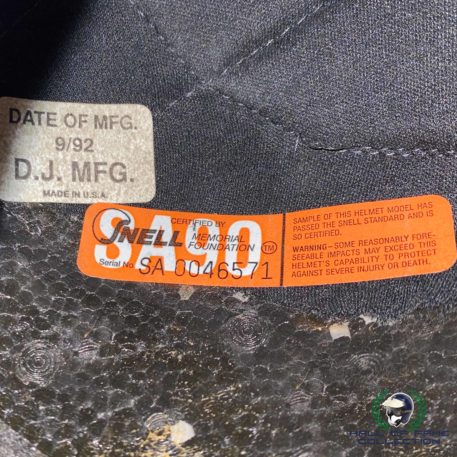 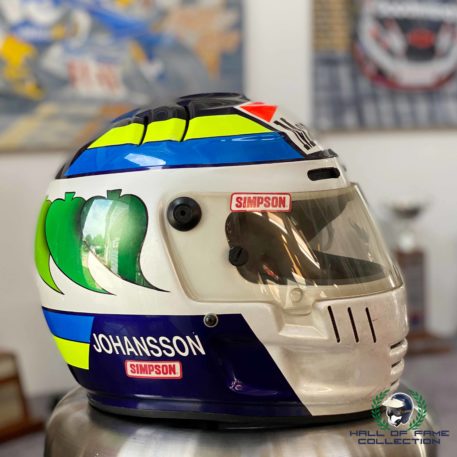 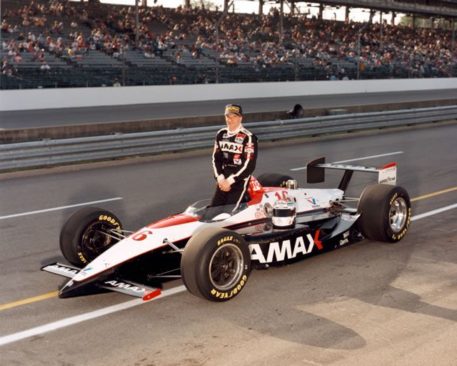 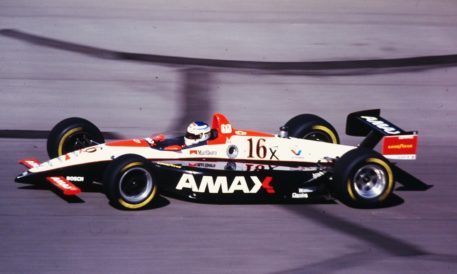 Stefan Johansson is a Swedish racing driver who drove in Formula One for both Ferrari and McLaren, among other teams. Since leaving Formula One he has won the 1997 24 Hours of Le Mans, and raced in a number of categories, including CART, various kinds of Sports car racing and the Grand Prix Masters. He is also the manager of New Zealander Scott Dixon (winner of the 2008 Indianapolis 500 and 6-time IndyCar Champion), fellow Swede Felix Rosenqvist (winner of the 2015 European Formula 3 Championship) and Ed Jones.

This great looking helmet has the familiar design he has worn throughout his racing career. A broad band of white has three leaves of different green shades on the side of the helmet . The crown and base of the helmet are a deep blue, broken up with lighter blue and fluorescent green banding. The Marlboro logo is featured prominently on the front of the helmet with Johansson lettering on the sides with a Simpsons logo.

This helmet is original from the period but was not race-used as it was never fitted with a pop-off valve or radio. It does show signs of use or age so it could have been tested or used for promo display at some point.