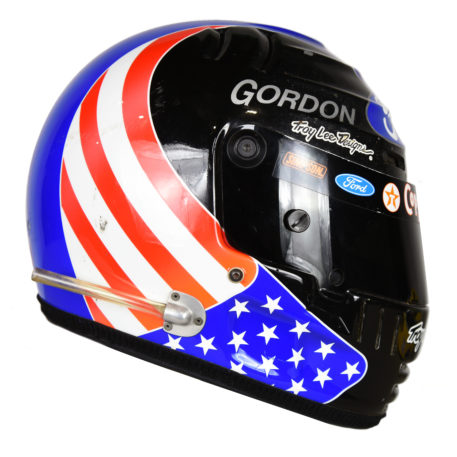 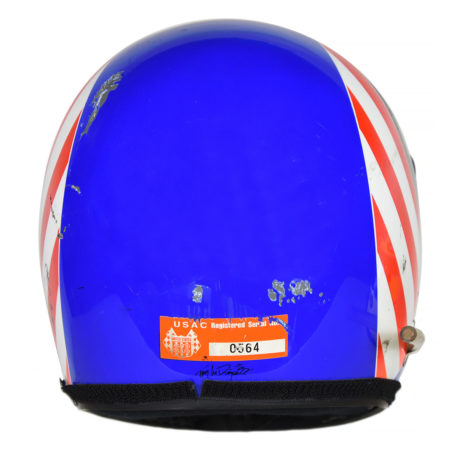 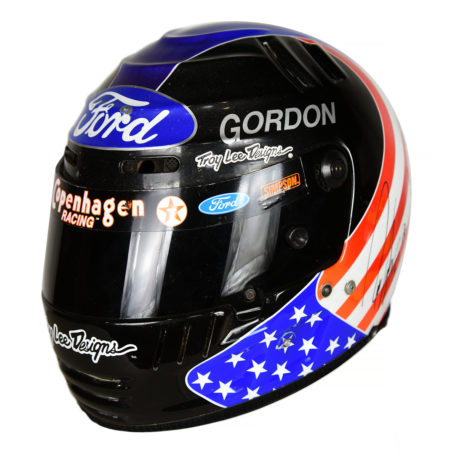 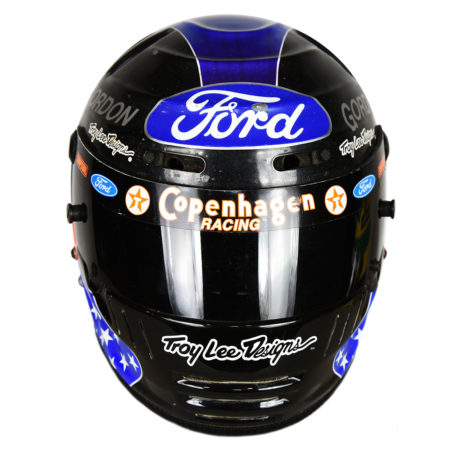 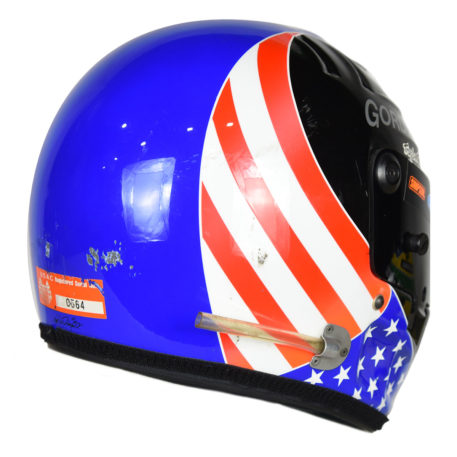 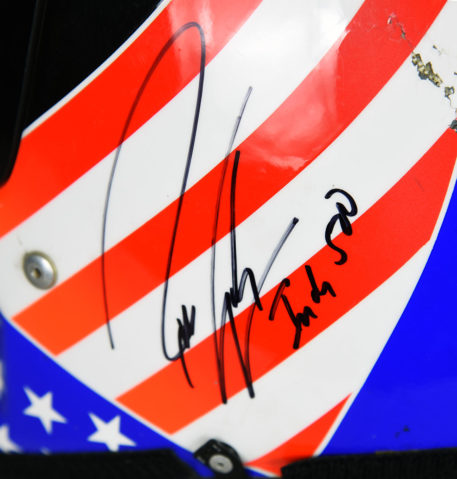 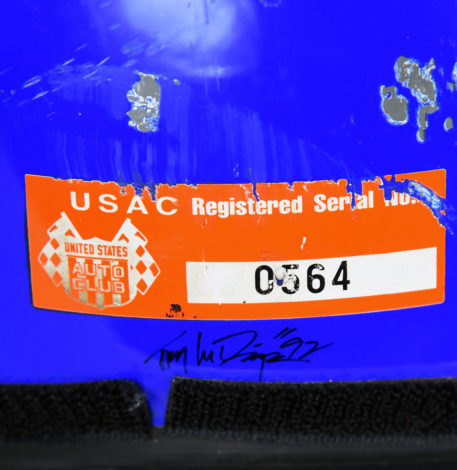 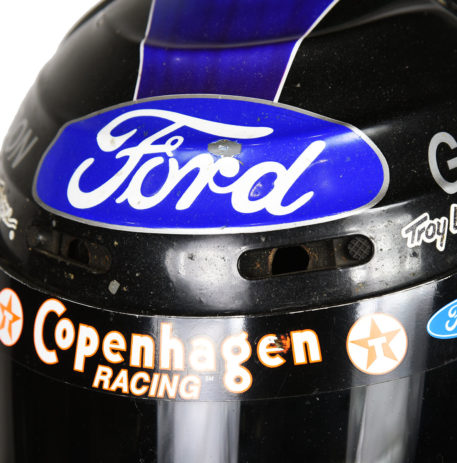 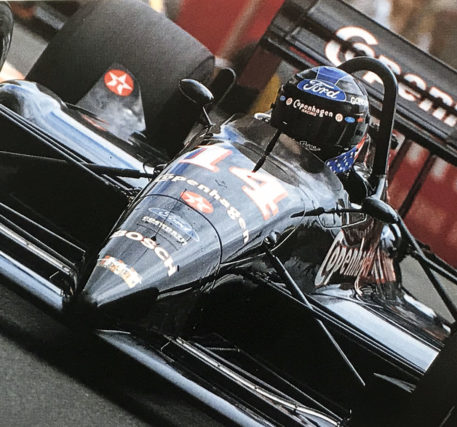 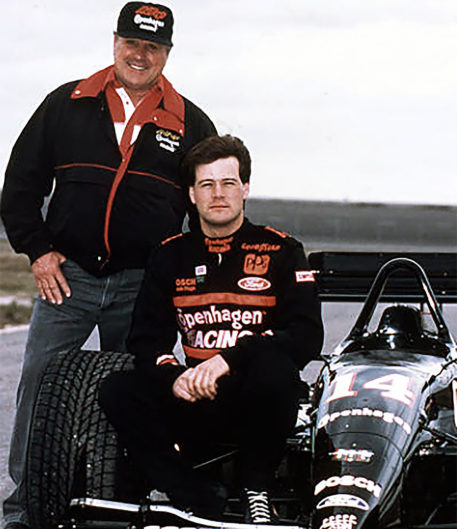 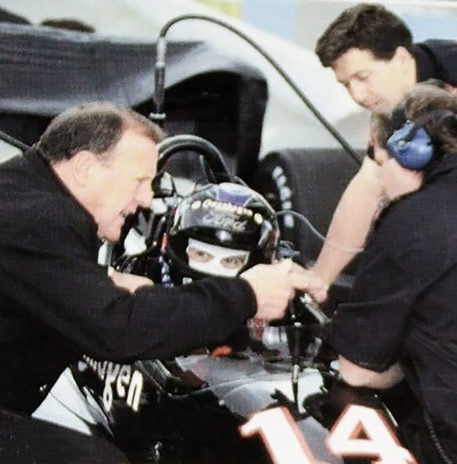 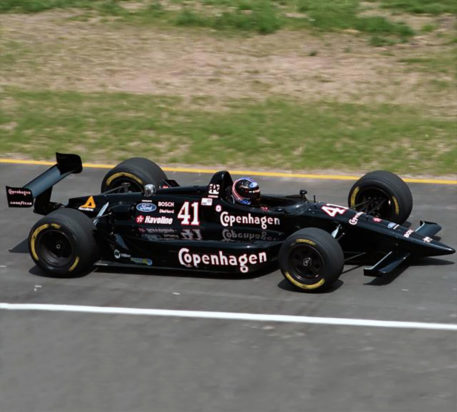 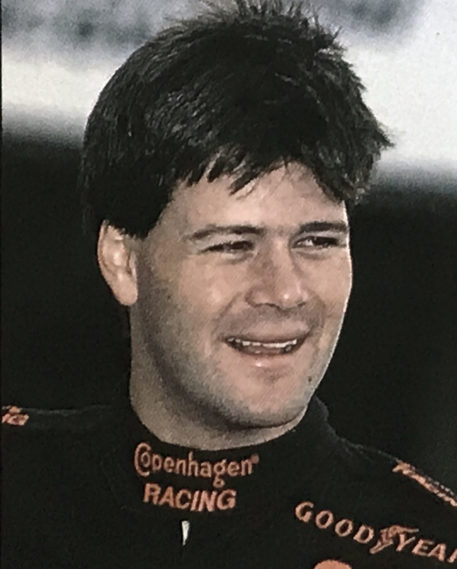 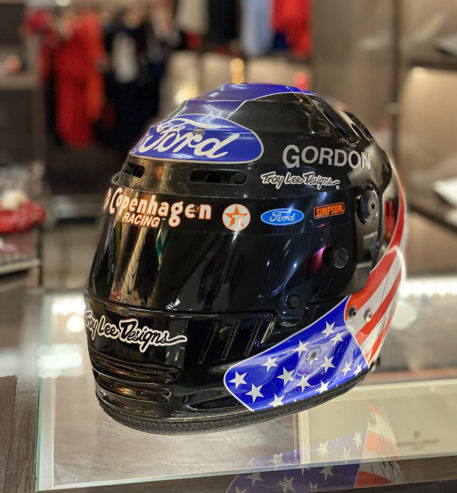 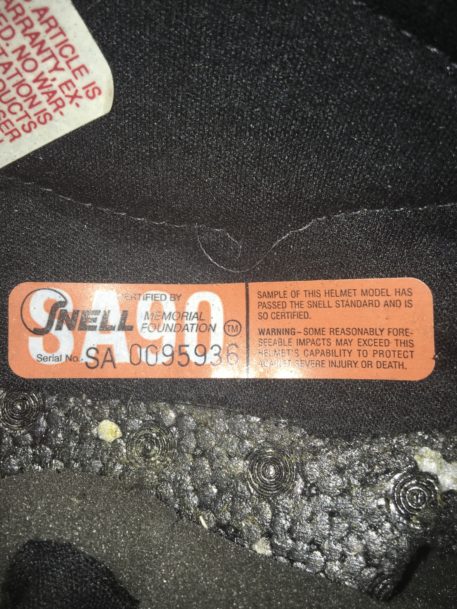 Simpson helmet used by multi-discipline American driver Robby Gordon in his one and only season driving for the A. J. Foyt racing team in 1993. Gordon had a solid year in the CART IndyCar series, having many points-scoring finishes throughout the season including two podium places at Surfers Paradise in Australia, where he finished third, and at Mid-Ohio where he claimed a second place. Over and above racing in IndyCar Gordon has had many other starts in his long career, including in NASCAR in both cars and trucks, the Trans Am Series, IMSA, IROC, and the Dakar Rally.

This helmet has been photo matched to being used at the opening race of the season at Surfers Paradise. It was likely one of only 2 or 3 helmets used that season (we have previously sold the twin to this one from the Ron Burton Collection). Therefore the helmet would have also been used at many other events during the season including his rookie ‘Month of May’ appearance at the Indianapolis 500 due to the orange USAC tech sticker which was applied only at Indy.

The black helmet base color has Gordon’s customary ‘Stars and Stripes’ design around its sides. It has a returning blue widening middle stripe that is edged in white and runs over the crown and ends with a large Ford oval at the top front of the helmet. The chin bears the helmet painter’s Troy Lee Designs decal. The dark-tinted visor bears a Copenhagen Tobacco (Foyt’s team sponsor)/Texaco/Ford sun strip. The helmet, which still bears its USAC tech sticker, is signed by Robby Gordon and he has added ‘Indy 500’ to the signature. It was also signed and dated on its back by painter Troy Lee in 1992. The helmet has a manufacturing date of 12/92.

It comes with a Full Certificate of Authenticity.