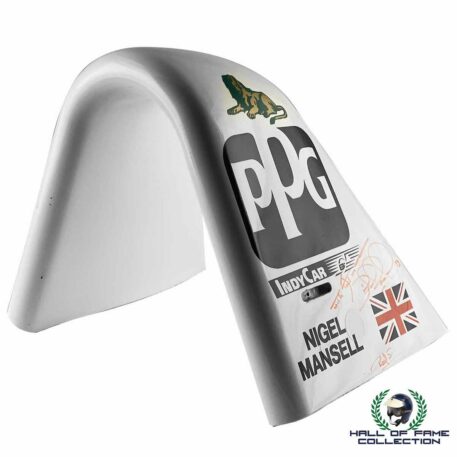 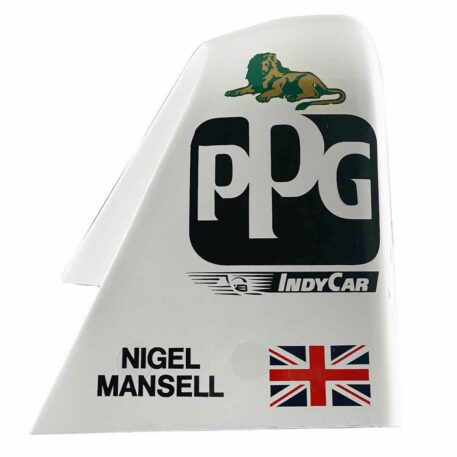 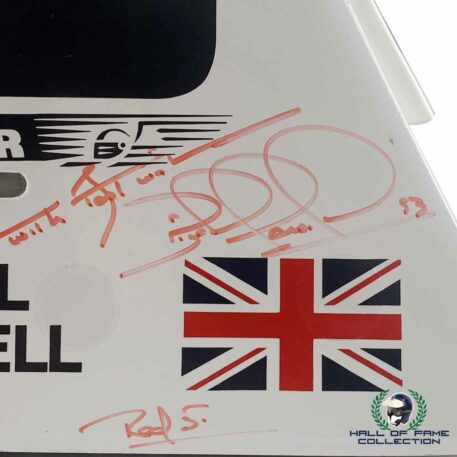 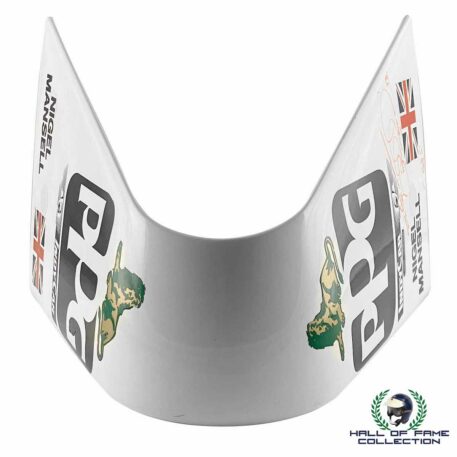 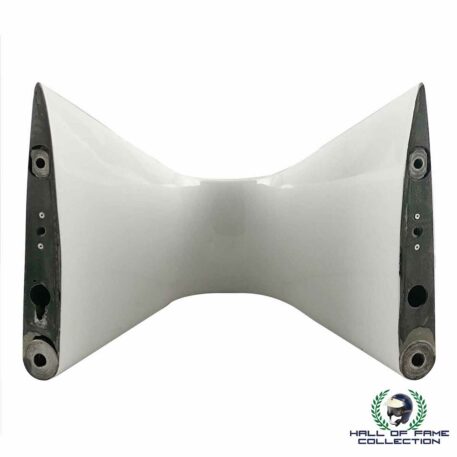 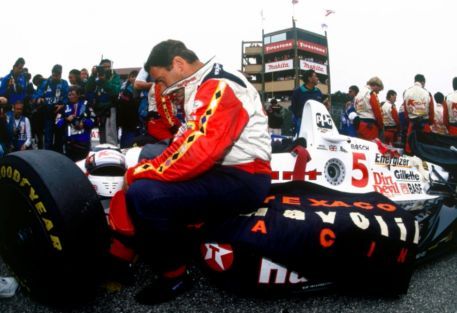 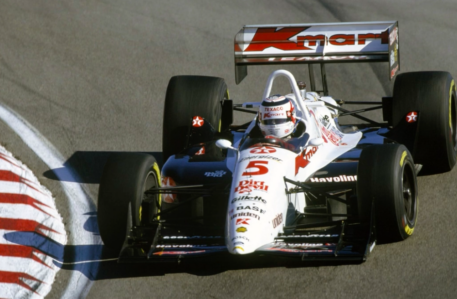 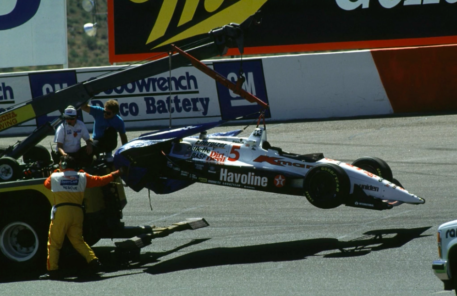 Mansell was the reigning F1 Champion when he moved over to CART in 1993, becoming the first person to win the CART title in his debut season, and making him the only person to hold both the F1 World Drivers’ Championship and the American open-wheel National Championship simultaneously. Mansell signed with Newman/Haas Racing to pair with Mario Andretti for the 1993 CART series season, replacing Mario’s son Michael who moved to F1 and McLaren. At the season opener at Surfers Paradise, Australia, he became the first “rookie” to take pole position and win his first race. Mansell would go on to score five wins for the 1993 CART season and, having scored more high-placed finishes, the results were good enough to earn him the Championship.

The roll hoop is signed by Mansell and comes with a Certificate Of Authenticity.