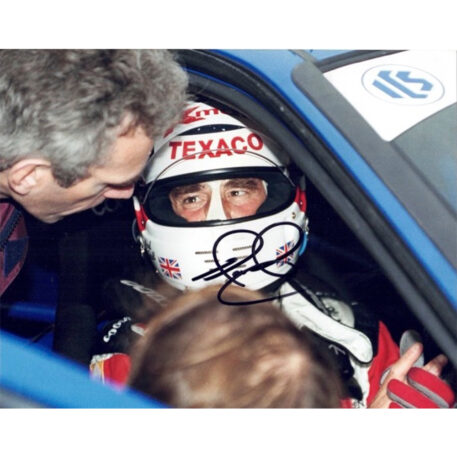 This 8″ x 10″ photo of Nigel Mansell sitting behind the wheel of his 1993 BTCC Ford Mondeo is signed by him in black marker pen.

Mansell took part in the 1993 TOCA Shootout, held at Donington Park. Mansell drove a Ford Mondeo with his usual red number 5. The race ended in disaster for Mansell; he was knocked unconscious following a crash with six laps remaining. He lost control of his car through the exit of the Old Hairpin, over-corrected the slide and collided with Tiff Needell’s Vauxhall Cavalier, resulting in a spin and a bad crash into the tire wall under the bridge.

The signed photo comes with a Certificate Of Authenticity.