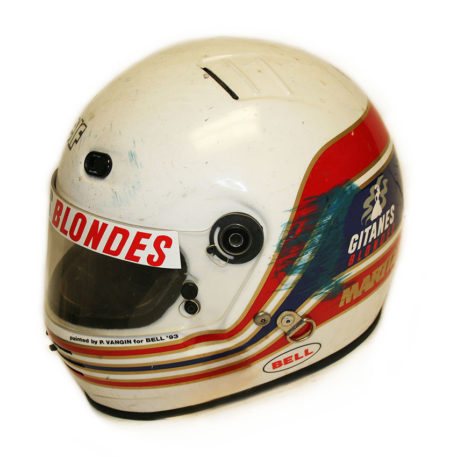 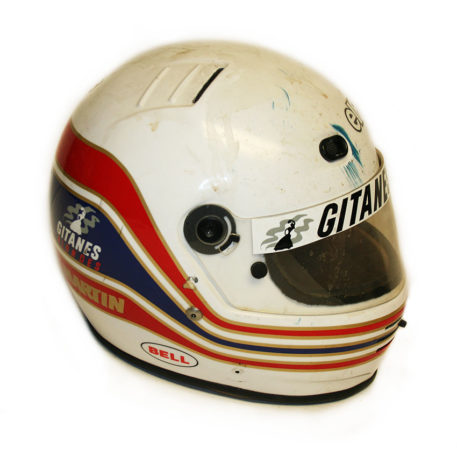 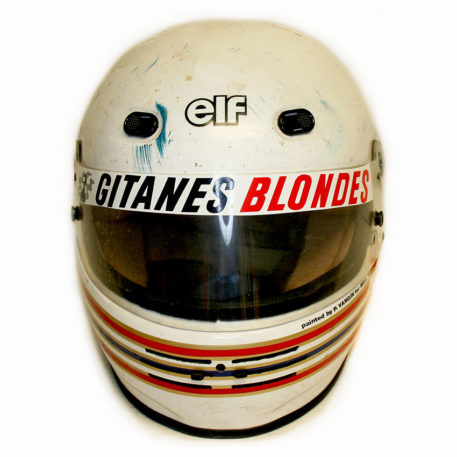 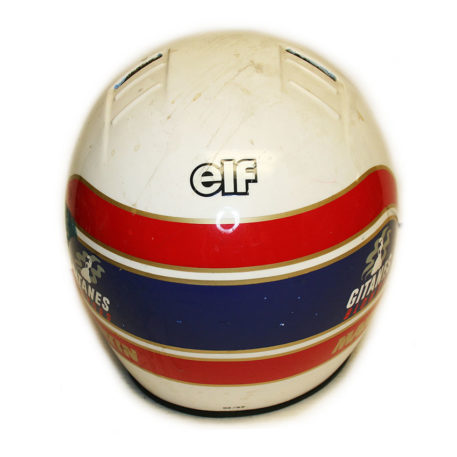 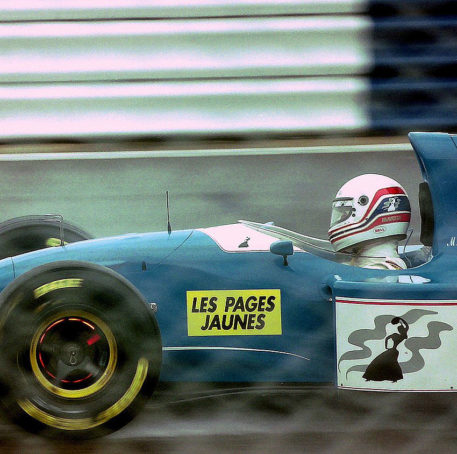 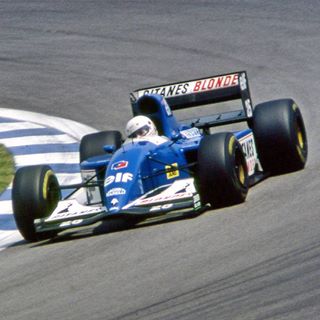 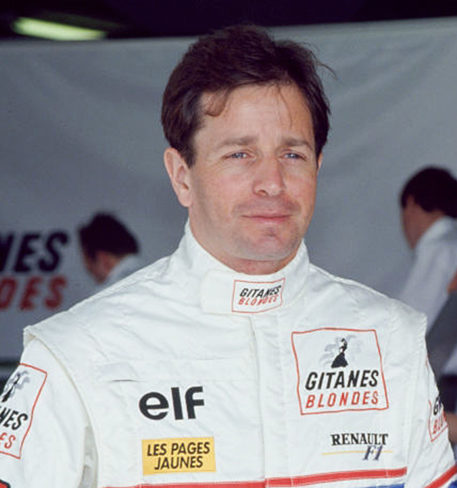 British Formula 1 driver Martin Brundle’s used and damaged Bell helmet. Worn while Brundle was driving in his one and only season for the French Ligier Gitanes Blondes Team, Brundle and team mate Mark Blundell managed to put in some good results during the season despite their Ligier Renault V10 powered JS39 having no active suspension which most other cars that season had . Both Brundle and Blundell had many top ten finishes.

The mainly white helmet has the red and blue gold edged ‘Brundle design’ widening stripes painted by P. Vangin running around it front to back. It has the Gitanes Blondes tobacco company logos to the sides and visor of the helmet as well as the Elf fuel logo to the top front and rear. The helmet has some blue paint scuffs as the result of an incident. Unlike today drivers only used half dozen or so helmets during a season so we presume this would have been used during race situations and damaged during a practise session as Brundle did not have any major race accidents during the 1993 season.