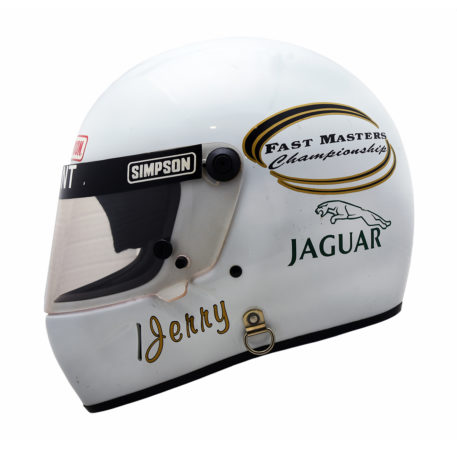 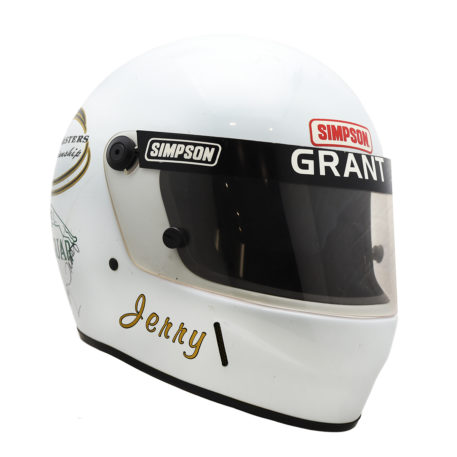 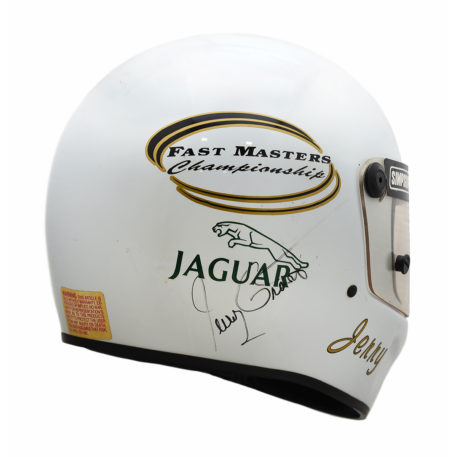 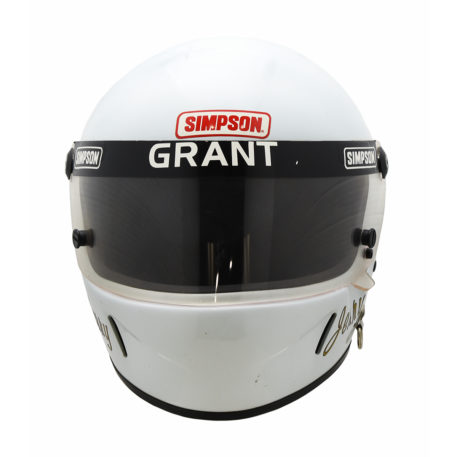 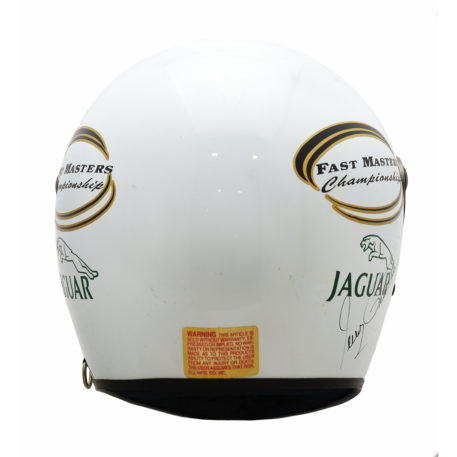 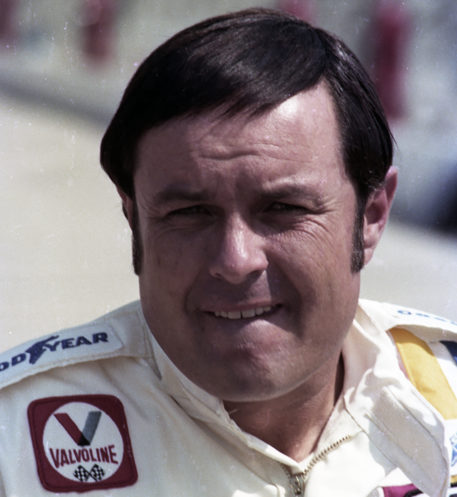 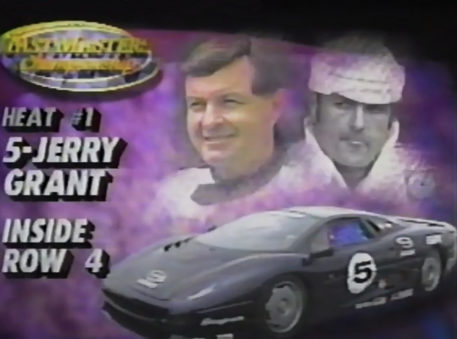 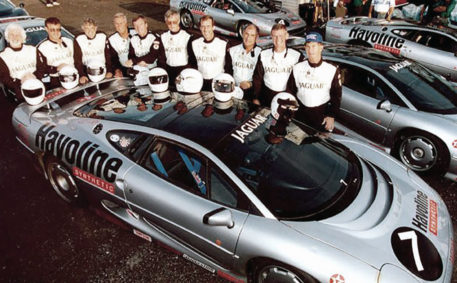 Helmet worn by veteran racing driver Jerry Grant during the ESPN Fast Masters Racing Series. The series was a made-for-television auto racing series, broadcast on ESPN in 1993, and featuring notable drivers over the age of 50, most of whom were retired from professional racing at the time. The Fast Masters Series was a summer-long elimination competition, with all racers driving identically prepared, $1.3 million road racing Jaguar XJ220 super cars racing on Bridgestone high-performance street tires. Because they were racing on a comparatively small track most of the cars suffered extensive damage after every race, so much so that many had to be rebuilt before the subsequent event. The races took place under the lights at the Indianapolis Raceway Park and the series was officially sanctioned by USAC.

IndyCar driver Grant began racing sports cars in Northern California in the early 1960s. He raced during the period between 1965 to 1977, making 54 career starts, including making the starting line up for the Indianapolis 500 a total of fourteen times. Grant was the first USAC IndyCar driver to break 200 miles per hour and he accomplished this at the Ontario Motor Speedway in 1972. He also had a spell in Endurance sports car racing competing in such events as the Le Mans 24 Hour and the Sebring 12 Hour races. After retiring from racing he worked in the industry as a racing representative for Champion Spark Plugs and various oil companies. Grant unfortunately would pass away in 2012 at the age of 77.

The all-white Simpson helmet bears the ‘Fast Masters Championship’ oval logo, as well as Jaguar lettering with the ‘Leaping Cat’ logo below this on both sides. Grant’s ‘Jerry’ moniker is on either cheek and the Simpson black visor strip bears his surname.

Jerry Grant personally signed this helmet and it comes with a full Certificate Of Authenticity.