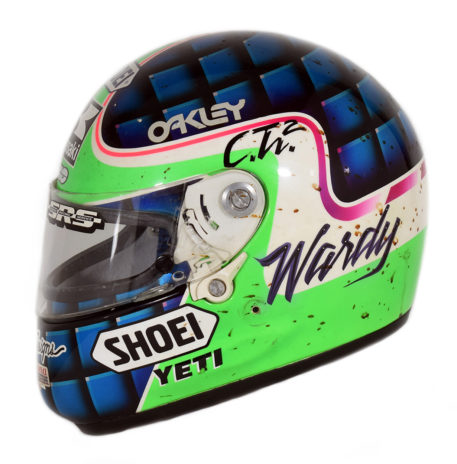 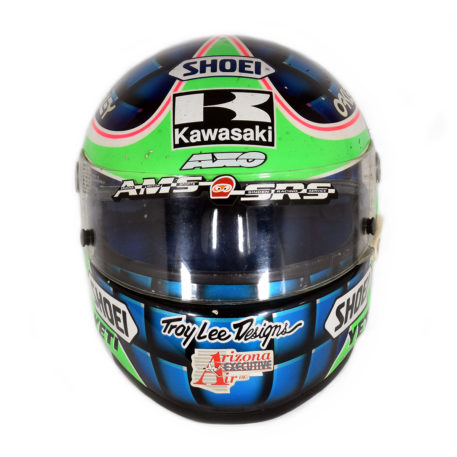 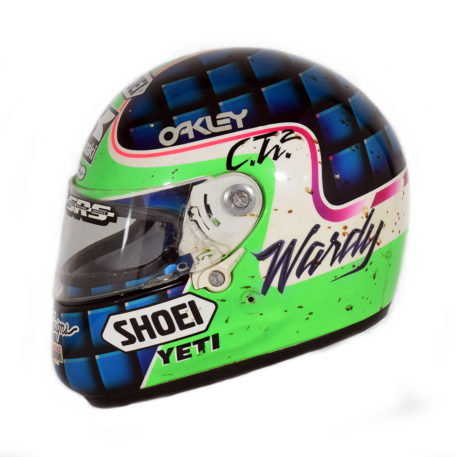 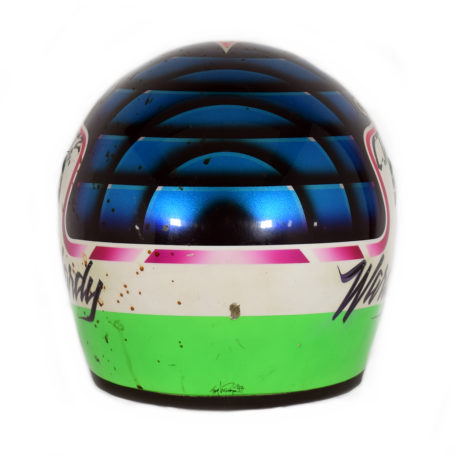 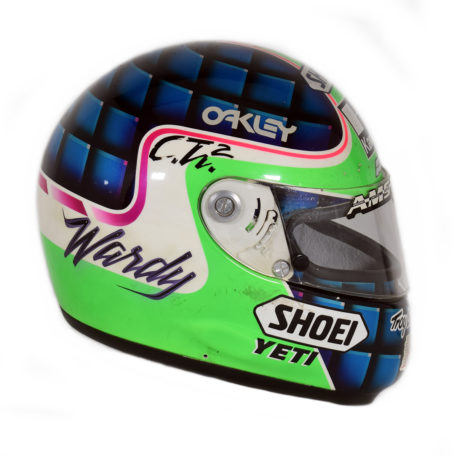 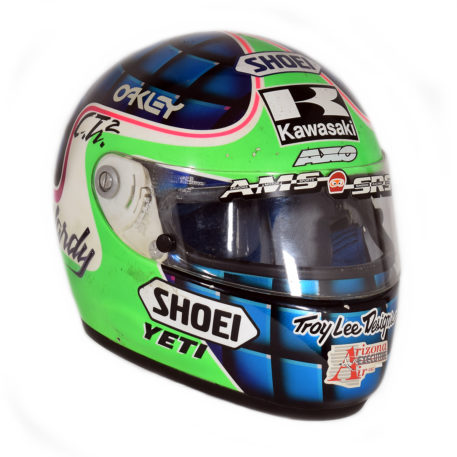 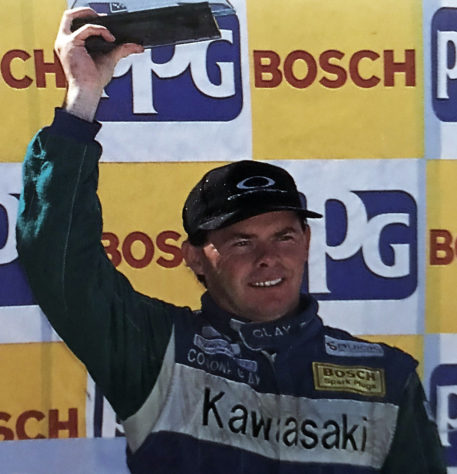 Helmet worn by multi-discipline motor sports star Jeff Ward. He was known as one of the best in the world on two wheels and, after retiring in 1993, Ward still had a desire for competition where he turned his attention to open-wheel auto racing in the IndyCar series. He entered the series at the Indy Lights level and, after some podium finishes in the series, he moved up to the Indy Racing League. Ward had sixty-one starts over a ten year period, having many top three finishes and winning in Texas while driving for Ganassi Racing. He also had 2nd, 3rd and 4th place finishes at the Indianapolis 500. Ward quit IndyCar and returned to two wheels winning several more championships and two gold medals at the X Games, with a brief stint in Rally Cross as well.

This Shoei X-4 helmet is from Ward’s early days in the Indy Lights Series during the 1993/94 season. The helmet, painted by Troy Lee Designs, has back and front panels that have been airbrushed blue on a black graphic design. It is divided by a green and white middle section that has a red to pink metallic broken stripe that runs round the top edge. Ward’s ‘Wardy’ nickname is on both sides of the helmet. It also has Ward’s three sponsors’ of the day, Kawasaki Motorcycles, Arizona MotorSports and Executive Air, decals on the front top, visor and chin.

This Shoei helmet model is quite rare and is the same helmet model used by Ayrton Senna at the time. Add this highly collectible helmet to your collection today.