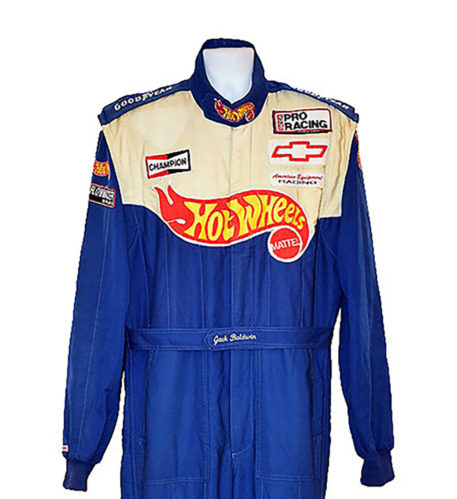 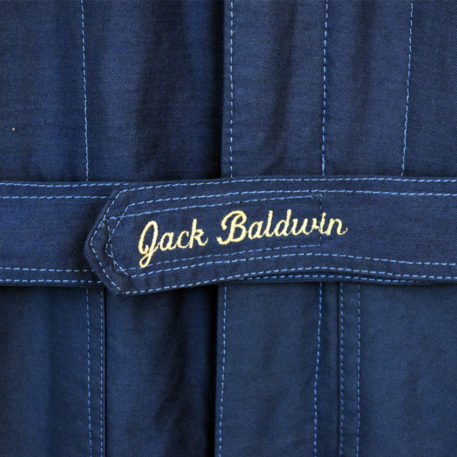 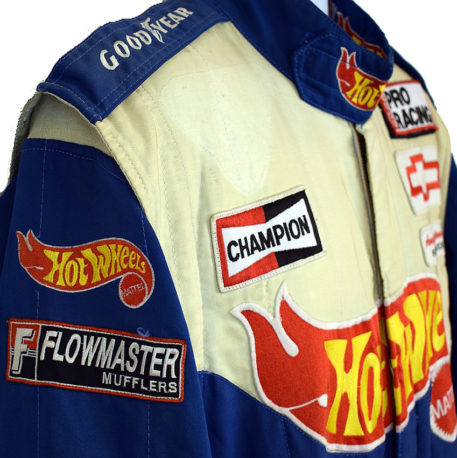 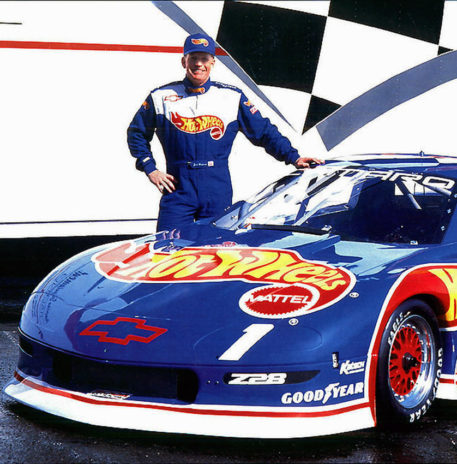 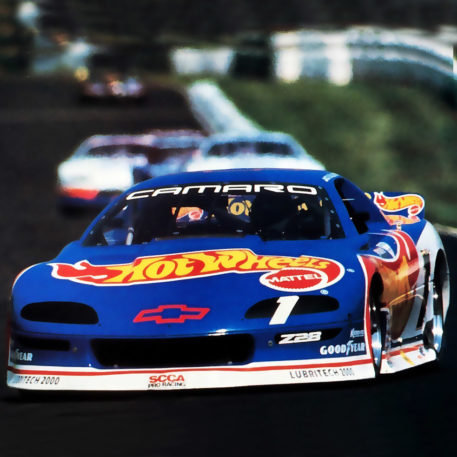 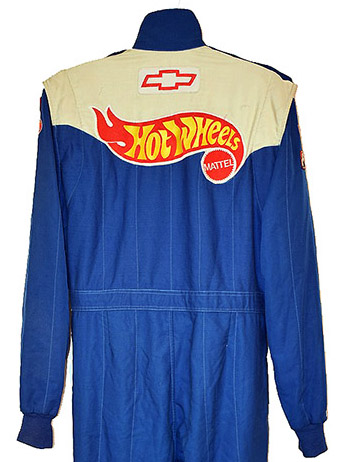 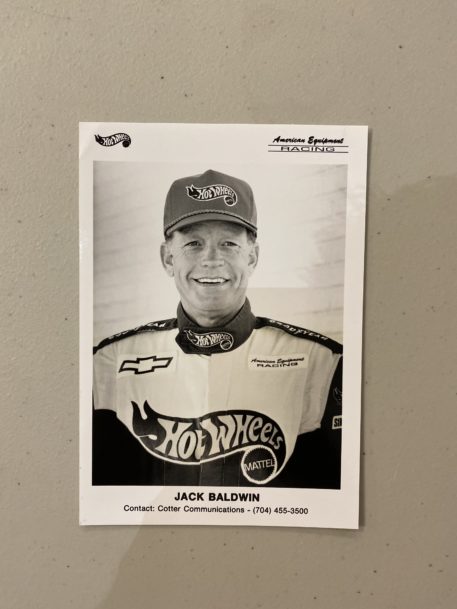 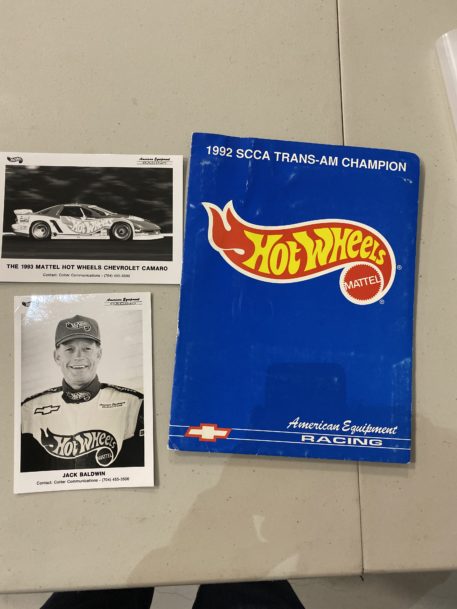 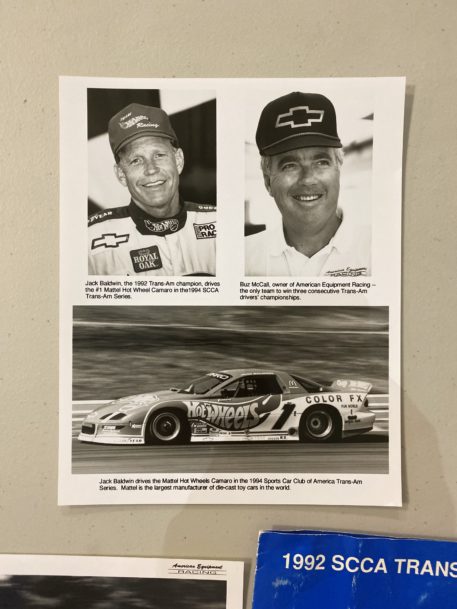 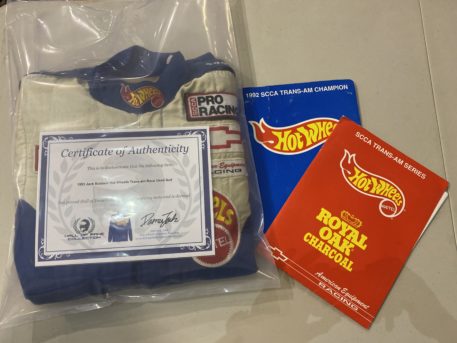 Race suit worn during the 1993 Trans-Am season by American Jack Baldwin while driving a ‘Mattel Hot Wheels’ Chevrolet Camaro. As the reigning 1992 Trans-Am Series Champion, he would finish as runner-up in the ’93 championship, as he had  in ’91. Baldwin had five wins and many podium finishes over this three year period. A legend of road racing, Baldwin had victories at every major race track in the United States during a successful career that spanned four decades, including 5 professional Championships, one Daytona 24 Hour win and two 12 Hours Of Sebring wins.

This blue suit has a white upper chest and back, both of which have major sponsor’s ‘Hot Wheels’ logo embroidered on them. The suit also has ‘Hot Wheels’ on the neck and arms as well as the ‘Chevy bow tie’ and team suppliers Champion, American Racing and Flowmaster patches sewn elsewhere on the suit. Baldwin’s name is embroidered on the waist belt.

The suit comes with a Certificate Of Authenticity as well as two original press packs.