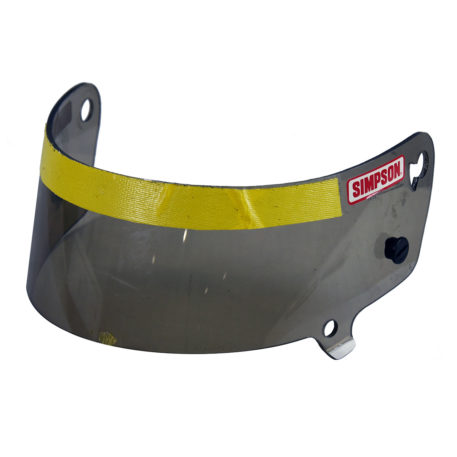 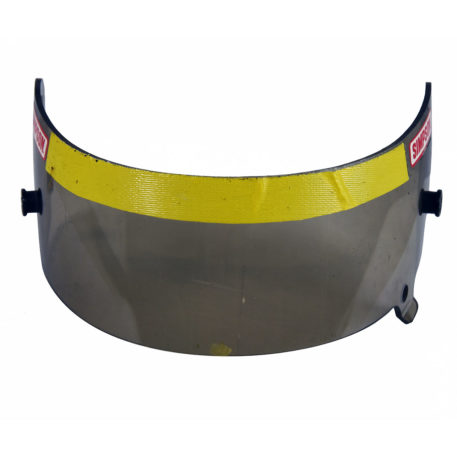 Simpson helmet visor used by veteran American open-wheel driver Gary Bettenhausen. He was a member of the famous Bettenhausen family with his father Tony Sr. and both brothers Tony Jr. and Mearl all being race drivers. Starting his career in Midget cars and then Sprint cars in the mid-60s Gary graduated to Indy/CART Championship Cars and was a regular entrant at the Indianapolis 500. Toward the end of his career he would only run at the Indy 500. Sadly Bettenhausen passed away in 2014 at the age of 72.

This visor was used during the 1993 Indy 500 while Bettenhausen was driving the Team Menards Lola T93. The tinted visor still bears the yellow ‘duct’ tape personally applied by Bettenhausen himself to act as a sunblock strip. It also has some adhesive residue on the bottom of the visor where Bettenhausen had attached a visor lift. It can be seen being worn during the event in the accompanying pictures.