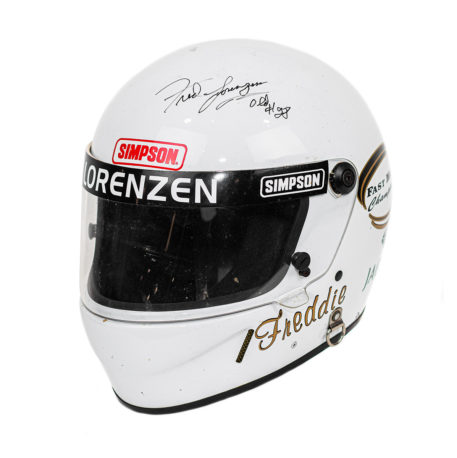 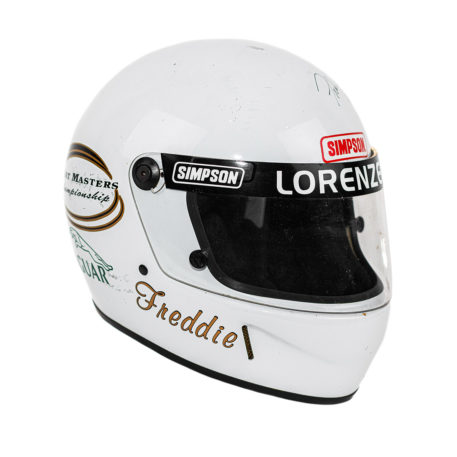 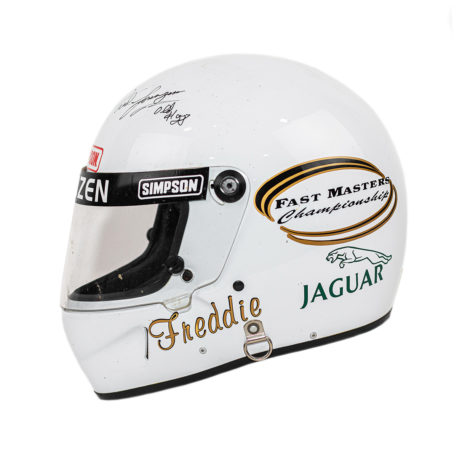 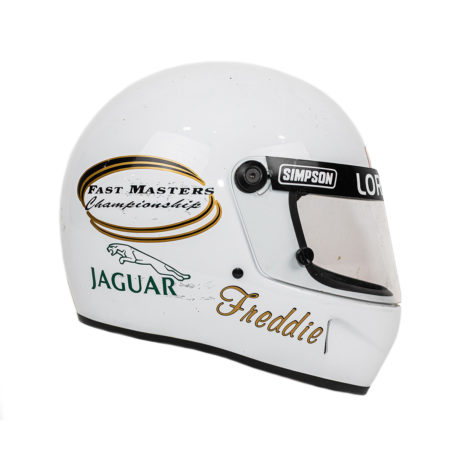 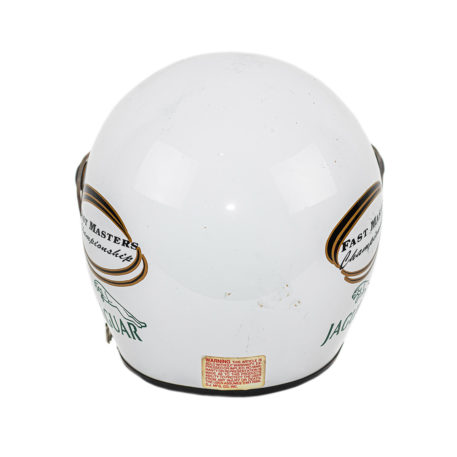 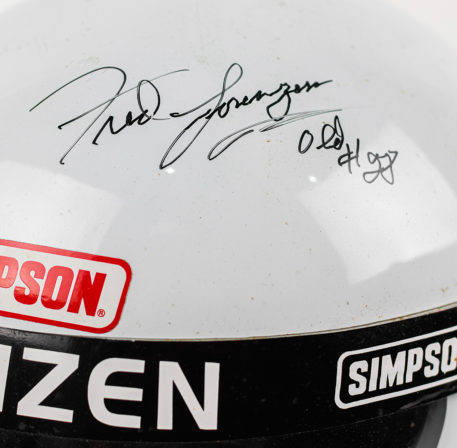 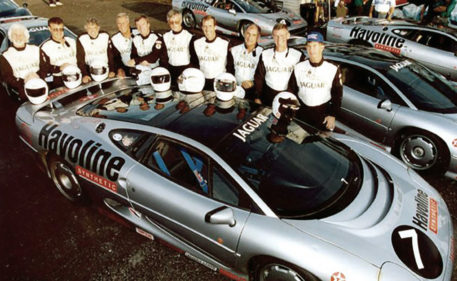 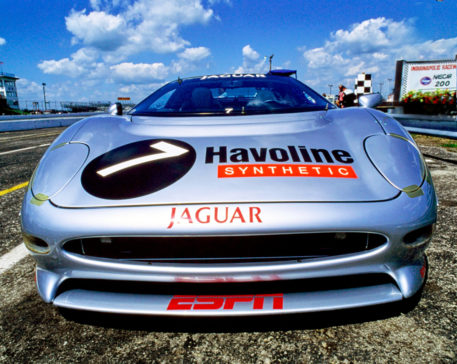 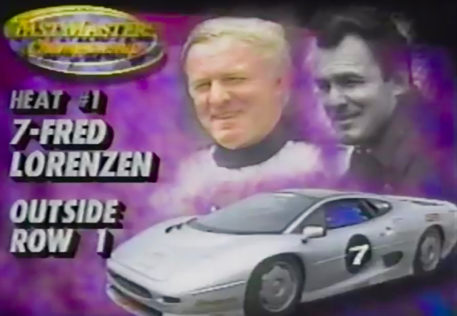 Simpson helmet used by NASCAR legend Fred ‘Freddie’ Lorenzen during the ESPN sponsored ‘Fast Masters’ series in the summer of 1993. Racing’s biggest names from IndyCar, Sports Cars, Nascar, and even the NHRA, came out of retirement to race in this series with the winner taking home $100,000 in prize money.

Many aging racing stars, including the likes of Parnelli Jones, Johnny Rutherford, Bobby Unser, Bobby Allison, Fred Lorenzen, Derek Bell, George Follmer, Ed McCulloch, Eddie Hill and Paul Newman, just to name a few, were to drive 12 of Jaguar’s brand-new, ultra-rare, $1.3 million road racing XJ220C super cars around the 0.686-mile Indianapolis Raceway Park oval as well as a purpose-made road course in the infield of the IRP. Unfortunately, things did not go to plan as these super cars were not equipped to take the rigorous punishment that this type of racing presented. As a result most of the cars suffered damage after every race, so much so that many had to be rebuilt before the subsequent event. The series was quickly dubbed the ‘Crash Masters’ series as the alloy-bodied beauties became demolition derby specials every Saturday night. The eventual winner of the series was ex IndyCar star, Bobby Unser.

The all-white helmet has the ‘Fast Masters Championship’ oval logo and Jaguar lettering with the ‘Leaping Cat’ logo below this on both sides. Lorenzen’s ‘Freddie’ moniker is on either cheek and the Simpson black visor strip has his surname.

This quirky piece of race memorabilia comes personally signed by Freddie Lorenzen, with his old race #98 added to the signature. This is likely your only opportunity to own a helmet worn by the 1965 Daytona 500 winner.