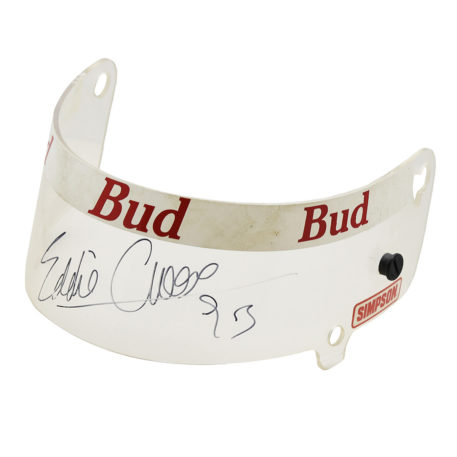 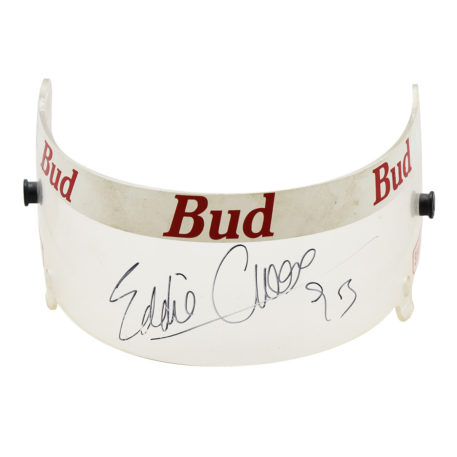 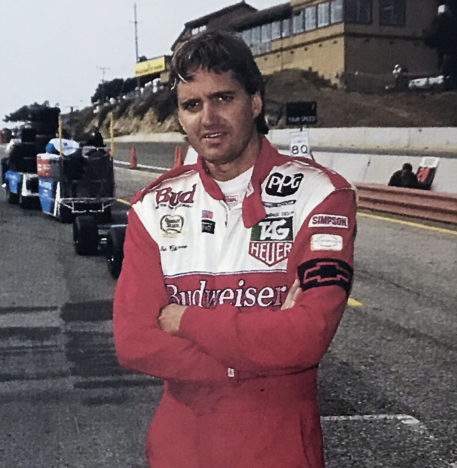 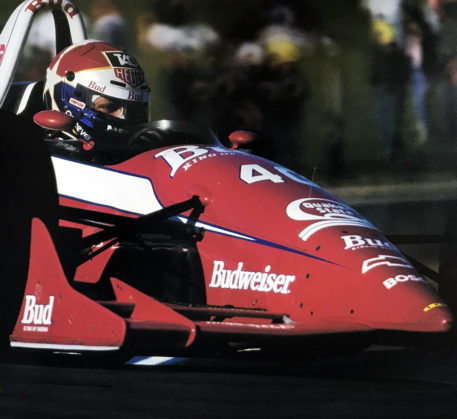 This visor was used during the 1993 CART IndyCar series while Cheever was employed by Kenny Bernstein’s King Racing team. He competed in the last three races of the season where Cheever would replace Roberto Guerrero, making this visor quite a rare item.