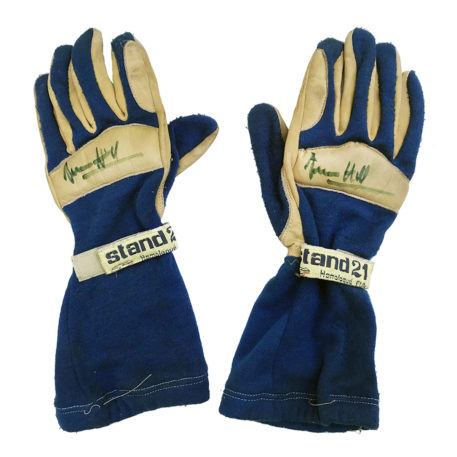 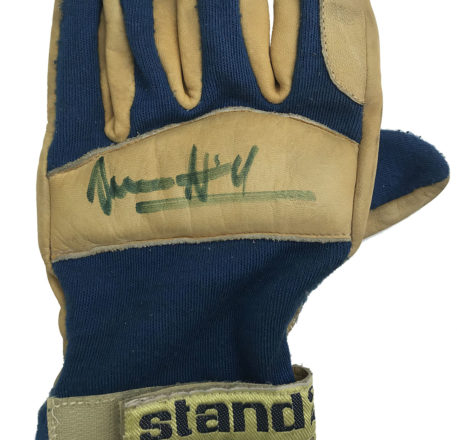 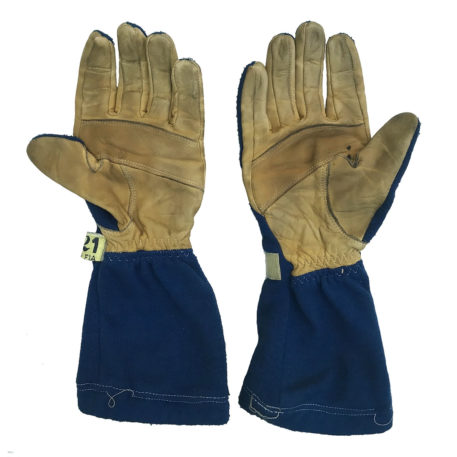 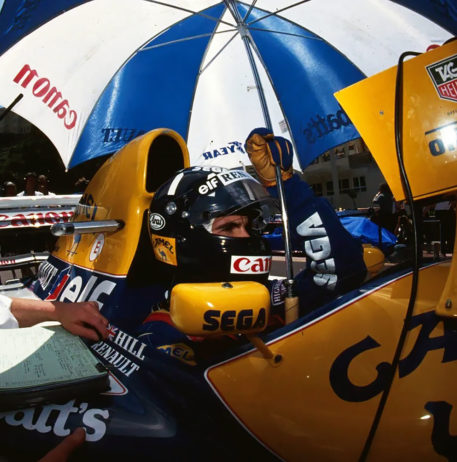 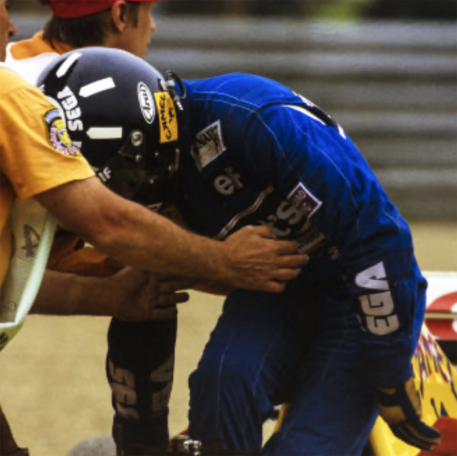 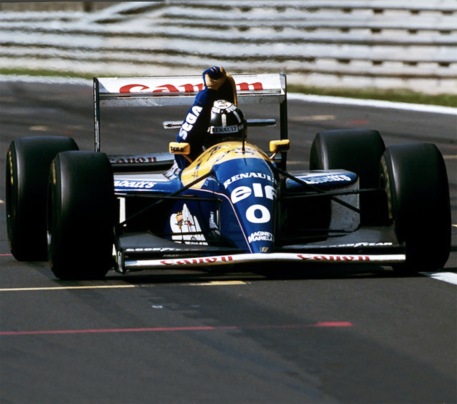 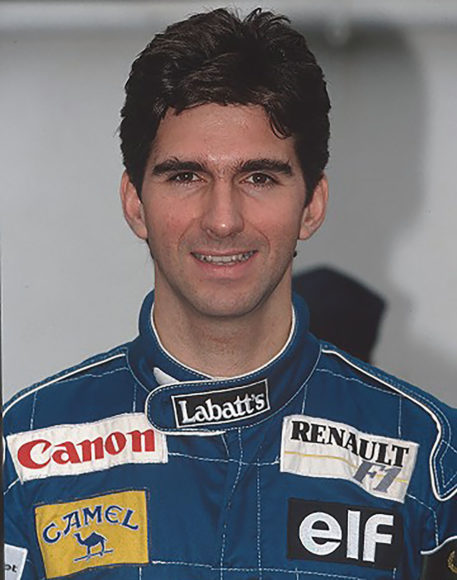 Pair of Stand 21 racing gloves used by the British driver Damon Hill in 1993 while making his debut driving for the Canon Williams F1 team. Hill, the son of former two-time World Champion Graham Hill, was a surprise choice to take the seat at Williams due to his inexperience in Formula 1 with just two race finishes. However, Hill proved his worth by finishing on the podium ten times that included three victories. This saw him finishing a strong third place in the driver’s standings. Hill would go on to win the World Championship with the team in 1996.

The blue gloves have padded tan leather panels over the knuckles. They also have tan leather palms and fingers. The Velcro fastening straps have Stand 21 branding labels stitched to them. Damon Hill has personally signed both gloves on the knuckle panels with a blue marker pen.