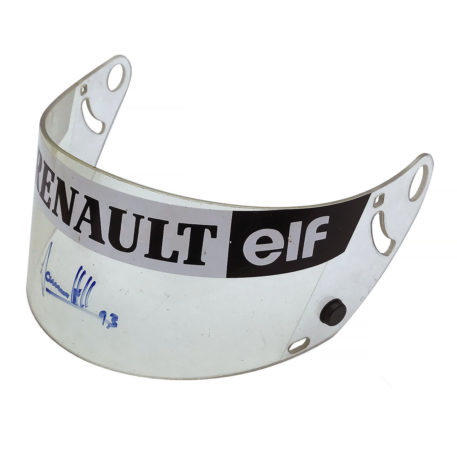 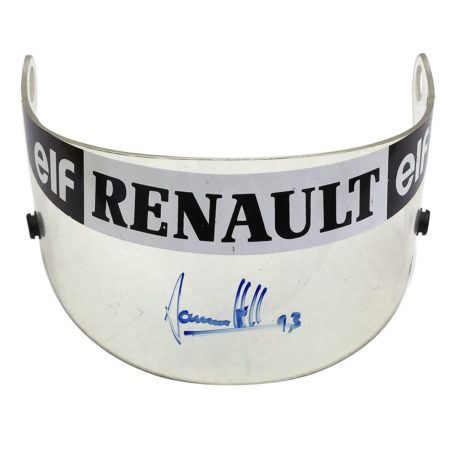 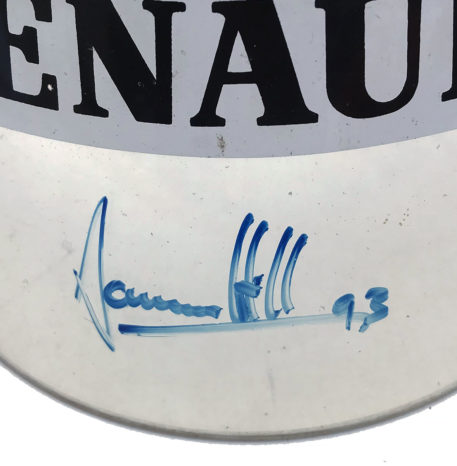 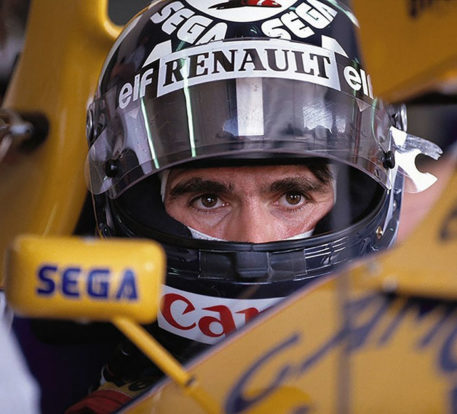 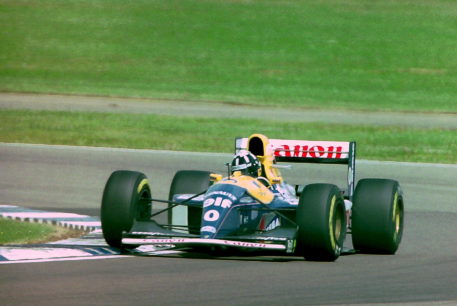 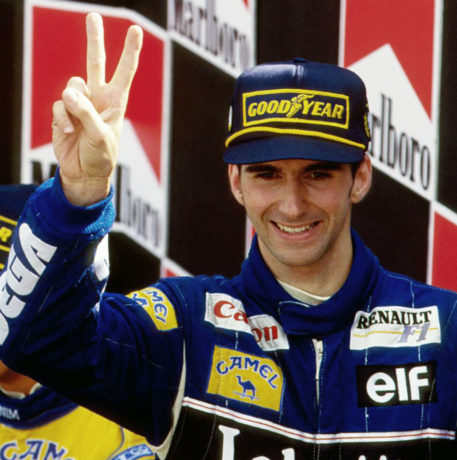 Arai helmet visor race-used by British driver Damon Hill in 1993, his first season driving for the Canon Williams F1 team. Hill, son of former two-time World Champion Graham Hill, was a shock choice to take the seat at Williams due to his inexperience in Formula 1. However, Hill proved his merit by scoring ten podium finishes that included three victories, which saw him take third place in the driver’s standings. Hill would go on to win the World Championship with the team in 1996.

It has been personally signed and dated by Damon Hill with a blue marker pen and comes with a full Certificate Of Authenticity.