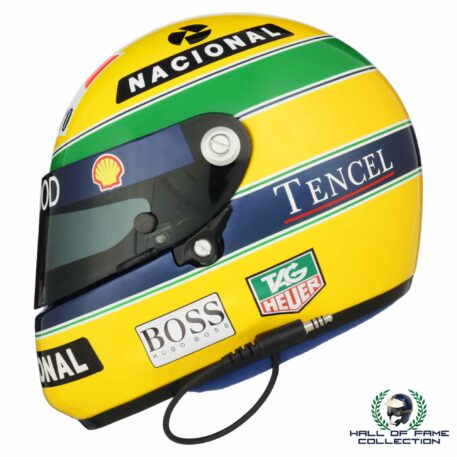 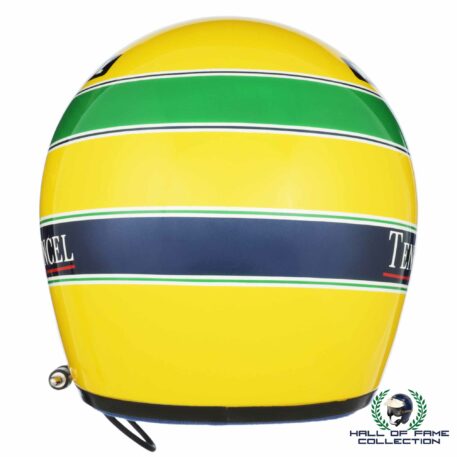 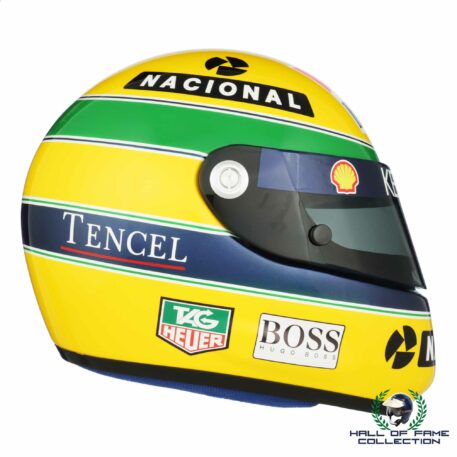 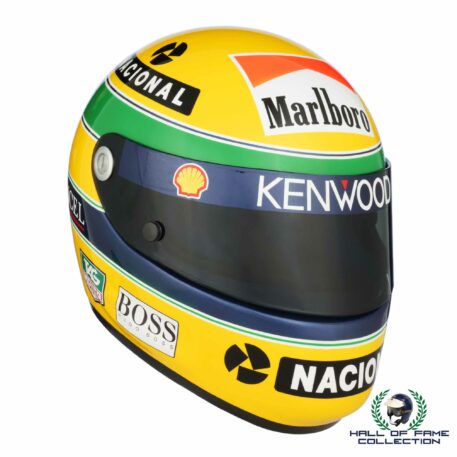 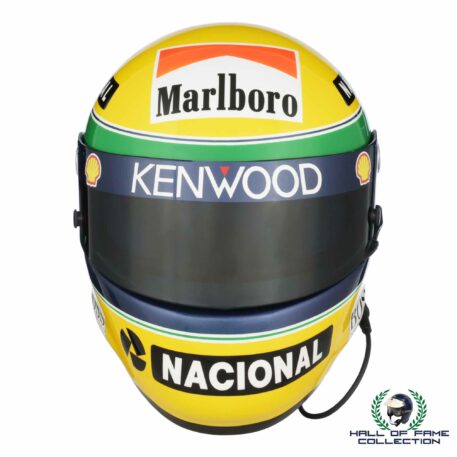 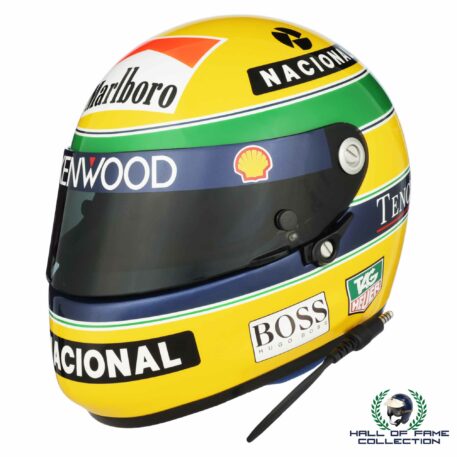 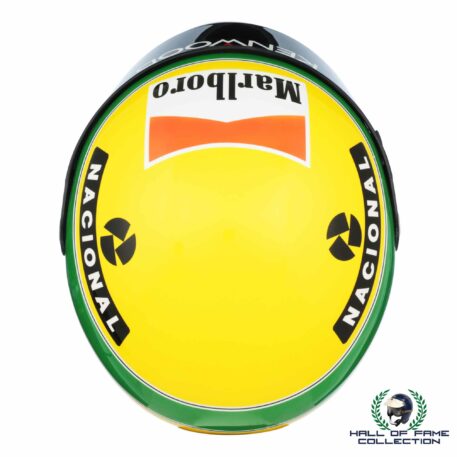 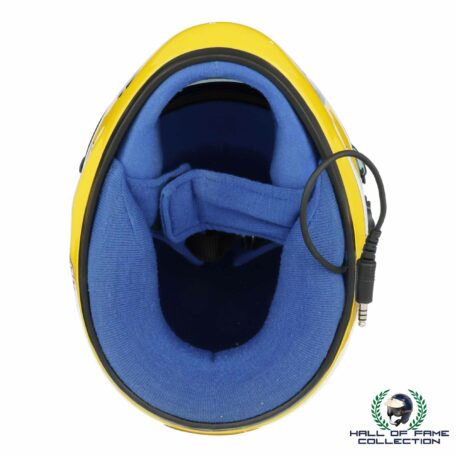 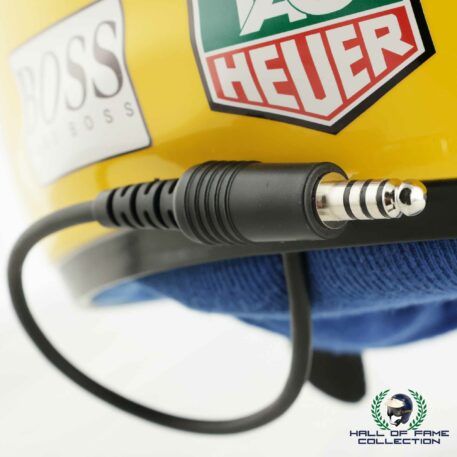 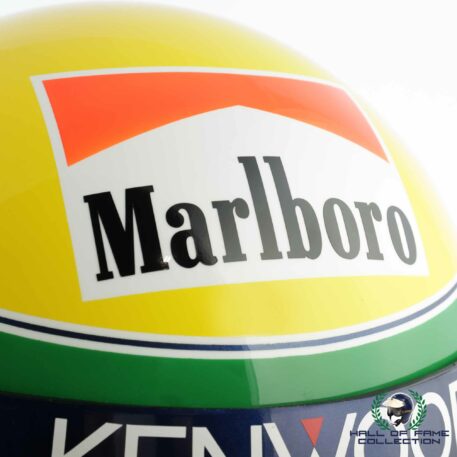 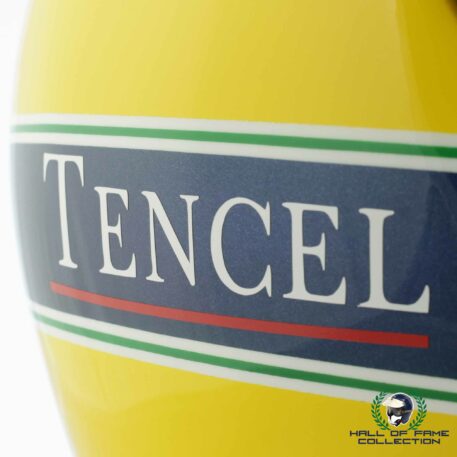 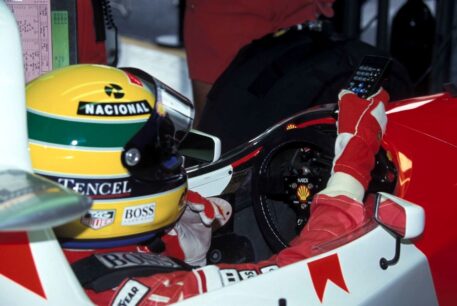 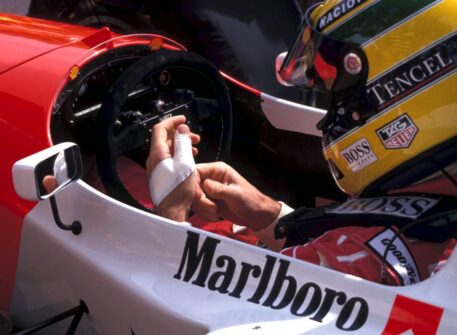 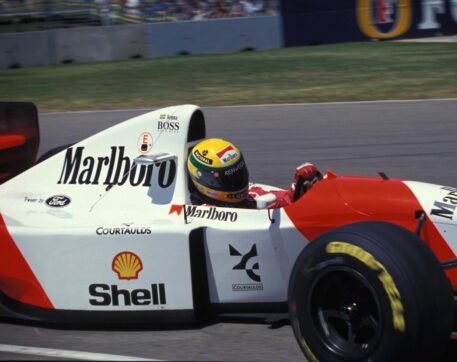 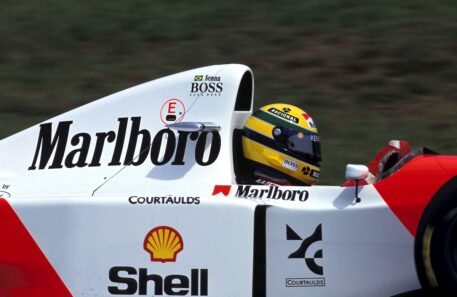 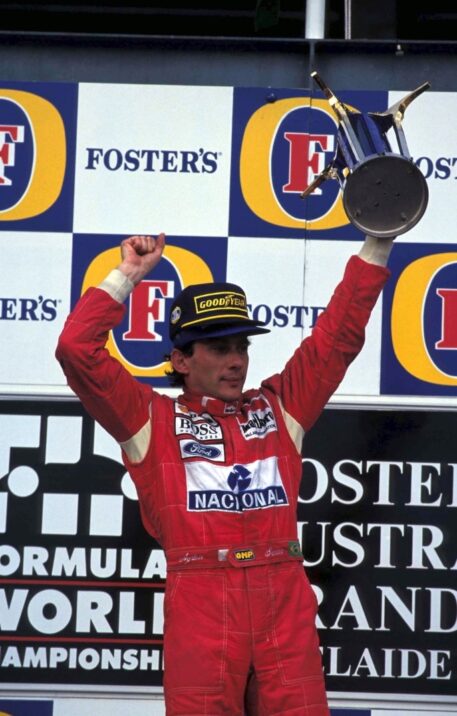 A period correct Shoei X4 helmet painted to be a perfect replica of the one worn by Ayrton Senna in the 1993 F1 season while driving the Ford V8-powered MP4/8 Marlboro McLaren.

In his karting days, Senna’s helmet consisted of a plain white background with notable features absent. He experimented with several designs to satisfy him, such as a white, yellow, and green helmet, before settling on a design by Sid Mosca that included a yellow background with a green stripe surrounding the upper visor and a light metallic blue stripe surrounding the lower visor (both stripes are delineated in the other stripe’s color) that was first seen in 1979.

According to Mosca, the blue and green stripes symbolized movement and aggression, while the overall yellow colour symbolized youth; the three colours were also identifiable with the Flag of Brazil. After that, the helmet never had significant changes, apart from sponsorship. One such change was that Senna occasionally altered the stripe from blue to black. The tone of yellow changed a number of times, while usually a rich sunburst yellow, in 1985 and 1986 in some races, he used a fluorescent neon yellow color. In 1994, the helmet was a lighter, paler yellow to complement the blue and white of the Williams car. He used a number of helmet brands throughout his career. From 1977 to 1989, he used Bell (Star – ’77 to ’82, XFM-1 – ’83 to ’89), from 1990 to 1991 Honda’s own Rheos brand, 1992 to 1993 he used Shoei (X-4) and for 1994 he returned to using Bell (M3 Kevlar).

The Shoei X4 is one of the most beautiful Senna designs of his career so don’t hesitate to add this rare piece to your collection today.