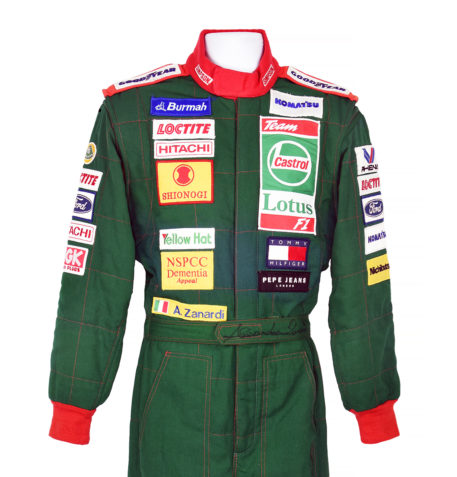 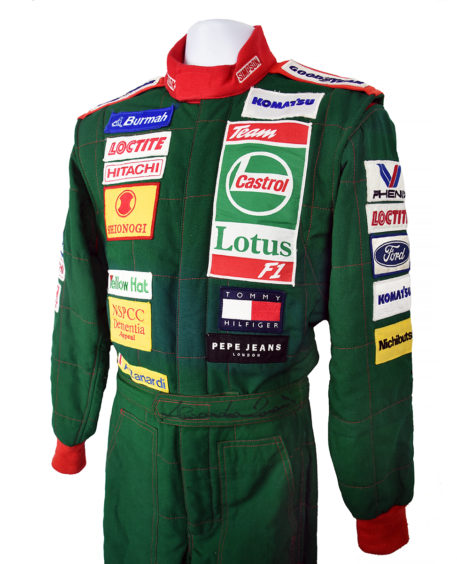 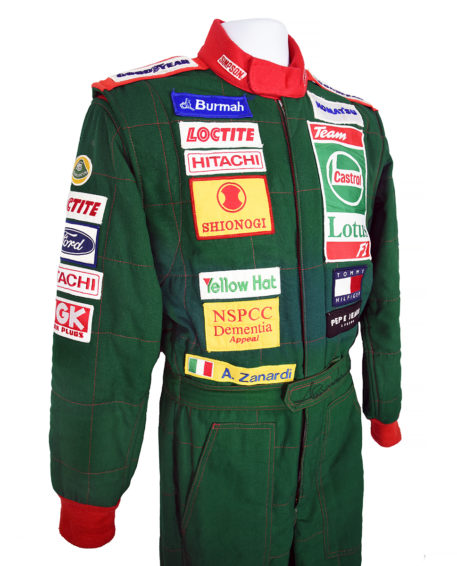 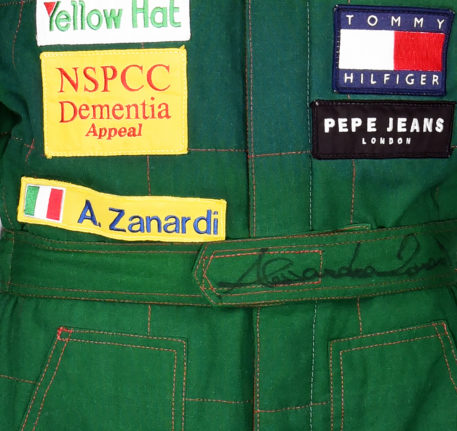 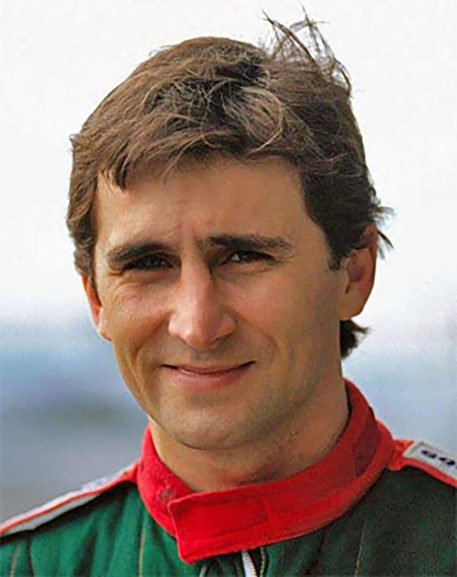 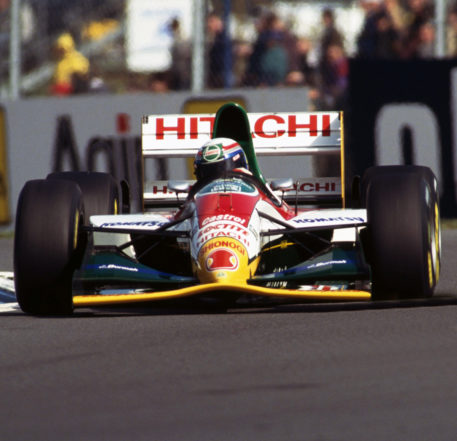 Simpson race suit race-used by the very popular Italian Alex Zanardi during his first of two seasons with the Castrol Team Lotus. Unfortunately Zanardi and teammate Johnny Herbert would struggle with the reliability of the Ford-powered Lotus 107B. Zanardi’s season was highlighted with a sixth place finish at the Brazilian Grand Prix before his season sadly ended prematurely after he sustained a concussion as a result of a crash in practice for the Belgian Grand Prix.

Zanardi’s career however would take off in 1996 when a move to the US resulted in back-to-back CART Series Championships in 1997 and 1998. A move back to F1 in with Williams in 1999 was a struggle so the Italian headed back to CART to drive for Mo Nunn Racing. Sadly, while leading the race in Germany, Zanardi spun and was collected by Alex Tagliani. This resulted in him losing both legs. His story though was far from over as he came back to race and win again in Touring Cars before finding his new sport of hand cycling. Zanardi captured Gold Medals in both the World Championships and the Olympics Games. He is one of the most inspirational sportsman of all time.

The red-stitched ‘Lotus Green’ suit has a red collar, cuffs and shoulder pulls. It is adorned with many sponsor/suppliers branding patches which were customary for most race suits of this period in F1 racing. Unlike today, many of the smaller teams in the early ’90s relied on sponsorship and would seek finances from many different benefactors. This suit has sponsor/suppliers patches from Shionogi, Hitachi, Loctite, Burmah and NGK to name just a few. Some of these patches would be removed and replaced at different events throughout the season. For example, there are patches that can clearly be seen to have been removed from both the front and back of this suit. Zanardi’s name and national flag patch has been attached to the right waist just above the waist belt.

Alex Zanardi has personally signed the belt in black marker pen and it comes with a full Certificate Of Authenticity.