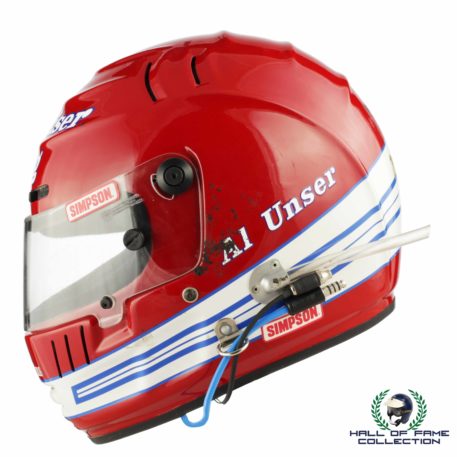 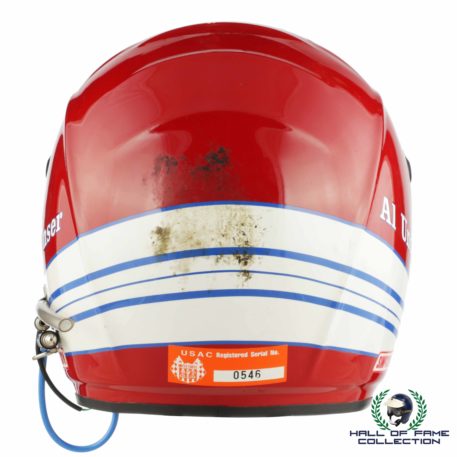 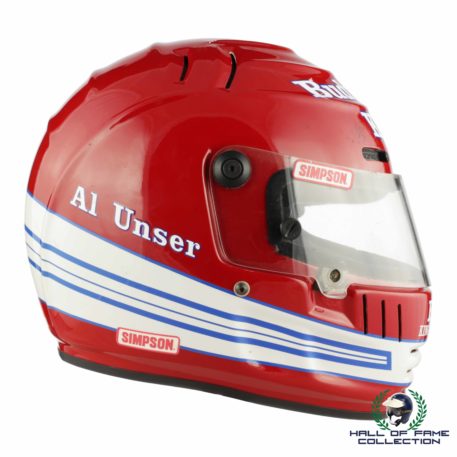 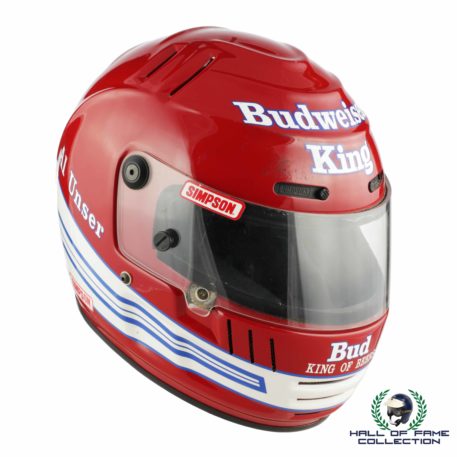 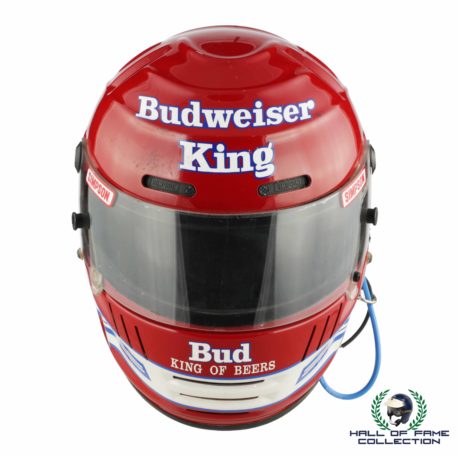 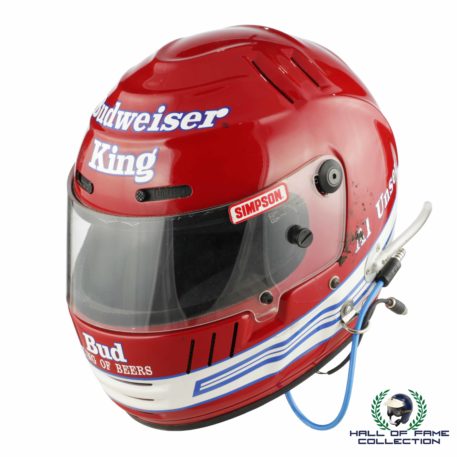 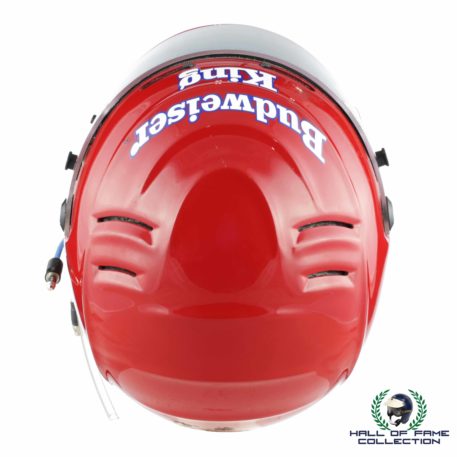 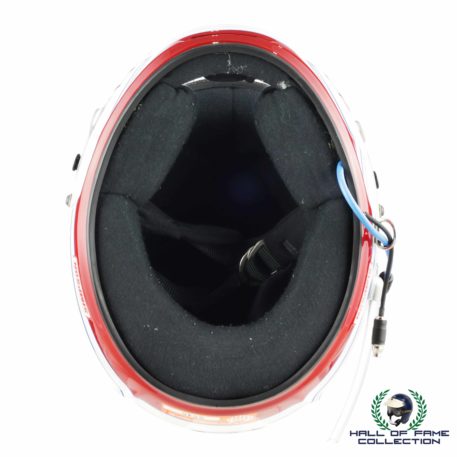 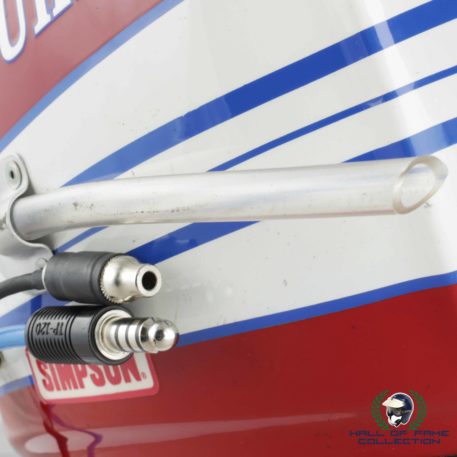 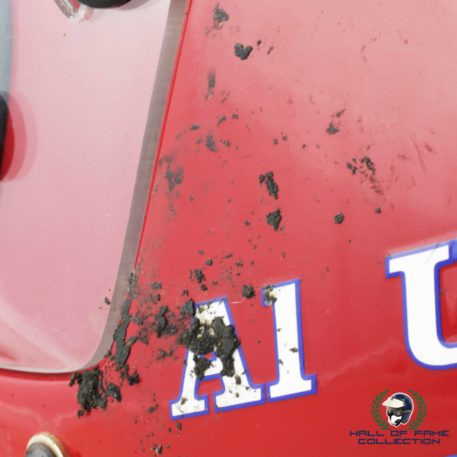 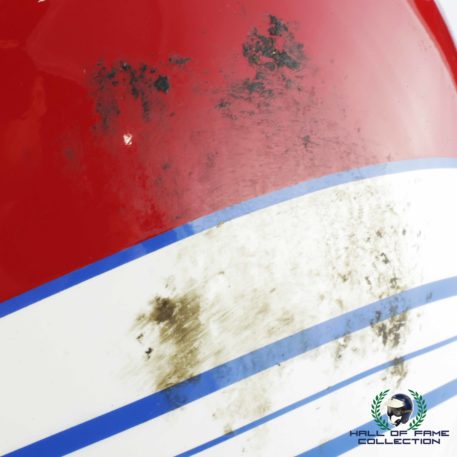 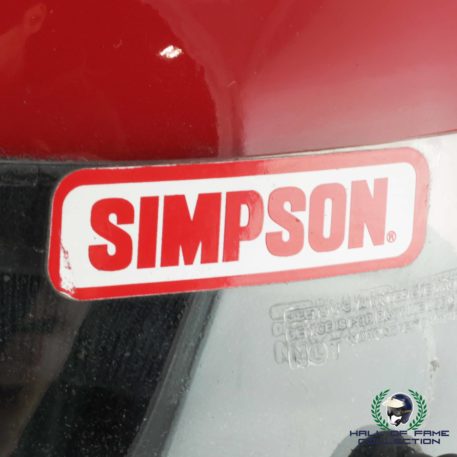 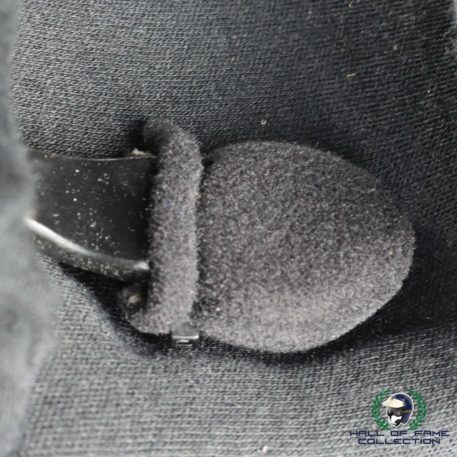 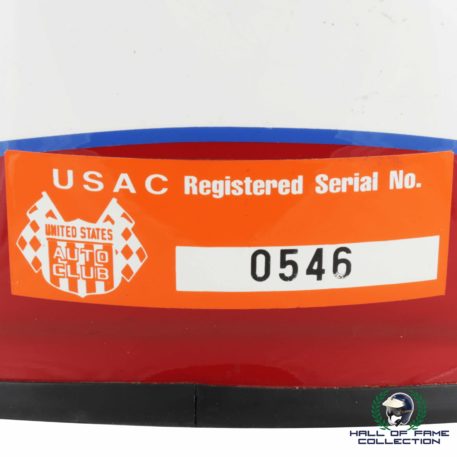 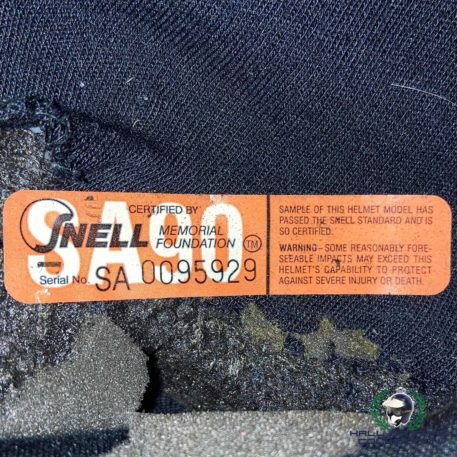 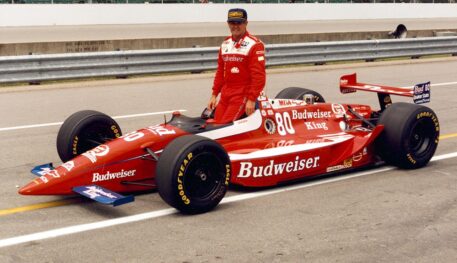 Simpson helmet worn by Al Unser during the 1993 Indy 500 event. The helmet shows good track use and still retains its original radio and pop off valve.

Al Unser was the youngest of four brothers that led a family assault on racing’s record books, becoming most famous for their domination of the Pikes Peak Hill Climb and the Indianapolis 500.

The Unsers won the “500” a record nine times, including four by “Big Al”. He won in 1970 and ’71 for Vel’s Parnelli Racing, in 1978 for Jim Hall and in 1987 for Penske Racing, joining A.J. Foyt as a four-time winner at Indianapolis Motor Speedway. Unser was part of the 1965 rookie class that included Mario Andretti, Joe Leonard, Gordon Johncock and Masten Gregory.

Unser’s name is synonymous with success, having led a record 644 laps in his career at Indy, and he remains the oldest Indy 500 winner (five days shy of his 48th birthday) and the driver with most number of years between “500” victories (17 years). Unser and AJ Foyt are the only two drivers to have completed more than 10,000 miles in the event’s history, and he won the ’87 race with a year-old March that had been a show car in a Reading, Pa., hotel lobby just weeks before. Unser would win from the 20th starting position as a second-weekend qualifier while replacing the injured Danny Ongais. 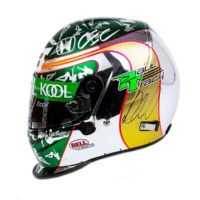