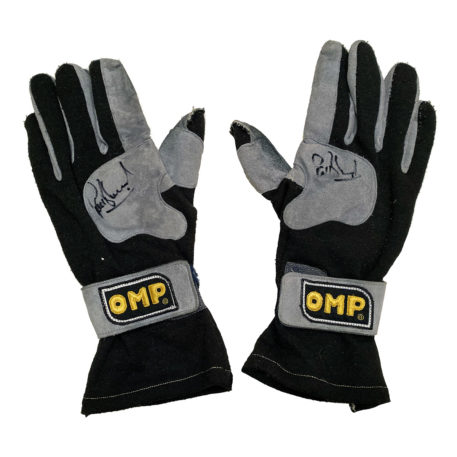 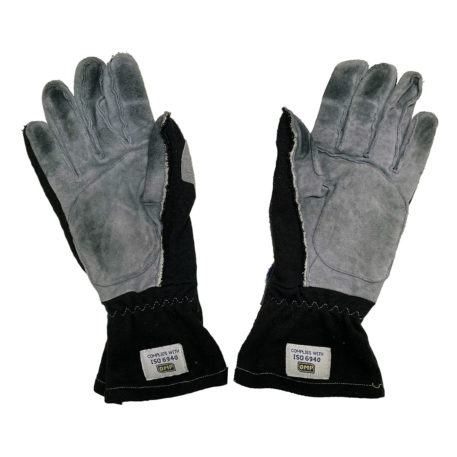 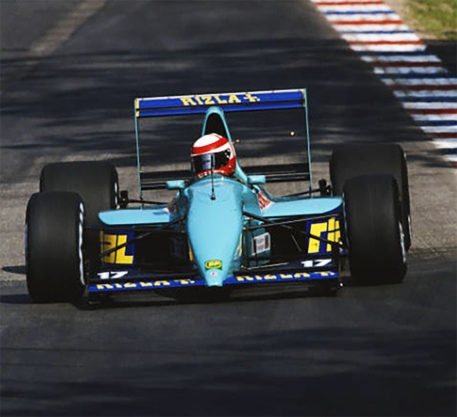 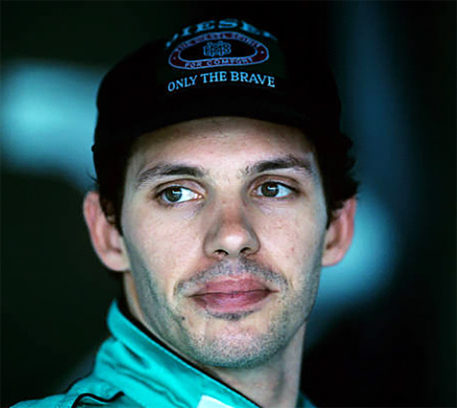 Gloves worn by former Formula 1 and endurance sportscar driver Paul Belmondo. The French driver used these gloves during the 1992 Formula 1 season where he drove for the Leyton House March F1 Team. He attempted to qualify for all races during the season making the starting field on four occasions. He returned to F1 in 1994 to drive in two events for the Pacific Grand Prix team.

These black OMP gloves have grey leather palms and knuckle panels along with Velcro fasting straps the have the OMP branding patch attached. The Gloves have been Personally signed by Paul Belmondo and come with a full Certificate of Authenticity.