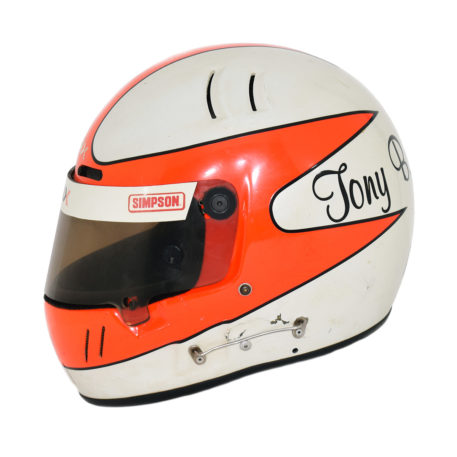 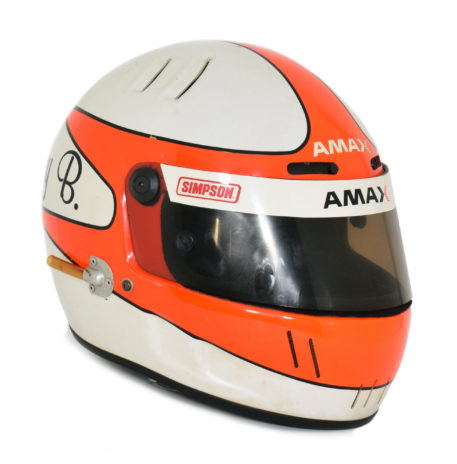 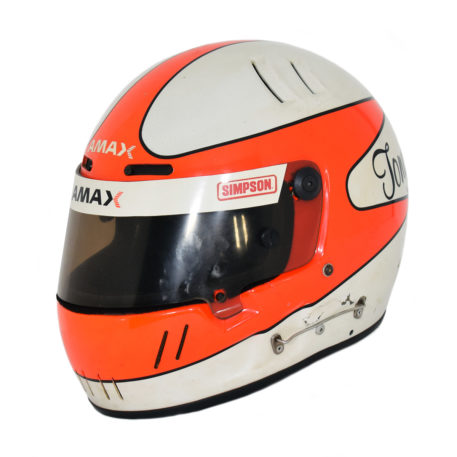 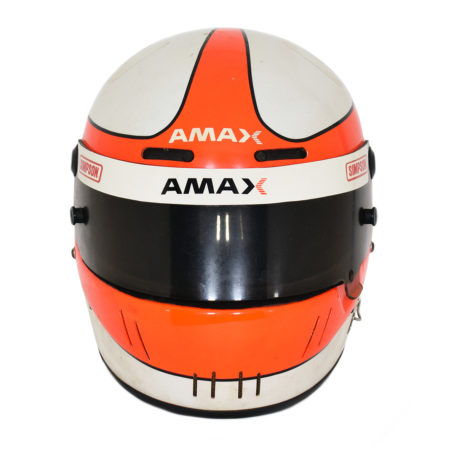 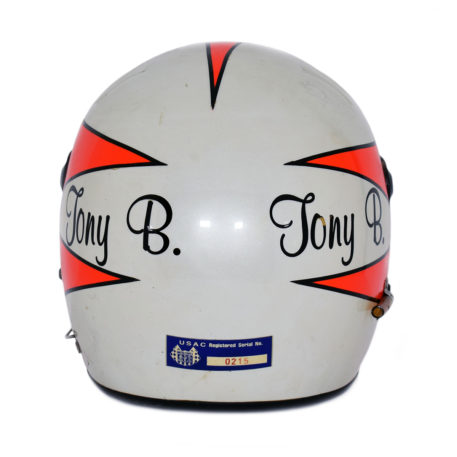 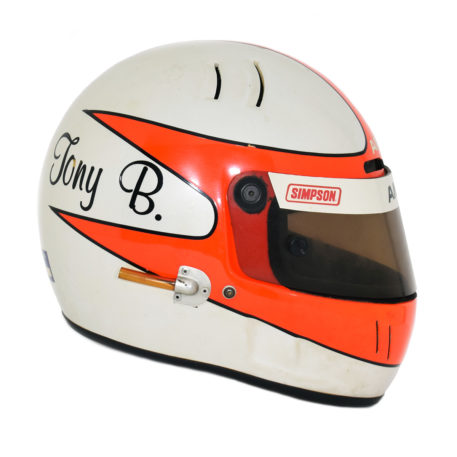 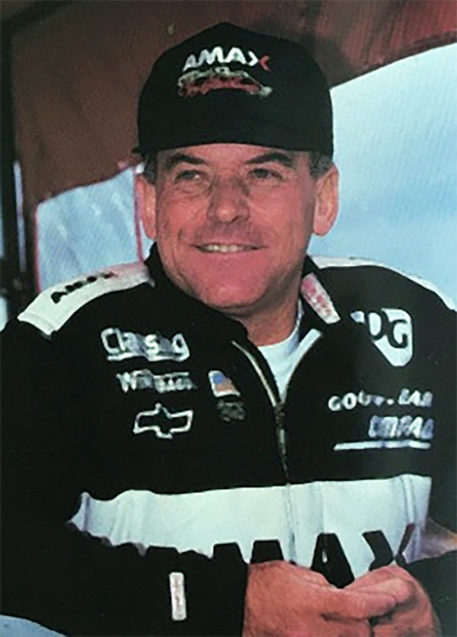 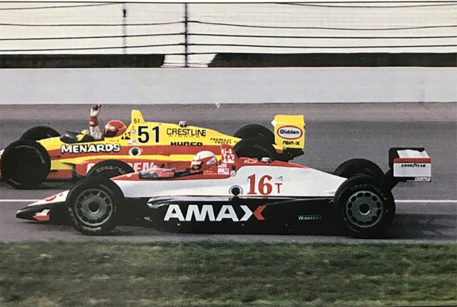 The helmet was used by Bettenhausen Jr., driving a Penske Chevrolet for his own Bettenhausen Racing organization, in the 6th of the sixteen races scheduled in 1992. The base color is white and has an orange, black-edged, five-pointed ‘star-like’ design running around the eye-port with the points extending around and over the top of the helmet.  Bettenhausen Jr’s, ‘Tony B’ name is on both sides in black. On the top front, above the visor, is a team sponsor Amax decal. The helmet also has an Amax visor strip. The helmet retains its original USAC tech sticker from the Indy 500 that season.

This helmet comes from the famous Ron Burton Collection. The helmet is one of 170 helmets which were on display at the famous Union Jack Pub in Speedway (Indianapolis) Indiana. Ron Burton is a famous artist who often traded his paintings with drivers for one of their helmets. We are proud to offer this unique collection of many rare helmets and original artwork.