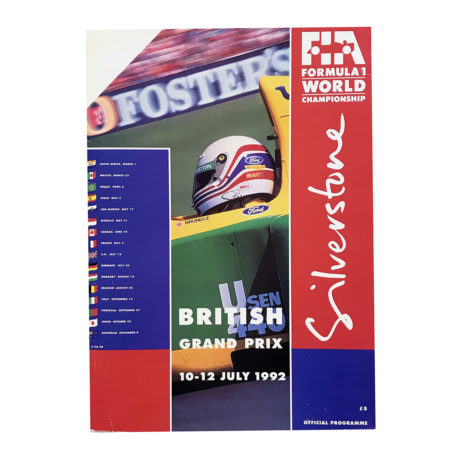 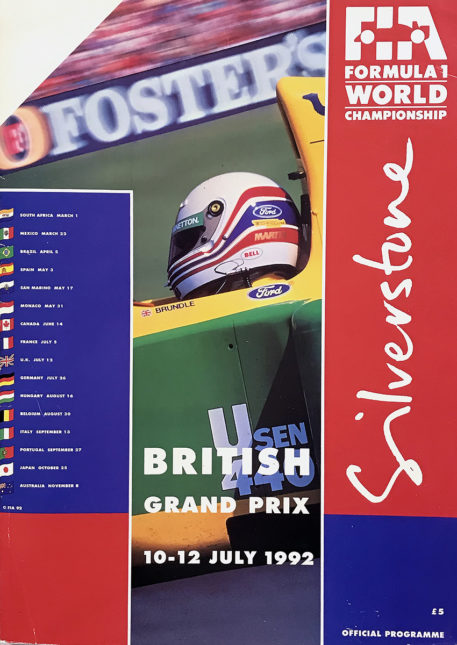 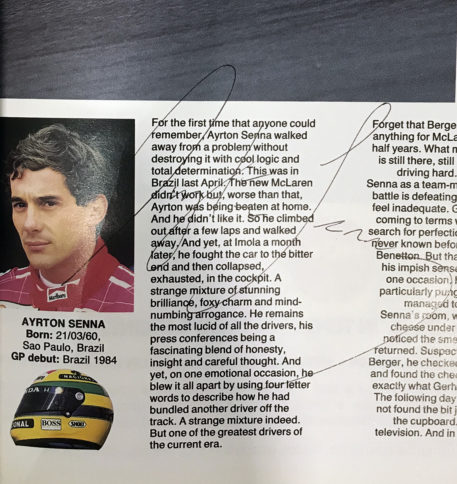 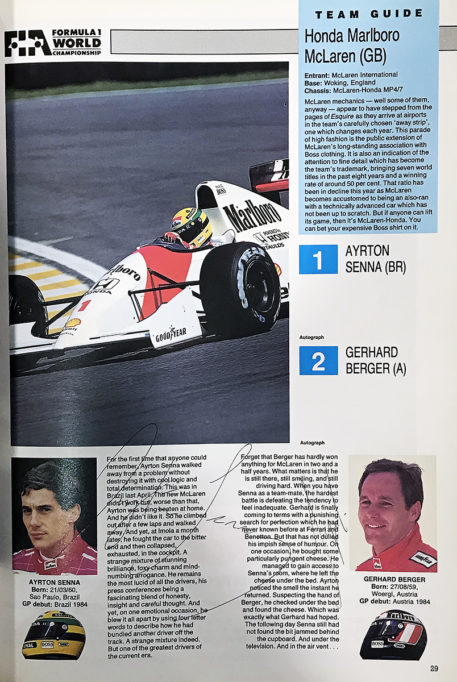 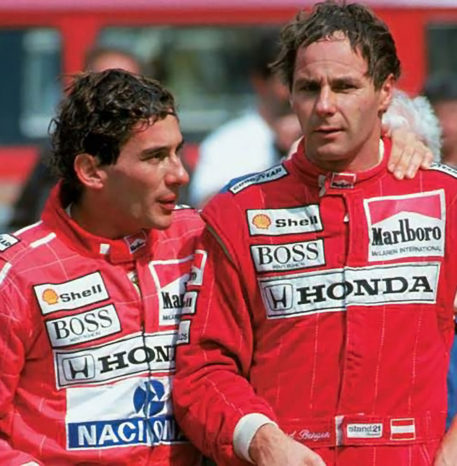 A 1992 British Grand Prix program signed by the Honda Marlboro McLaren teammates of the day Ayrton Senna and Gerhard Berger. The Brazilian Senna, who won the Formula 1 World Drivers’ Championship in 1988, 1990 and 1991, is widely regarded as one of the greatest Formula One drivers of all time, and by many as the greatest ever. This program contains a fantastic example of the great man’s signature on his bio and pen picture. The signature of Senna’s good friend and teammate for three years at McLaren Austrian, Gerhard Berger, is next to Senna’s signature on the Honda Marlboro McLaren team page in the program.

This is a rare opportunity to acquire one of the most sort-after signatures of all Formula 1 driver’s.