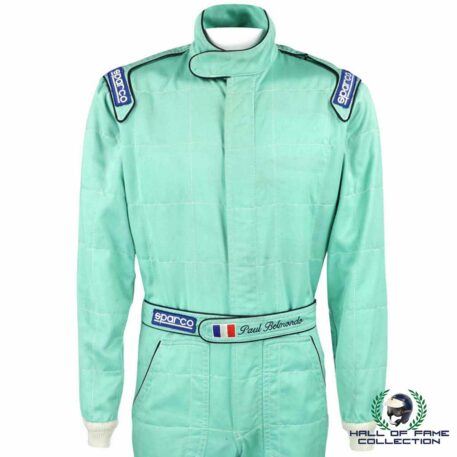 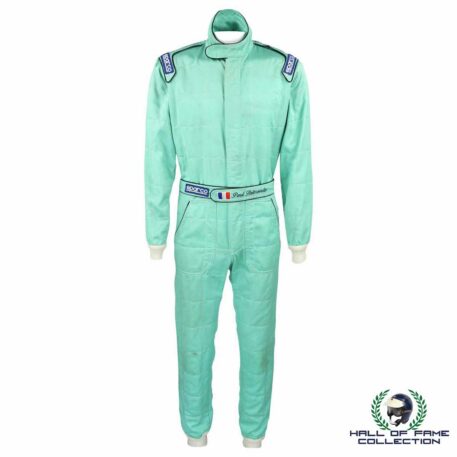 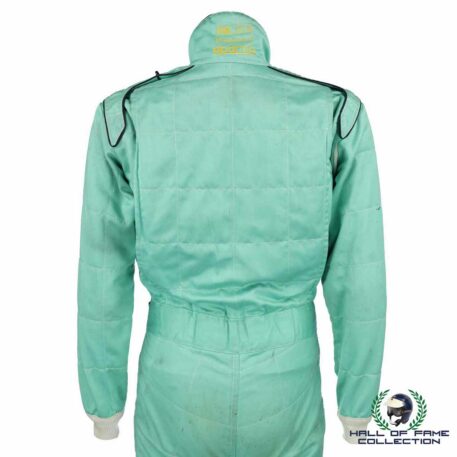 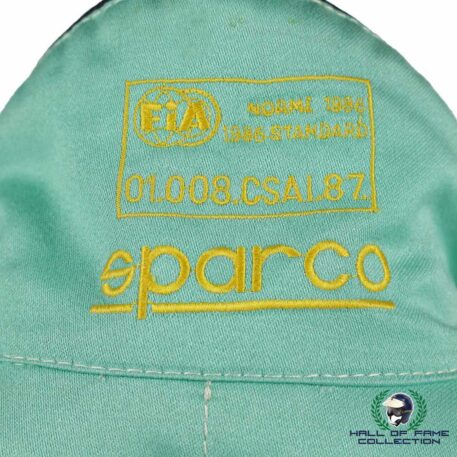 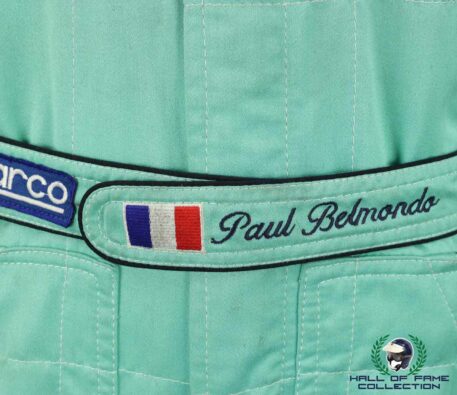 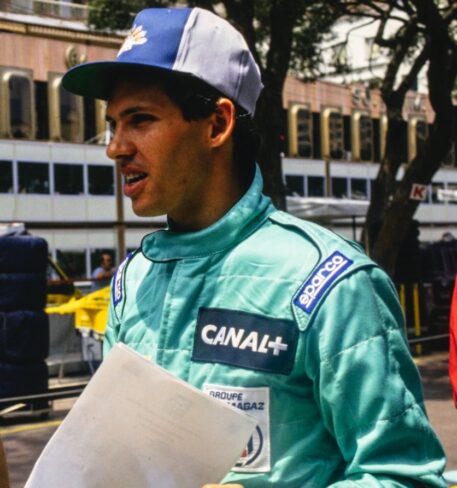 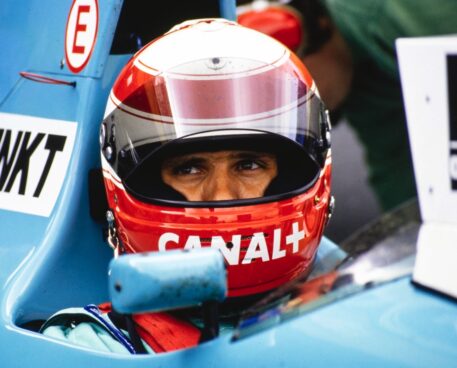 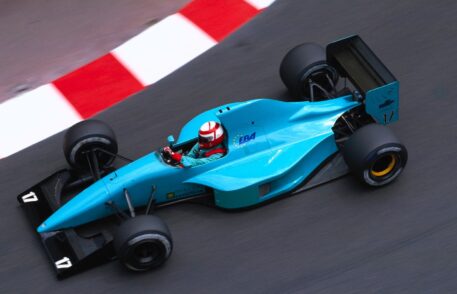 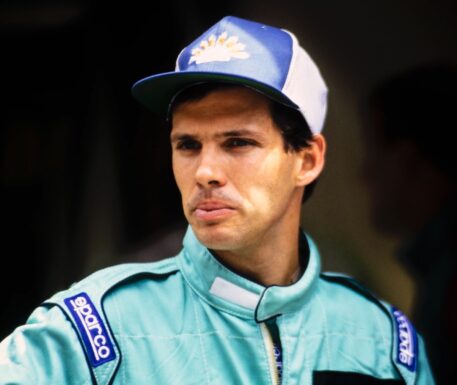 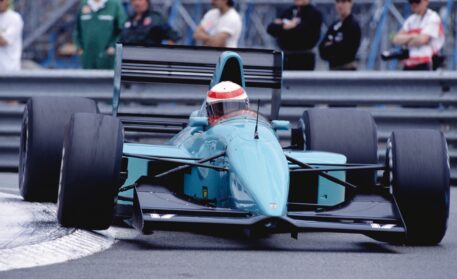 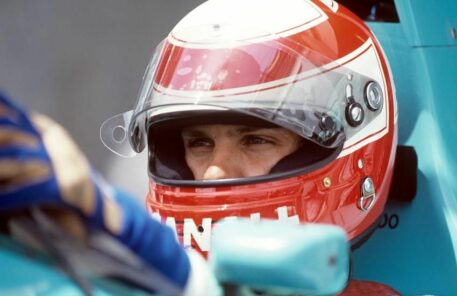 Race-used suit Sparco worn by Frenchman Paul Belmondo during the 1992 F1 season while driving for March. The suit has been photo matched to the Monaco GP. At season’s end the sponsors patches were removed, presumably to be used during testing. The suit is in the inimitable teal colors of the team, with his name and national flag embroidered on the waist belt.

From 1992 to 1994 Belmondo raced in Formula One for the March and Pacific Racing teams. The son of actor Jean-Paul Belmondo and grandson of sculptor Paul Belmondo, he had gained some notoriety for becoming the consort of Princess Stéphanie of Monaco during the early 1980’s.