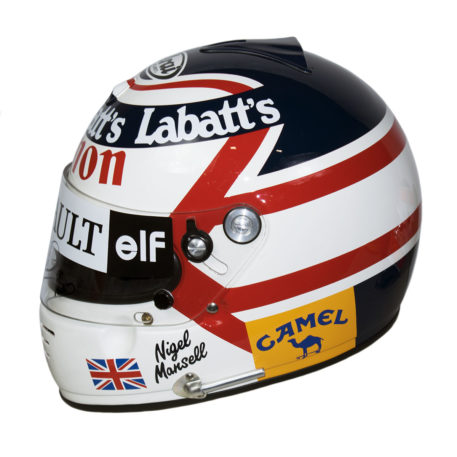 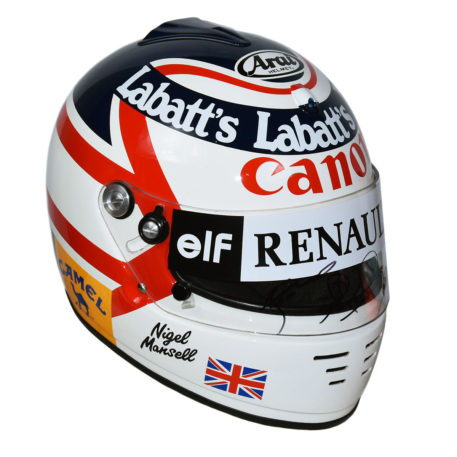 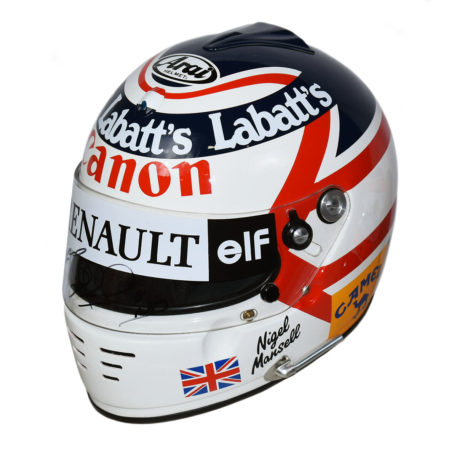 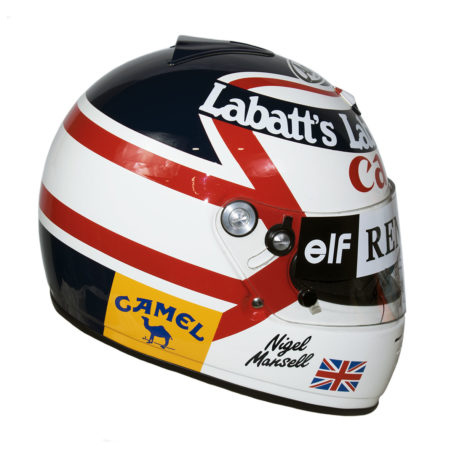 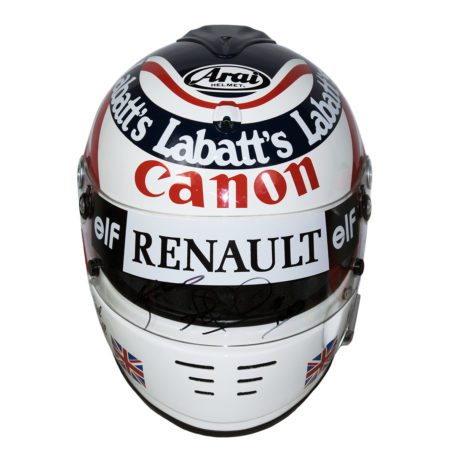 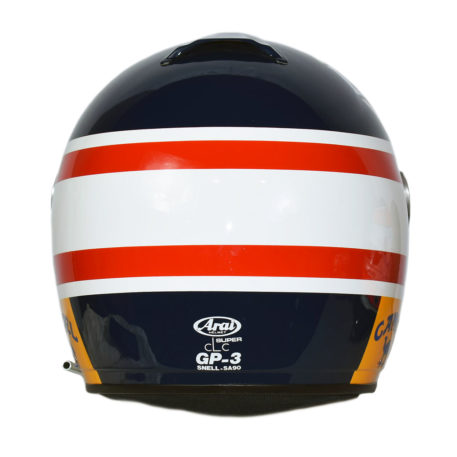 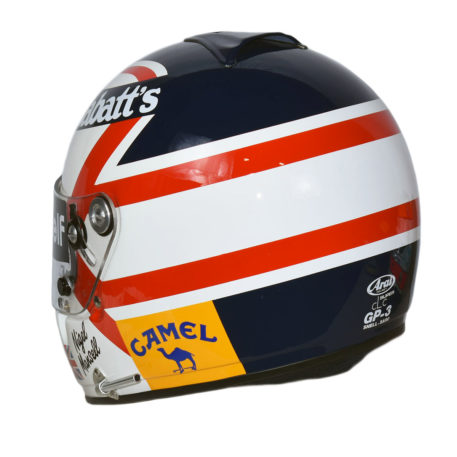 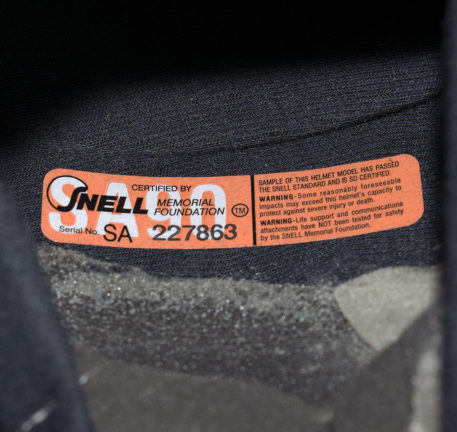 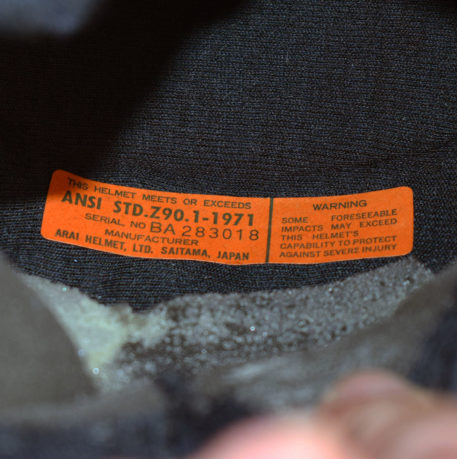 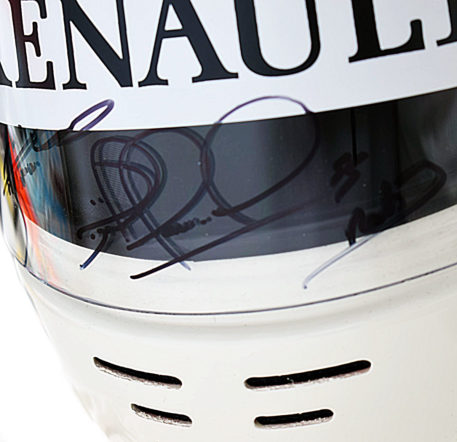 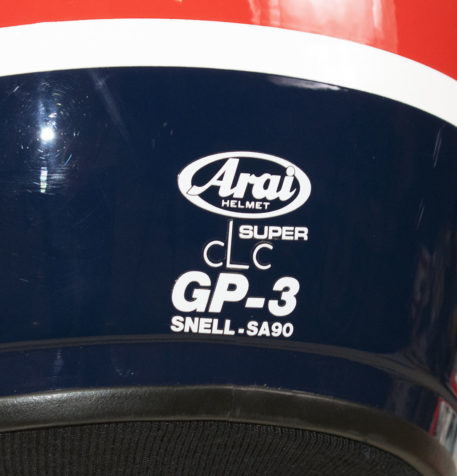 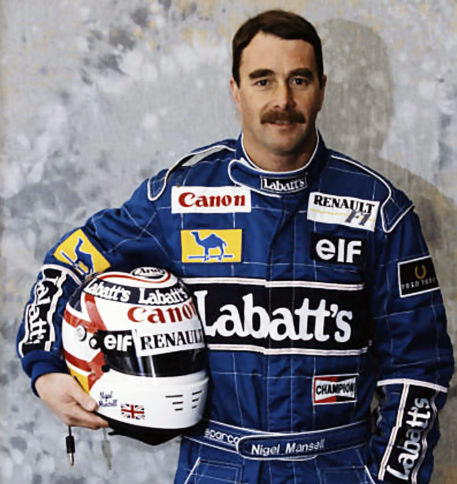 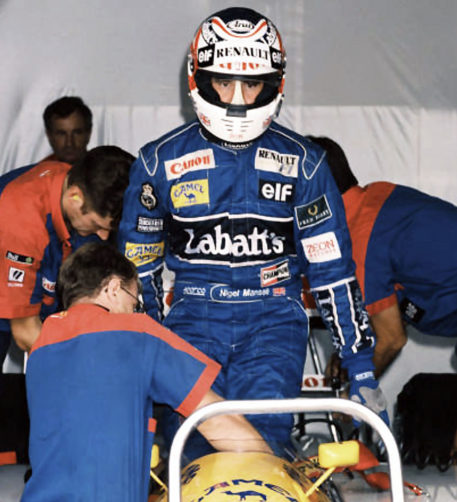 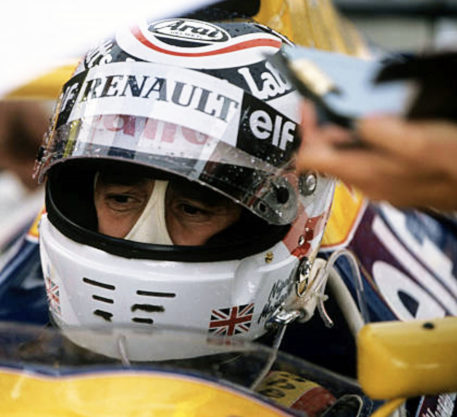 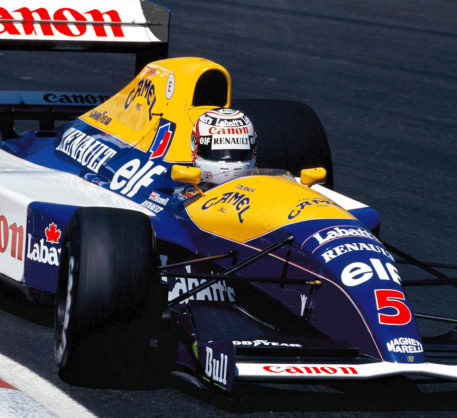 Official factory Arai GP3 limited edition replica of Nigel Mansell’s helmet originally produced in 1992. It replicates the 1991 and ’92 style helmets Mansell used during his two Formula One seasons with Williams Renault. The helmet is the same model used by Mansell and bears his iconic design of a red double line arrow that runs around the middle and connects over its top. Dark blue panels are on the rear half of the crown and on the bottom back of the helmet, all overlaying a white base color. A dark blue band runs around the front half of the crown within which team sponsor Labatt’s lettered branding logo can be found. Just under this is the red Canon Camera’s lettering and branding logo. On either side of both cheeks are Mansell’s name and national ‘Union Jack’ flag. Camel Cigarette logos, in yellow panels, are on both sides and the visor has a Renault/elf sun strip.

The helmet visor was personally signed by Mansell in 1992 and reads “Best Wishes Nigel Mansell Red 5 92”.  This rare helmet and now very difficult to find and would make an excellent addition to any collection.