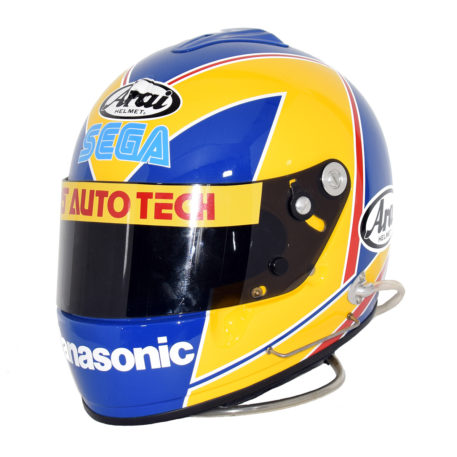 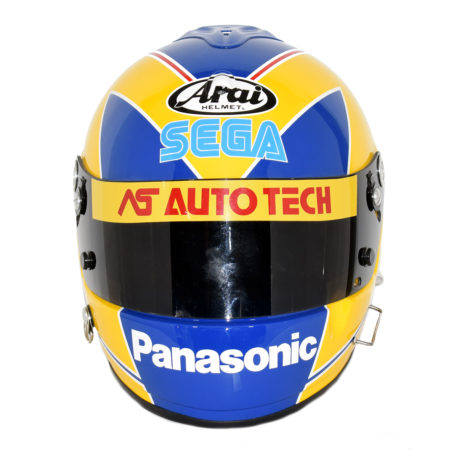 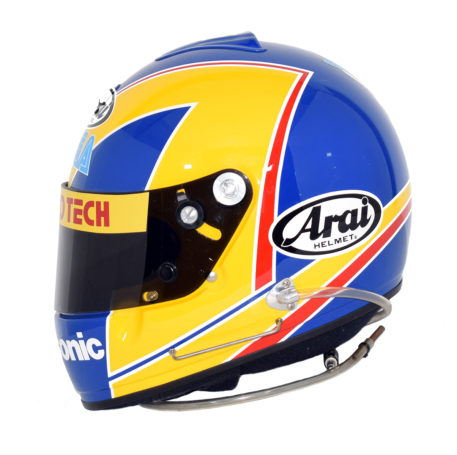 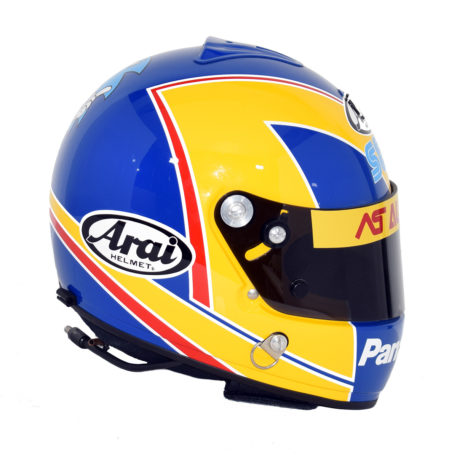 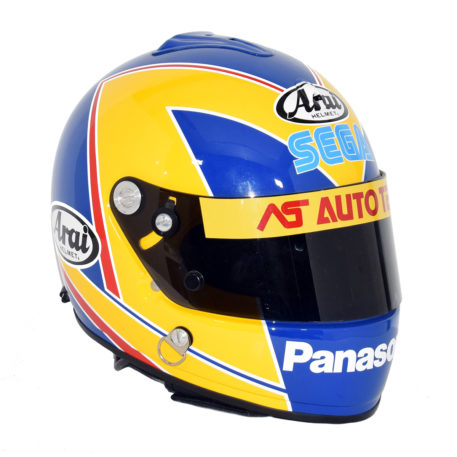 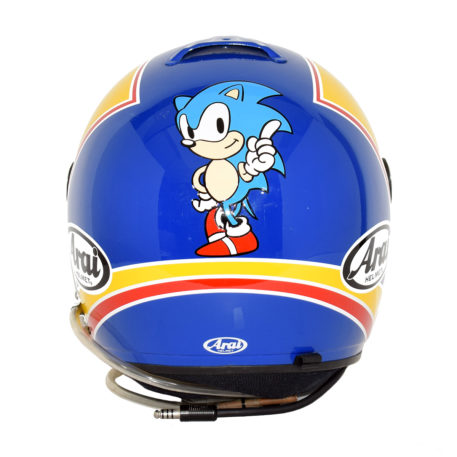 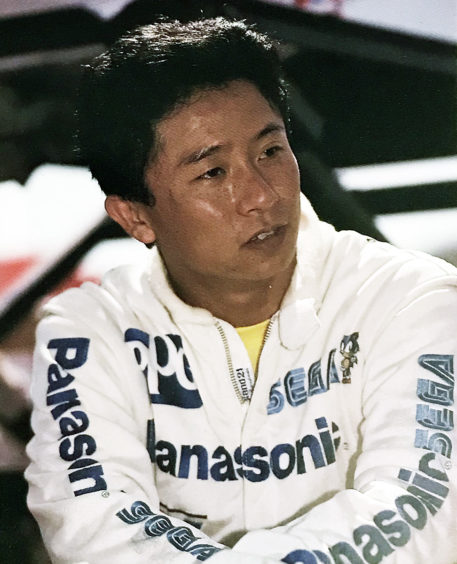 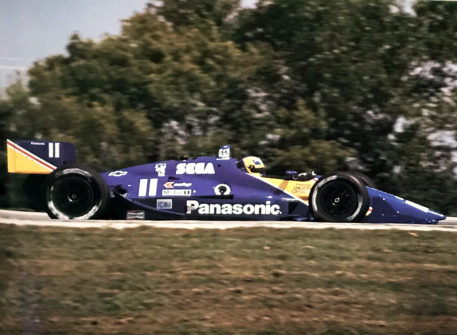 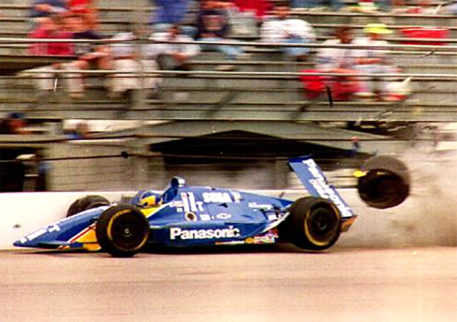 Helmet from Japanese driver Hiroyuki “Hiro” Matsushita. Used during the 1992 CART IndyCar World Series while driving for the Dick Simon organisation.  It was a tough year for Matsushita wrecking out in the first race practise at Surfers Paradise, Australia. Then missing the 1992 Indy 500 after suffering a broken leg during again during practice crash. He was sidelined for several weeks missing six races.

This Arai blue base helmet has a yellow large ‘M’ design edged in white and red and white on the back edge. A similar color band, that starts at the bottom of each side that runs around the back of the helmet. There are sponsor decals of SEGA to the top front and Panasonic to the chin. The visor has AS Auto Tech visor strip.  On the back of the helmet is a SEGA ‘Sonic the Hedgehog‘  image. The helmet still retains its radio and pop-off valve fitting and pipe.