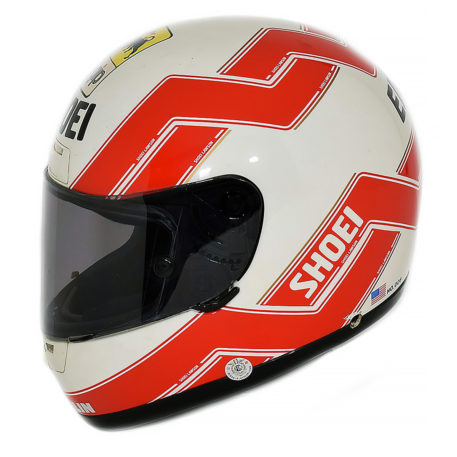 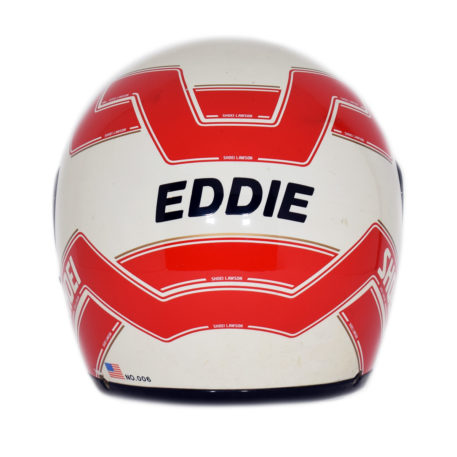 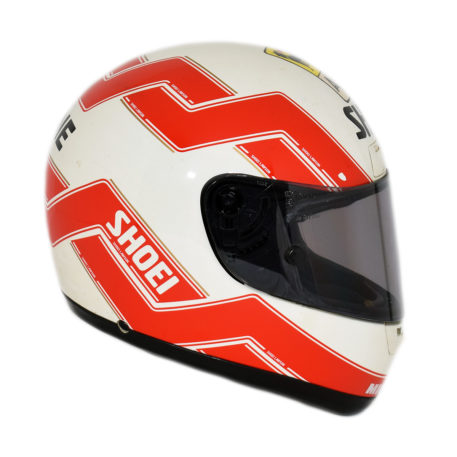 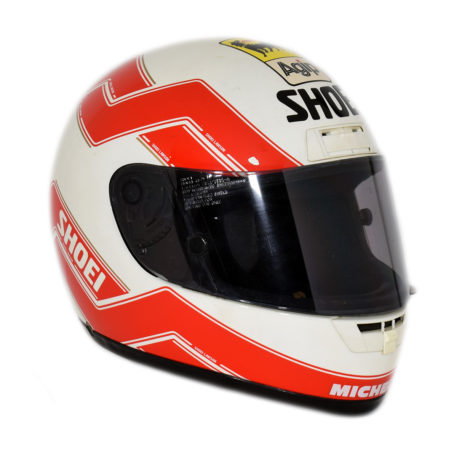 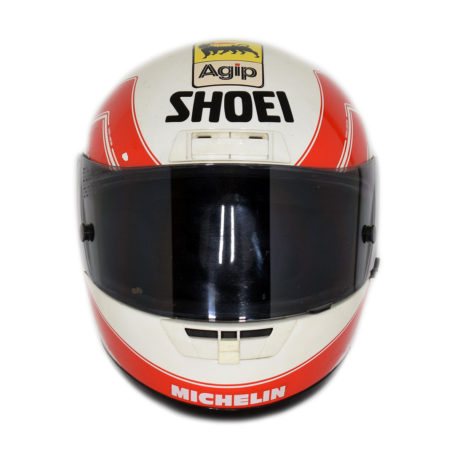 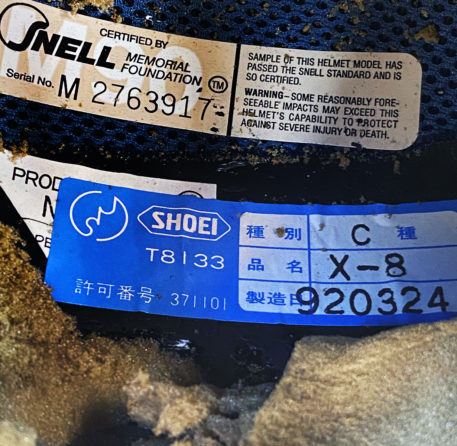 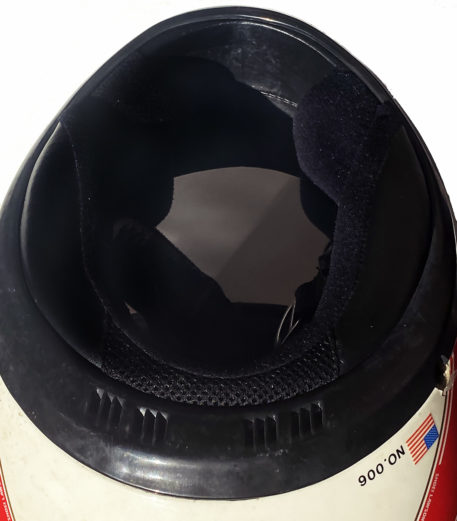 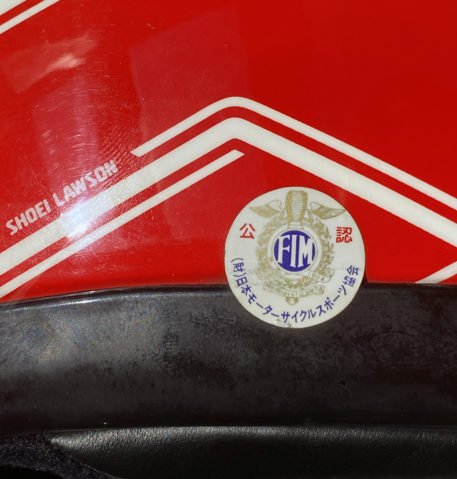 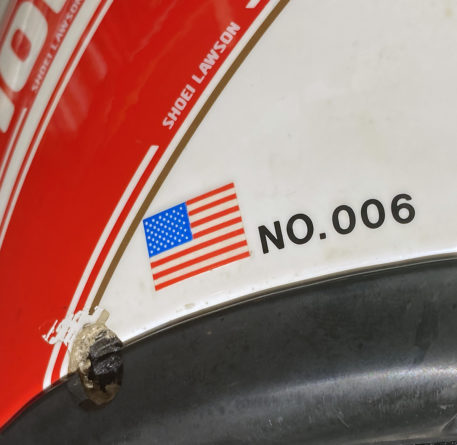 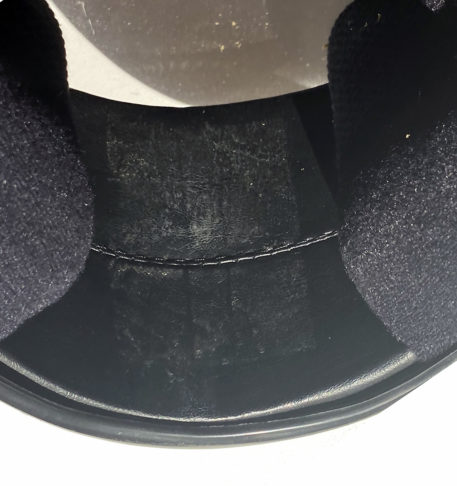 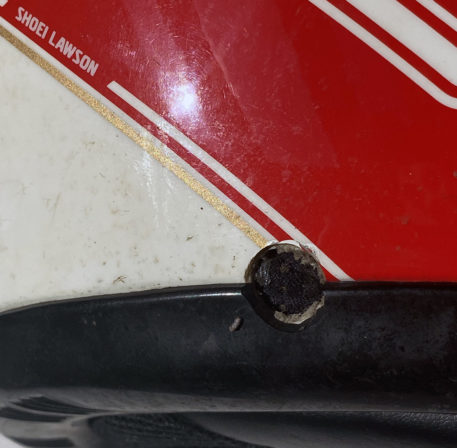 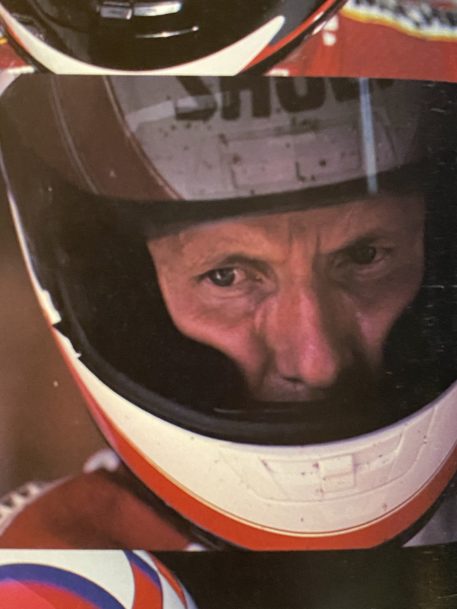 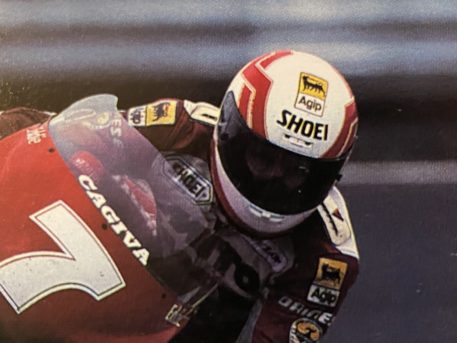 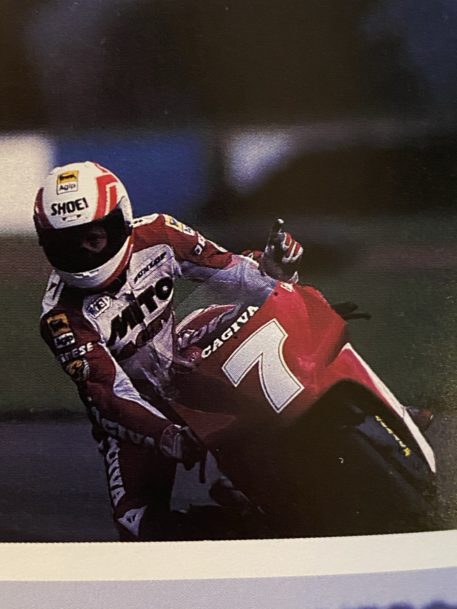 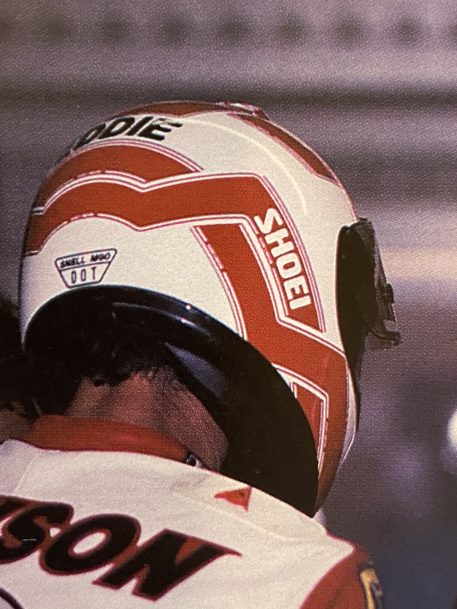 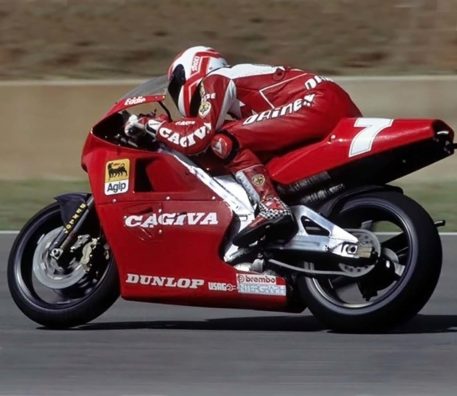 Shoei helmet used by American road racer Eddie Lawson in the 1992 season. That season Lawson created history by winning the Hungarian Grand Prix in the 500cc category which was the first win (and only) win for the manufacturer.  The Californian, a former four-time 500cc Grand Prix motorcycle racing World Champion, used this helmet during his second season riding for the Cagiva Corse Racing Team. He is ranked third on the all-time MotoGP class (then known as 500GP) wins list with 31 victories. After finishing his motorcycle career, Lawson pursued a career in open-wheel single-seater racing in the United States competing in the Indy Lights series and eventually into CART IndyCar Series.

The helmet has Lawson’s double intertwined angled red bands overlaying the white base color. On the front top of the helmet is an Agip fuel oil six-legged dog decal just above the Shoei lettering.

The helmet was obtained from the famous artist Ron Burton who received this helmet from Lawson in exchange for a painting. 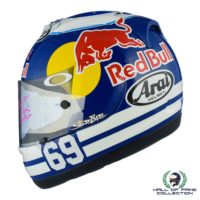