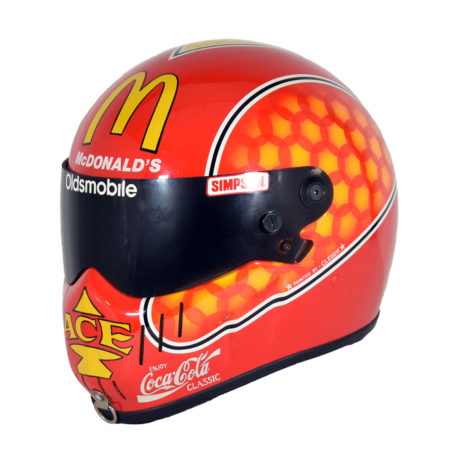 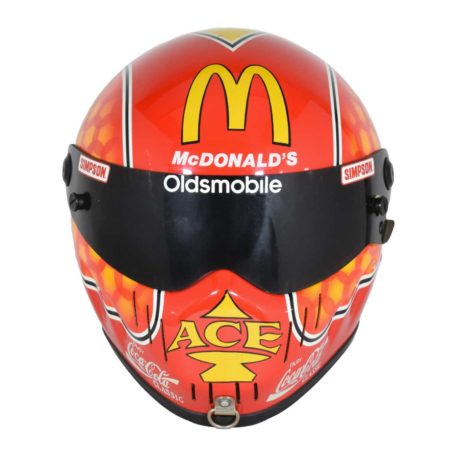 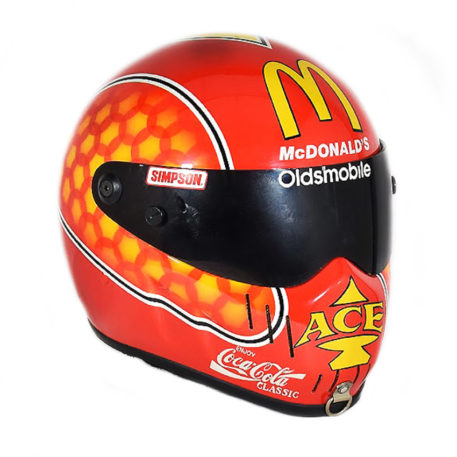 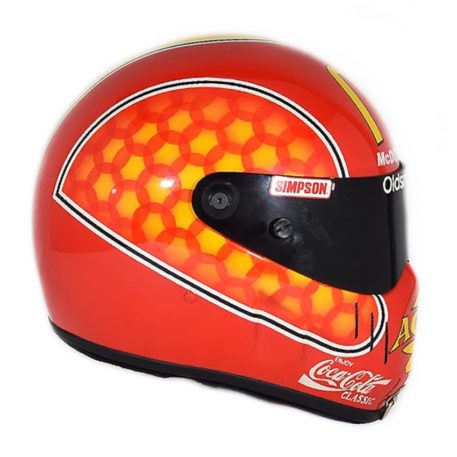 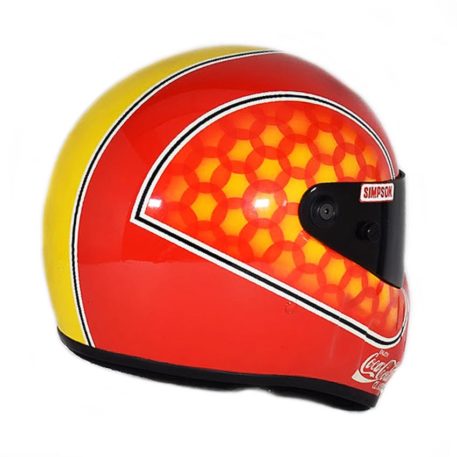 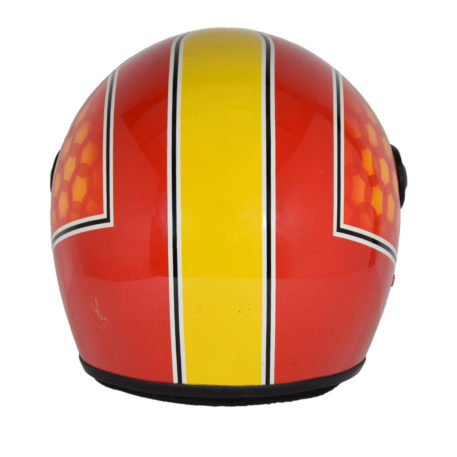 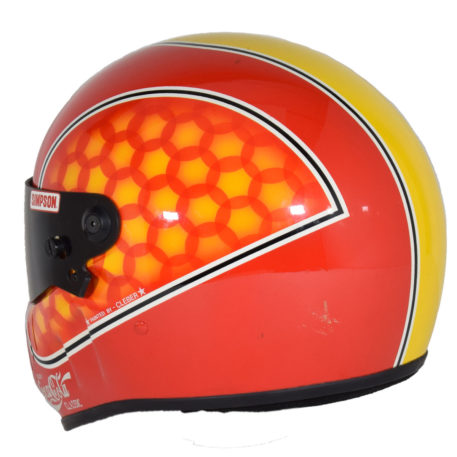 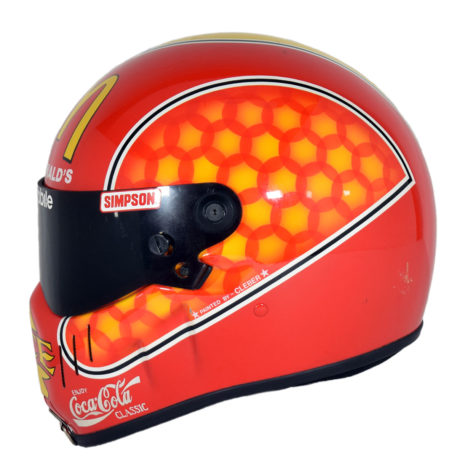 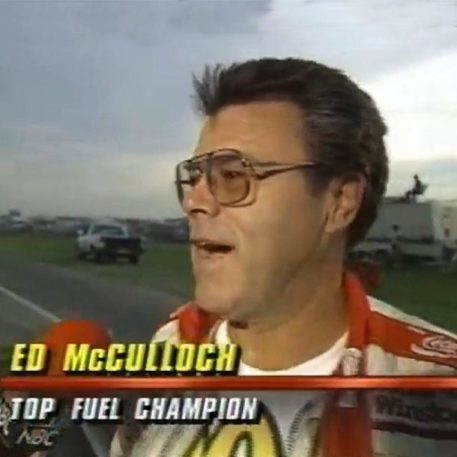 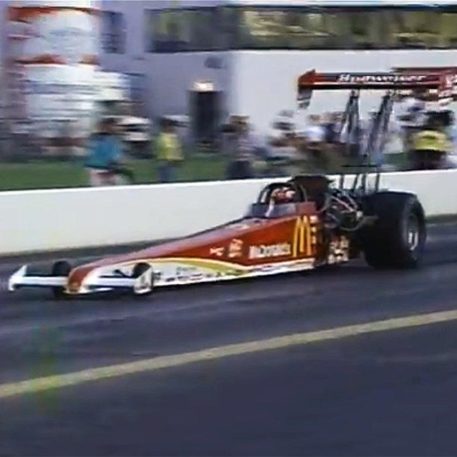 Although he’s best known as a successful Funny Car driver, he started his career in the Top Fuel category in the early 1960s. In 1969, Ed ‘The Ace’ McCulloch decided to switch to Funny Cars and won on his first event, and he would continue to win for the next 24 years.

McCulloch won 22 NHRA national events, eighteen in Funny car from 1971 to 1991 and four in Top Fuel between 1992 and 1993. He is one of a short list of drivers to have won NHRA national events in both nitro classes. He scored six victories at the U.S. Nationals, making him part of an even shorter list of those who have won the NHRA’s most coveted prize in both nitro classes.

This helmet is from McCulloch’s 1992 Top Fuel season where he went back to his roots. McCulloch and switched to again drive a Top Fuel dragster in a Larry Minor owned McDonald’s sponsored car, and took his sixth U.S. Nationals win, his first in a Top Fuel dragster. That year he reached the final round at five events, winning three times.

His twenty-second NHRA win, his last, was the NHRA Nationals in Houston, Texas, in 1993; he also joined the over 300 mph Club, with a pass of 301.70 mph. At that time, thus being the twelfth driver to do so. McCulloch retired from active racing in 1993.

The red Simpson helmet painted by Cleber has an overlaid red circle on yellow design panels edged in black and white pinstriping to either side. There is a yellow arrow edged in black and white running from the back to the top of the helmet. On the chin is McCulloch’s nickname ‘Ace’ within a yellow spade, Team major sponsor McDonalds ‘M’ and lettering are to the front top and Coca Cola Classic logos to either cheek.

Great period looking helmet from a driver who is rated in the top twenty of drag race drivers of all time and an inductee into the International Drag Racing Hall of Fame.

This helmet was part of the ‘Ron Burton’ collection. 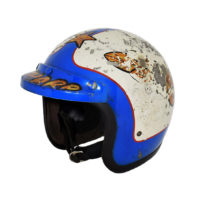 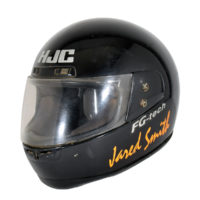 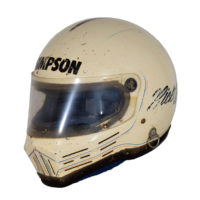 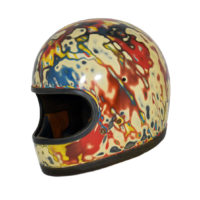