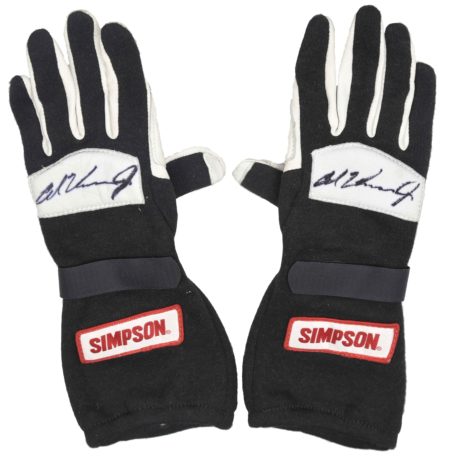 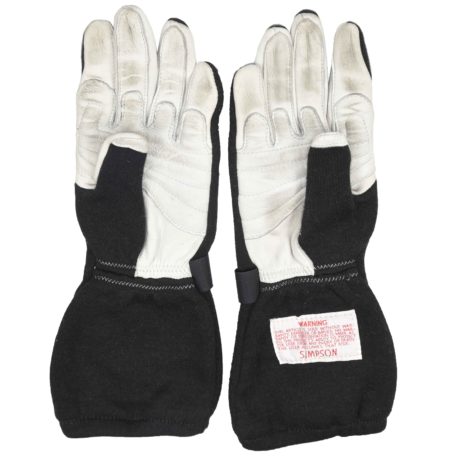 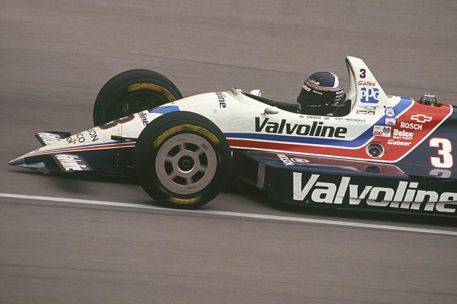 Pair of Simpson gloves used by Al Unser Jr. during a memorable 1992 season. His career was highlighted by a pair of CART Championships and two Indianapolis 500 victories.

Junior was 30 years old at the time and still driving for Rick Galles prior to joining Team Penske. His ’92 victory at Indianapolis Motor Speedway, while his first in the Indy 500, was the 18th win of his Indy car career. Unser Jr. had already been a CART Champion in 1990 and had also won the Long Beach Grand Prix four times!

Junior went on to win the 500 a second time in 1994, a dominating title-winning season with Roger Penske’s organization. He won eight races that year with four poles. He finished with 34 career wins across the three sanctioning bodies (USAC, CART and the Indy Racing League), a total which has him ninth on the sport’s all-time list for race wins.

These gloves signed by the legendary driver come with a Certificate Of Authenticity.