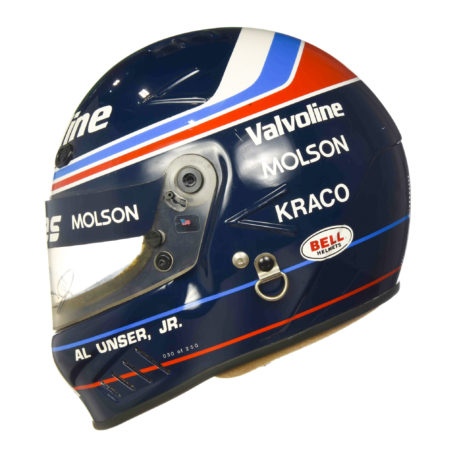 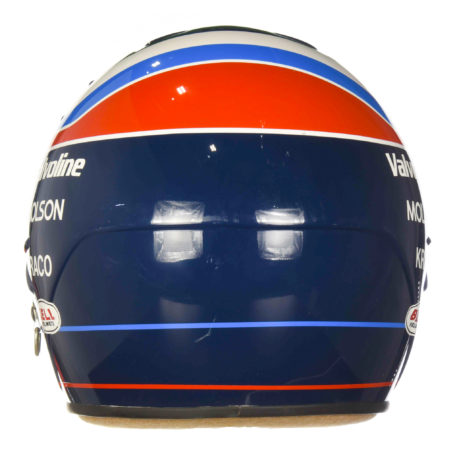 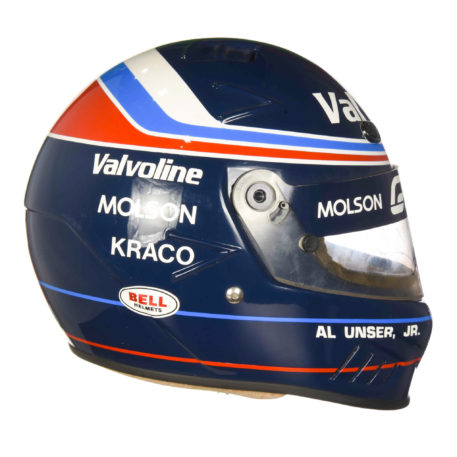 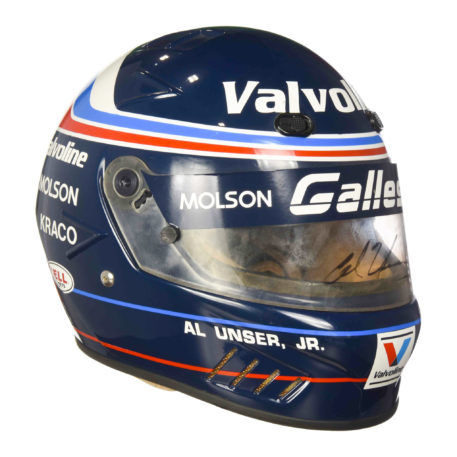 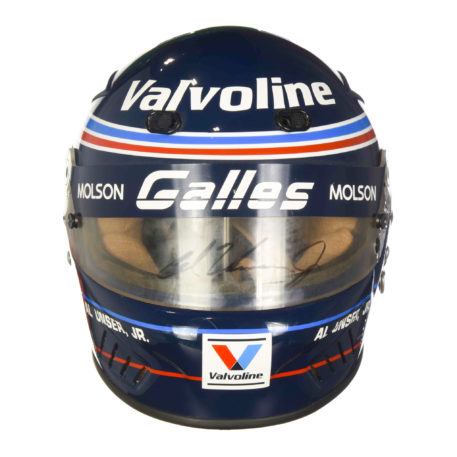 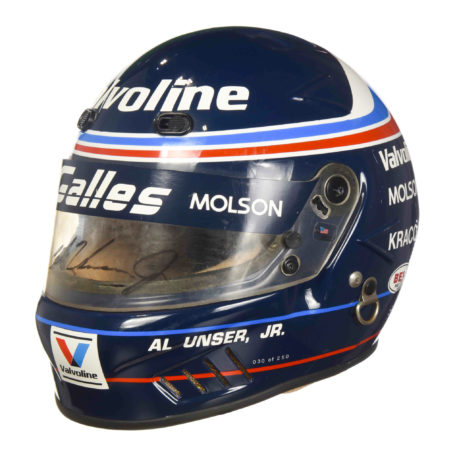 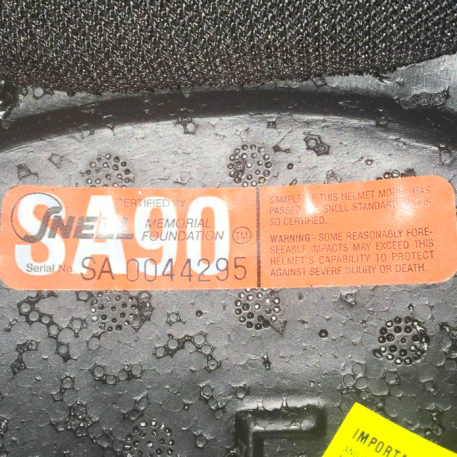 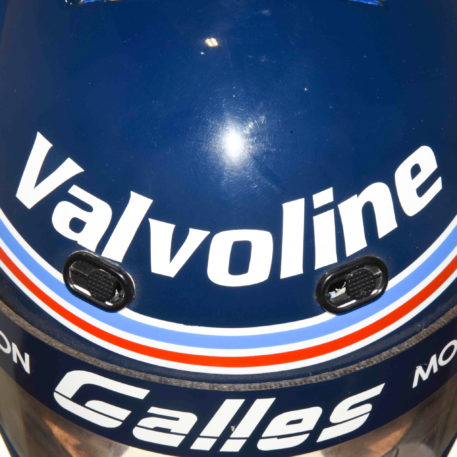 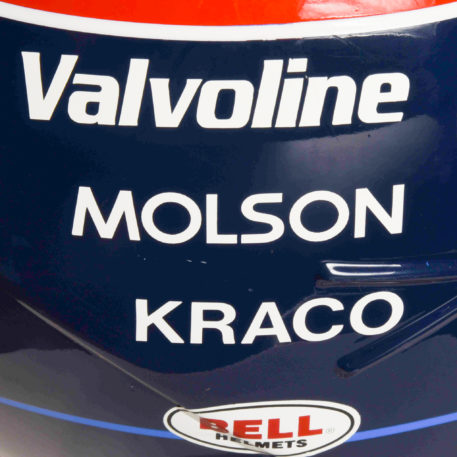 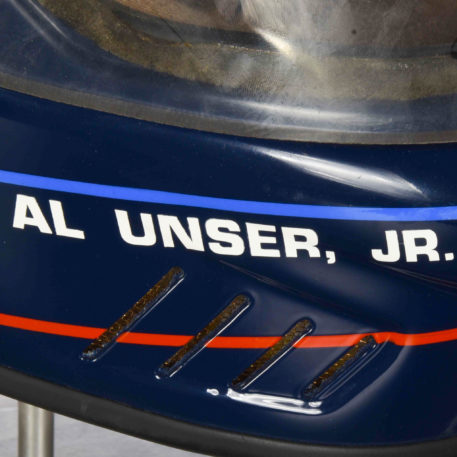 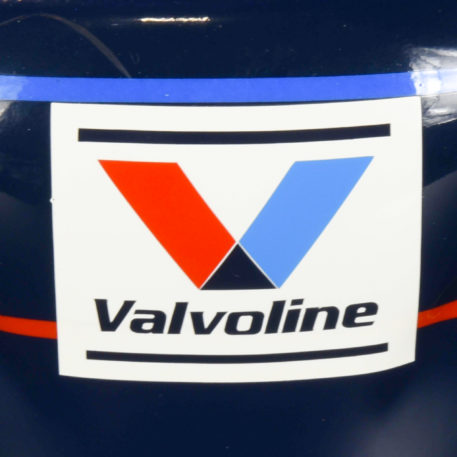 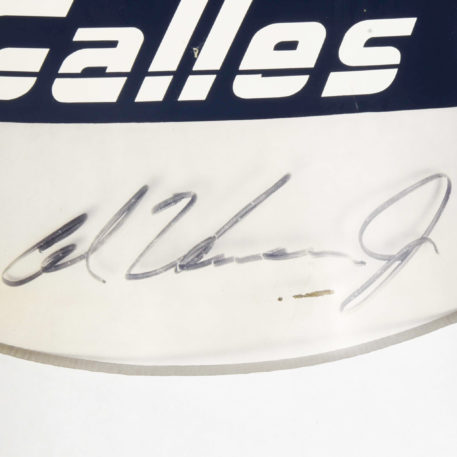 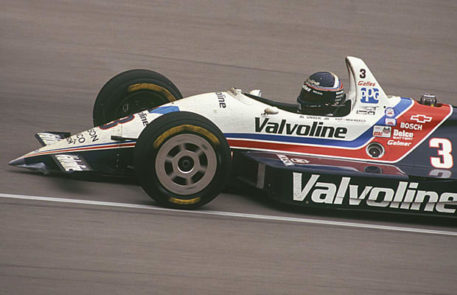 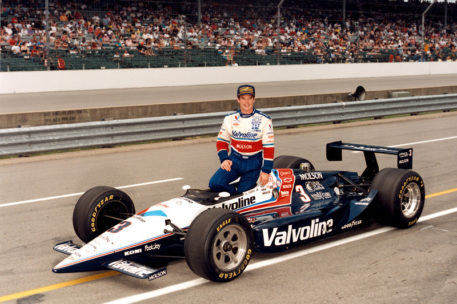 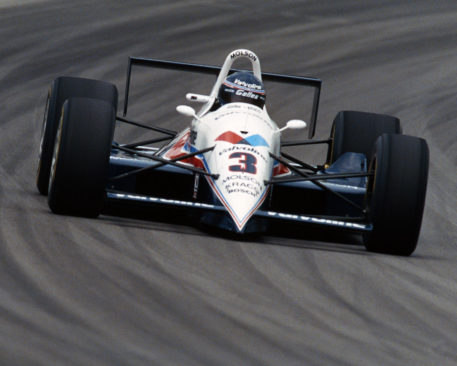 Limited Edition Bell Vortex replica helmet of  the one used by Al Unser Jr. in the 1992 Indy 500 while driving for Galles-Kraco Racing. The race is famous for the fierce battle in the closing laps, as race winner Al Unser Jr. held off second place Scott Goodyear for the victory by 0.043 seconds, the closest finish in Indy history. Unser Jr. became the first second-generation driver to win the Indy 500, following in the footsteps of his father Al Unser Sr. He would also become the third member of the famous Unser family to win the race.

Unser’s victory was considered by some an “upset,” as his somewhat inauspicious Galmer chassis was not expected to excel on ovals. It was also a long-awaited victory for Unser Jr., who was making his tenth Indy attempt. Unser Jr, the 1990 CART champion, had confided with Paul Page, the famous play-by-play Indy 500 commentator, that he was afraid he may never win the 500.

The dark blue helmet has red, white & blue striping around its top half and Valvoline, Molson and Kraco branding logos front and back. The visor bears a Galles/Molson sun strip and is signed by Al Jr. in black marker pen.

The helmet is number 30/250 and comes with a Certificate Of Authenticity.