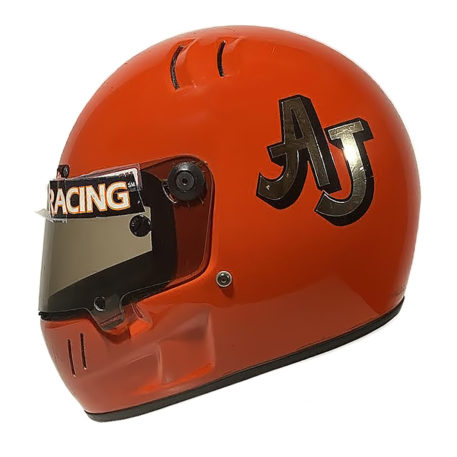 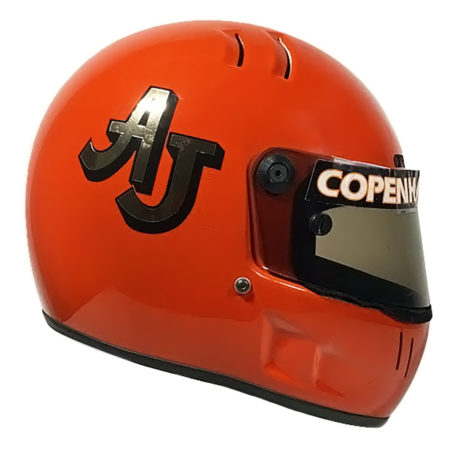 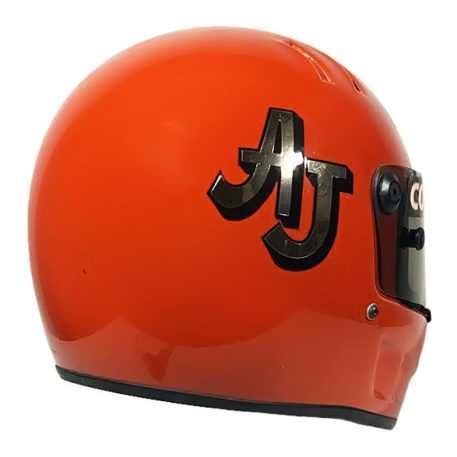 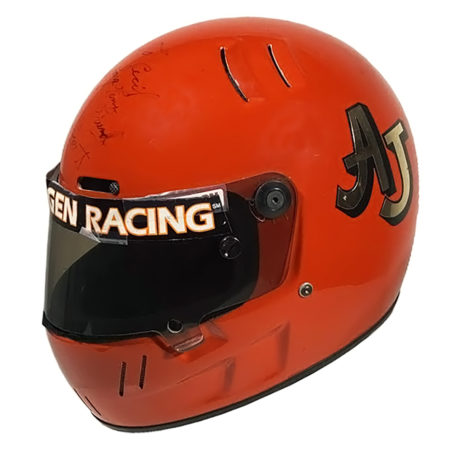 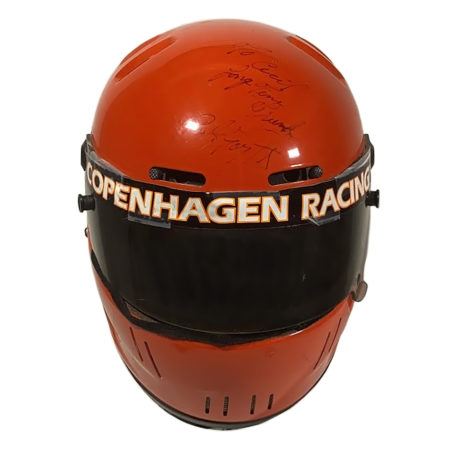 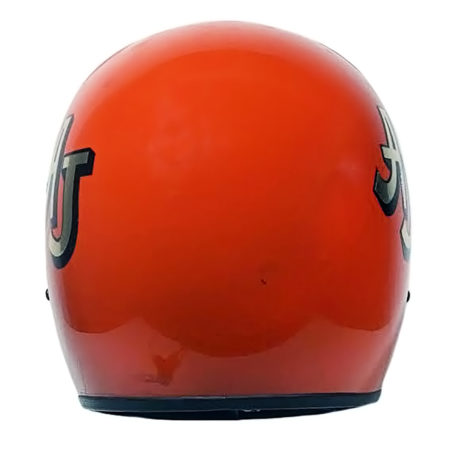 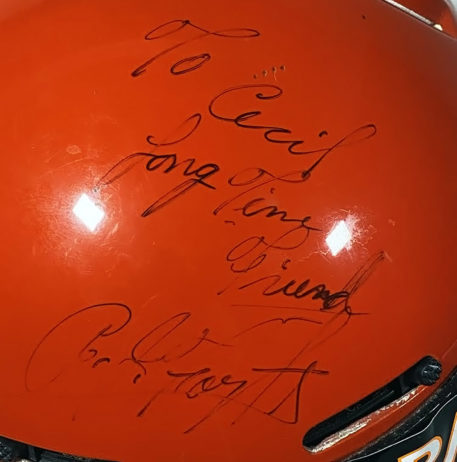 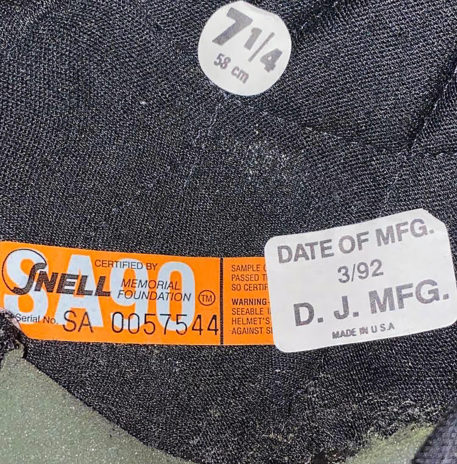 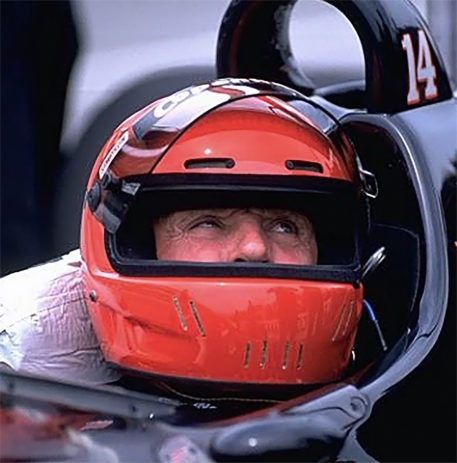 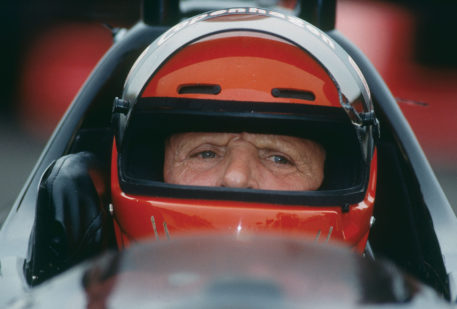 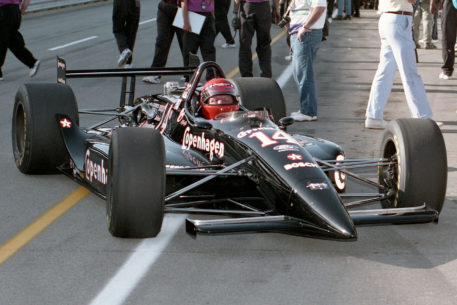 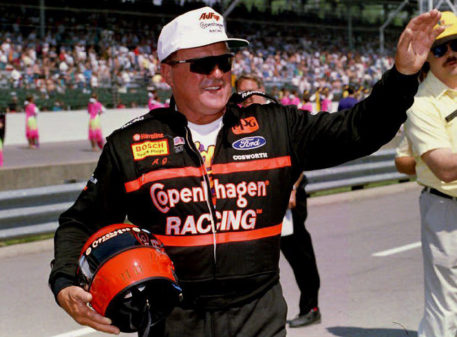 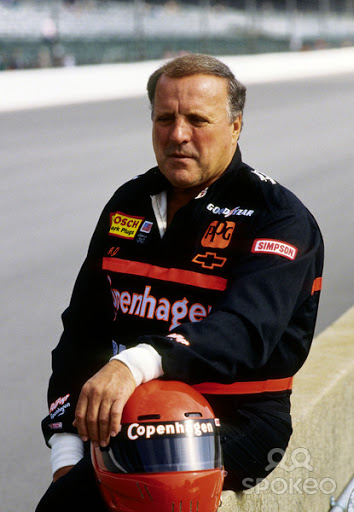 Hall of Fame Collection is proud to offer this rare original helmet worn by four-time Indianapolis 500 Champion A.J. Foyt. This helmet was acquired directly from the estate of Cecil Taylor.

Cecil Taylor was part of the pit crew on Parnelli Jones’s 1963 Indianapolis 500 entry which took victory lane. Shortly afterward Cecil moved over to work with Foyt’s pit crew, a job he would keep for more than 50 years. Taylor became close friends with Foyt and was gifted this helmet after AJ Foyt retired from IndyCar Racing at the 1993 Indianapolis 500.

This helmet is extremely rare for a couple of reasons. Firstly, Foyt is well known for refraining from signing helmets, so very few original Foyt helmets you may see have been signed by him. This helmet was personally signed by Foyt with a dedication to Cecil Taylor.

Secondly, it’s also quite rare to see an AJ Foyt used helmet to make it onto the collectibles market. Foyt used this rare Simpson Shark helmet for practice and during qualification in his final Indianapolis 500 start in 1992. It remained with him as a back-up for the 1993 season when he practiced but did not race in the Indy 500 the following year.

This Simpson Shark helmet displays Foyt’s iconic orange color, with gold shadowed ‘AJ’ initials on both sides. The visor sun strip has dried out over time however it can be reapplied with the appropriate glue if requested.

Don’t miss out on this rare opportunity today to own a genuine AJ Foyt worn helmet. Foyt sits 1st in IndyCar history in all-time wins (67), Championships (7), and Indy 500 victories (4). He also was a winner of the 24 Hours of Le Mans, the Daytona 24 Hours, the 12 Hours of Sebring, and the Daytona 500. The only man in history to be an overall winner at all of these historic races.