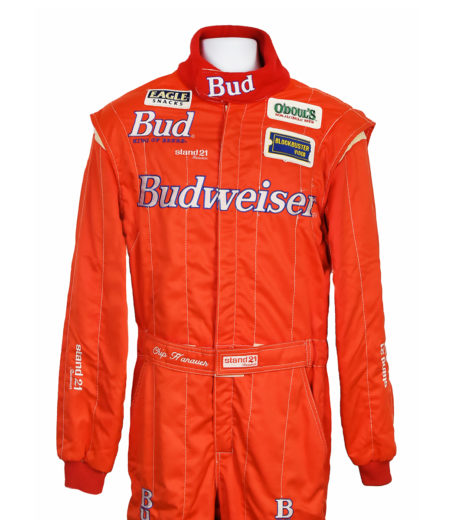 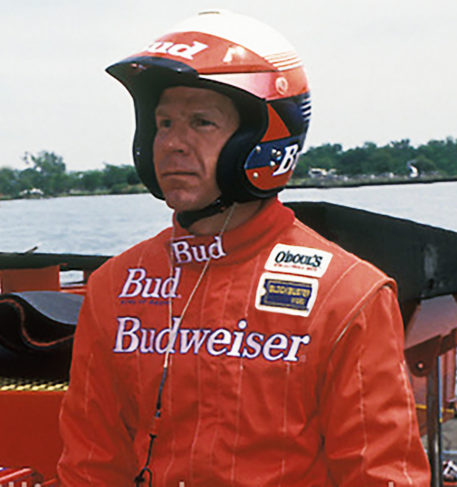 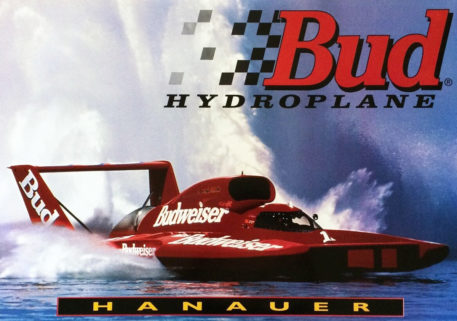 Stand 21 race suit used by Edward “Chip” Hanauer who is one of the most successful Unlimited Hydroplane pilots in the history of powerboat racing. He has won the APBA Gold Cup a record 11 times and was the driver of one of the most famous boats in APBA history, ‘Miss Budweiser’, in the early to mid-1990s. During this time period Hanauer suffered a series of severe injuries in high-speed Unlimited Hydroplane accidents. Those accidents eventually pushed him to make the decision to retire in 1996. He was inducted into the International Motorsports Hall of Fame in 1995 as their youngest ever inductee at the time.

The suit comes directly from the personal collection of the former North America President of the Stand 21 Racewear Company, Phillipe de Lespinay.