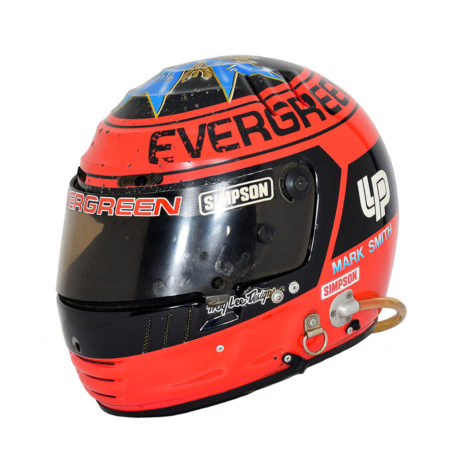 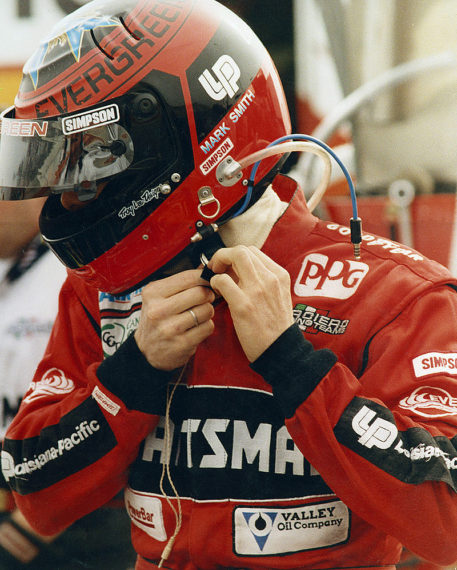 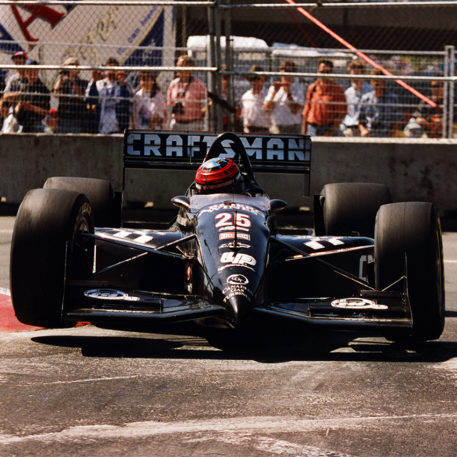 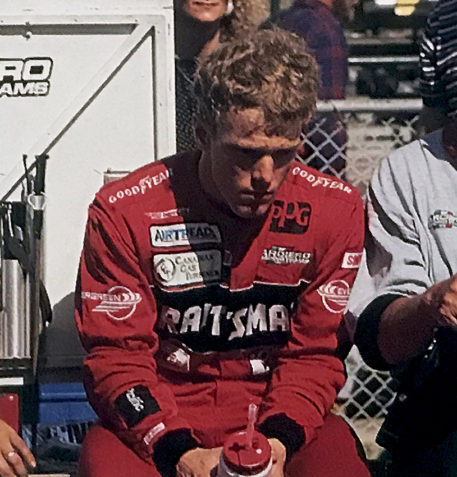 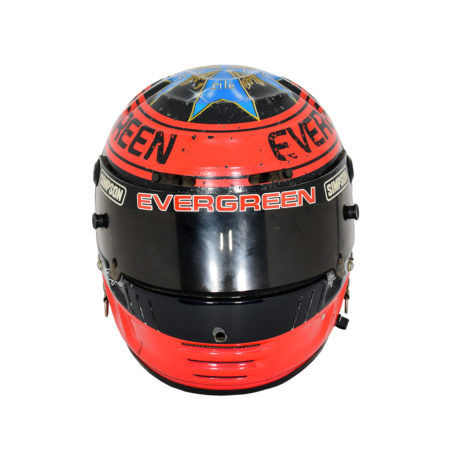 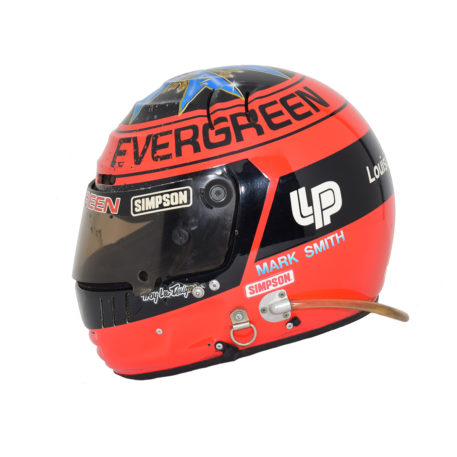 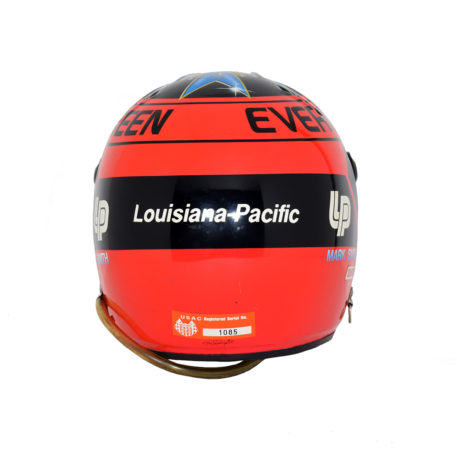 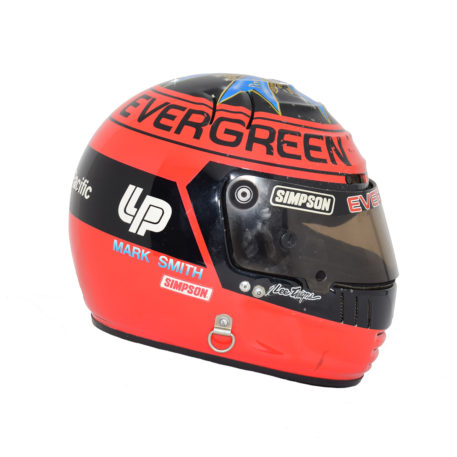 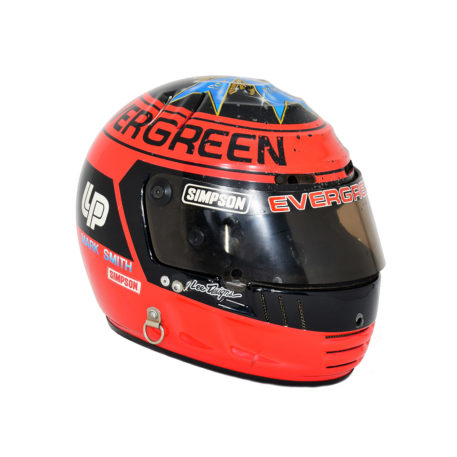 Mark Smith started his career in karting moving up to Formula Ford then Formula Super Vee. He won championships in all these disciplines. He again went up a level in Indy Lights for three years bringing him rookie of the year in 1990 along with three wins. Smith the made the step up to the big time into the 1993 IndyCar Series with the Arciero Racing Team, then with Walker racing in 1994.

This Simpson helmet was race worn in the 1993 season (photo-matched see pictures) where Smith would drive a Penske PC23 primarily on road and street circuits for Arciero Racing. Painted by Troy Lee Designs , It’s mainly red color has a black band that has Louisiana Pacific sponsor logos running round the middle and also a black panel around the eyeport. The crown of the helmet has a blue ‘Maltese’ cross edged in gold on a black circular background. Just under are two black bands with Smiths sponsor Evergreen lettering between. Smith’s name is to both sides in light blue and sponsor Evergreen decal is applied to the visor. The helmet still retains its pop-off pipe and fitting and the USAC tech sticker.

This helmet was part of the Ron Burton collection.