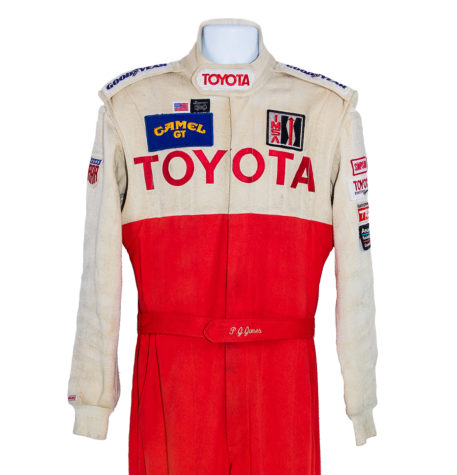 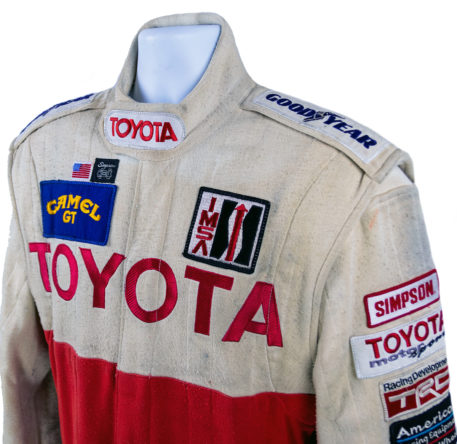 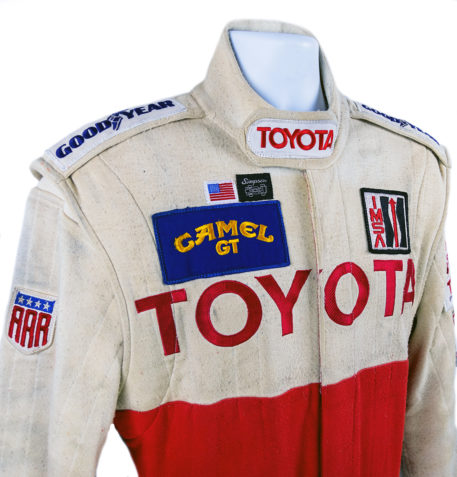 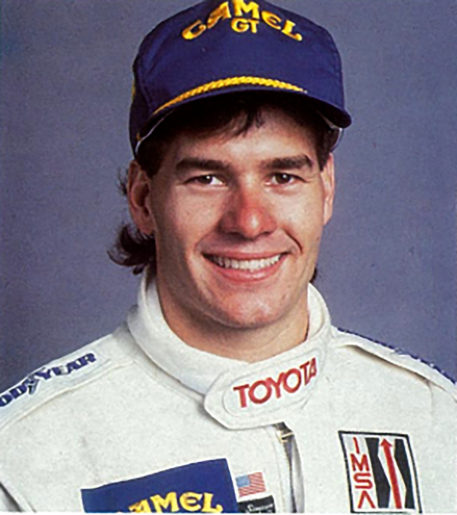 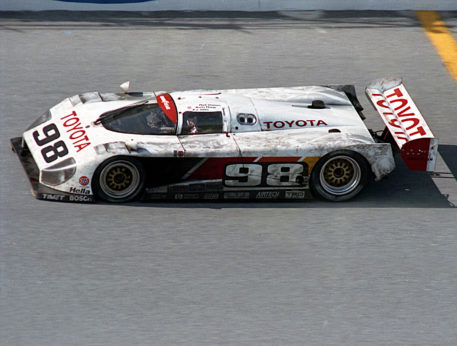 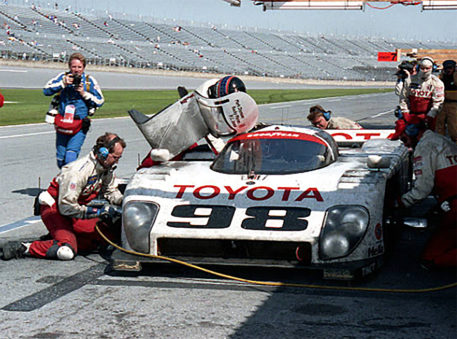 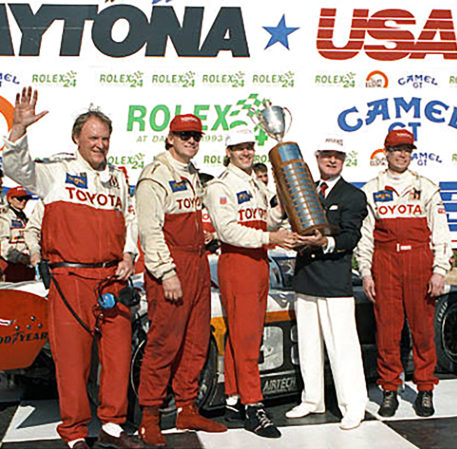 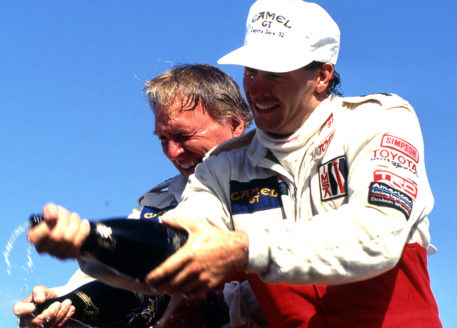 This suit was one worn during both the 1992 and 1993 seasons while Jones drove a Toyota Eagle MkIII for the Dan Gurney’s All American Racing IMSA GT Team. Jones won five races during this spell with the team including the prestigious Daytona 24 hour race in 1993 with co-drivers Rocky Moran and Mark Dismore. He also set a track record at Lime Rock Park with a lap time of 43.112 seconds which still stands to this day and was also runner up for the 1993 IMSA championship.

The three-quarter red Simpson suit has an off white upper torso and arms. The team’s engine suppliers Toyota lettering is emblazoned across the front and back. There is the series sponsor Camel GT and IMSA patches sewn on to both sides of the chest. Other supplier’s patches are to the left arm and shoulder pulls including TRD, Goodyear, American Racing Wheels and Simpson. On the right arm is an All American Racing patch.

This great-looking historic suit would be impressive in any sportscar memorabilia collection. 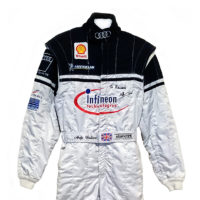