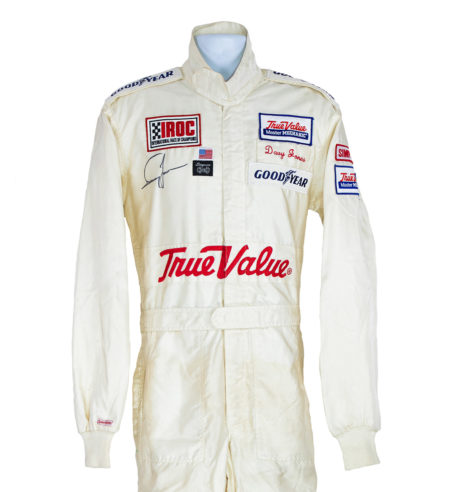 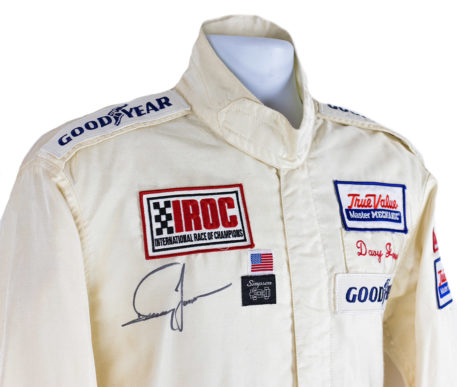 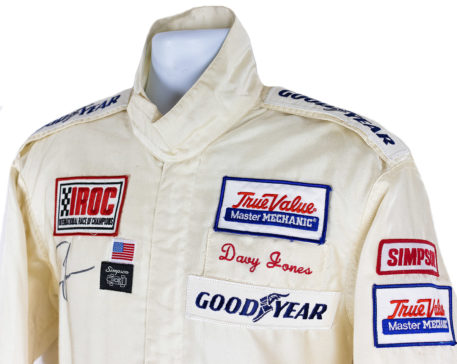 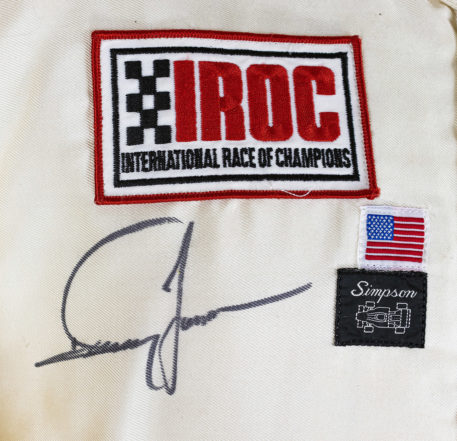 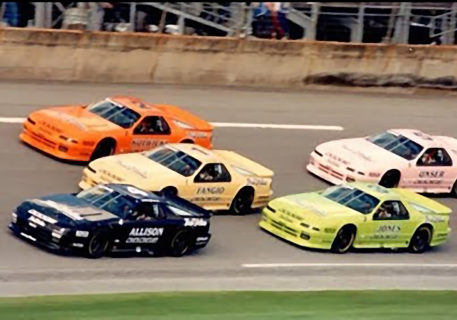 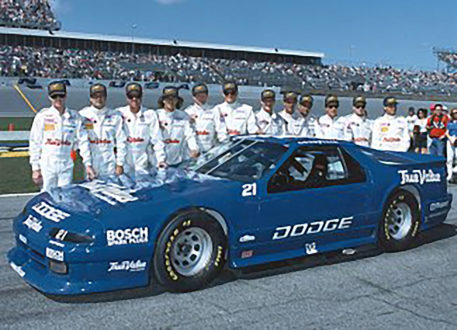 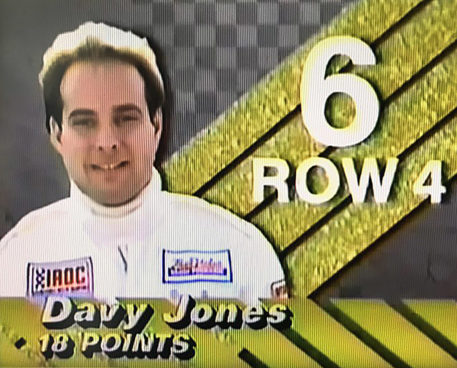 Race worn suit used by Davy Jones during the 1992/93 IROC series. Davy Jones is a native of Chicago and had an eighteen-year career in motorsports. With an extensive background racing open-wheel and sports cars Jones won the Le Mans 24 Hour race in 1996 and very nearly won the Indianapolis 500 that same year, just missing out by fractions of a second.

As one of the top all-round drivers of the period Jones was invited to compete in the 1992 and 1993 All-Star International Race of Champions (IROC) four-race Series. This is where Jones used this suit as all drivers competed wearing similar suits. The all-white Simpson suit has the Series main sponsor True Value lettering logo across it’s midriff. There are also True Value patches on the left chest and arm. Also on the left chest is Jones’s name patch and a Goodyear (tire suppliers for the series) patch. On the right side is an IROC patch below which Davy Jones has personally signed his signature. The back of the suit and shoulder pulls also have the Goodyear branding applied to them. This would be a great suit to add to your collection.