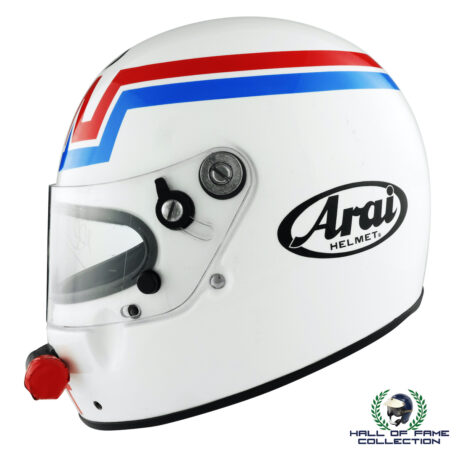 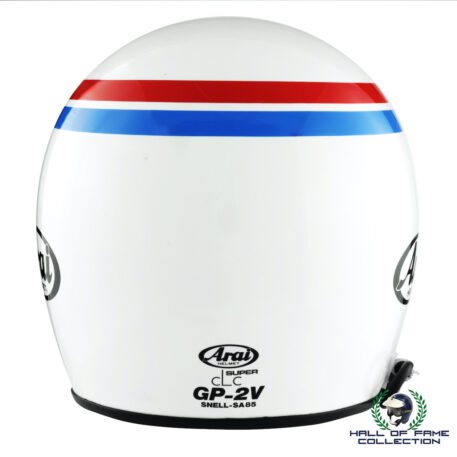 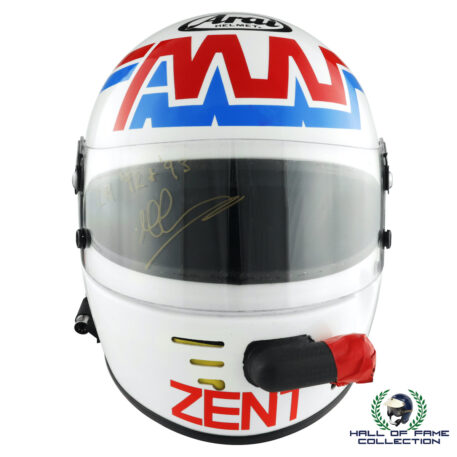 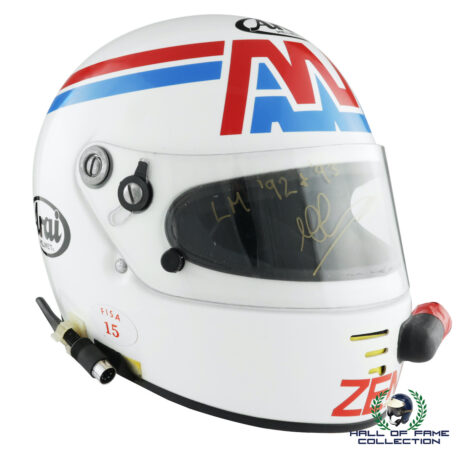 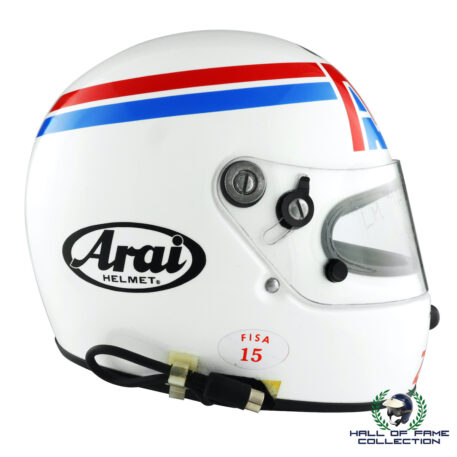 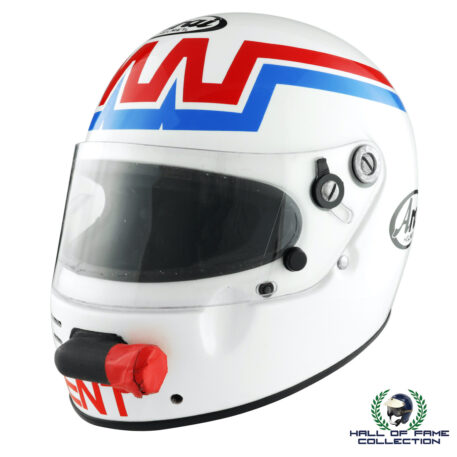 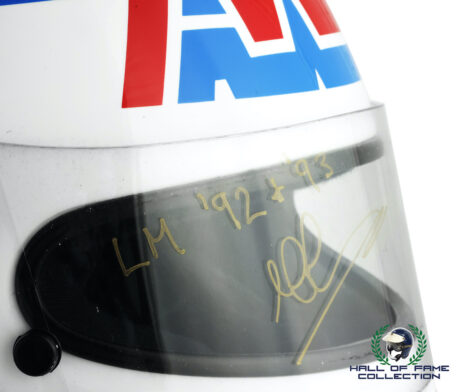 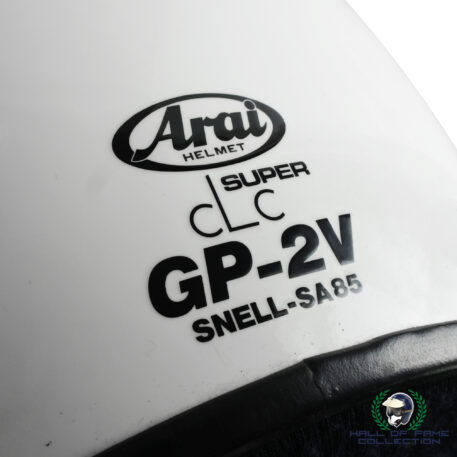 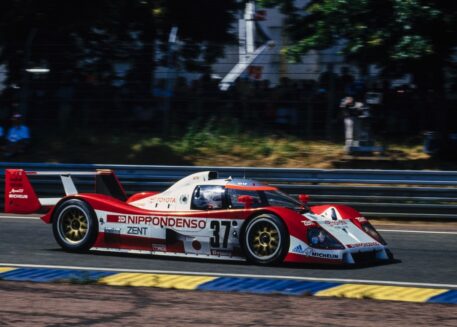 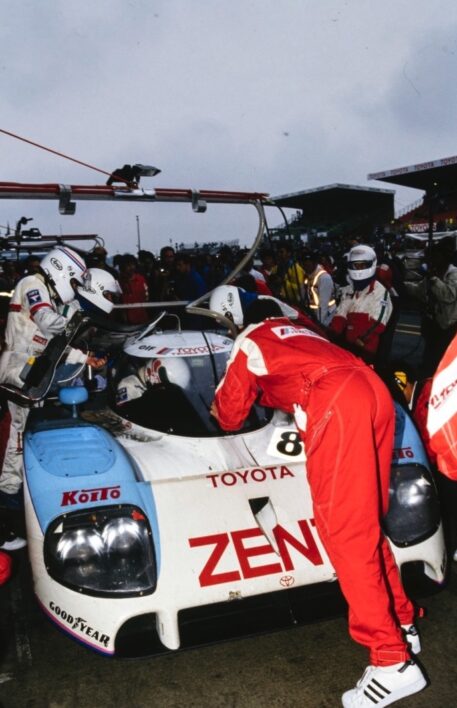 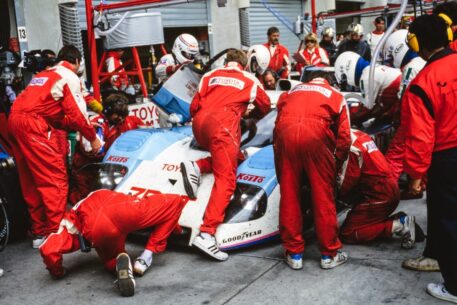 This Arai GP-2V helmet was worn by endurance racing legend, Andy Wallace at the 1992 and 1993 24 Hours of Le Mans while driving for Toyota Team Tom’s. He drove the car during many other races during this same period. Wallace has signed the visor as well as noting the race and years as well. The helmet still has the radio installed as well as the air tube just as it was last used.

He has raced prototype sports cars since 1988, winning over 25 International Sports car races including: 24 Hours of Le Mans, 24 Hours of Daytona (3 times), 12 Hours of Sebring (2 times) and Petit Le Mans 1,000 miles. Wallace was also the driver for the then record-setting speed of 240.1 mph  in a McLaren F1, which for over 11 years, was the world record for the fastest production car. Then on 2 August 2019, Wallace set a record of 300 mph in a hypercar.  A month later  on Top Gear show on 2 September  showed a speed of 304.77 mph in a modified Bugatti Chiron! Wallace  is the current official Bugatti test driver.

Don’t hesitate to a this beautiful classic design helmet from the Wallace to your collection today. The helmet comes with a certificate of Authenticity. 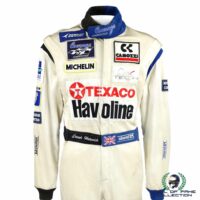 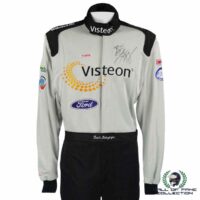