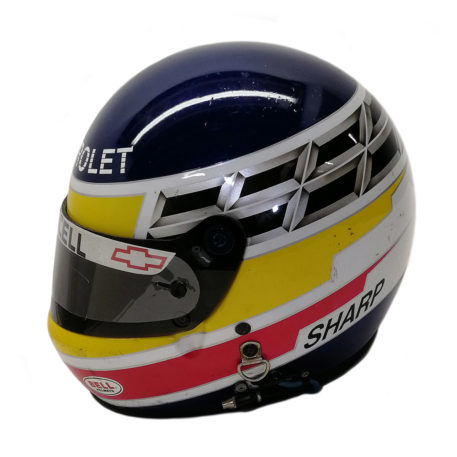 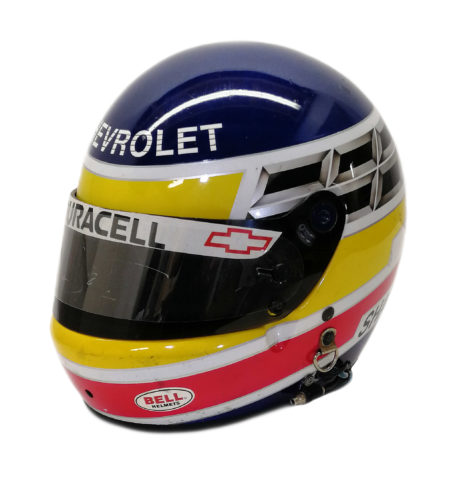 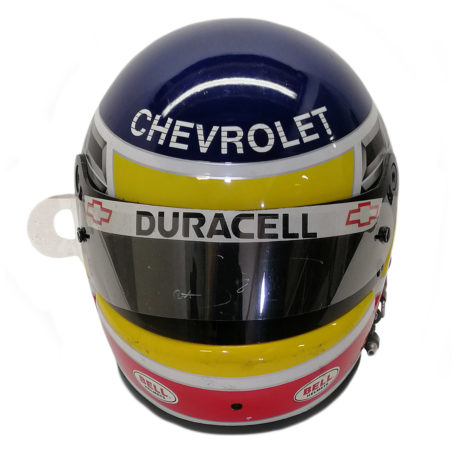 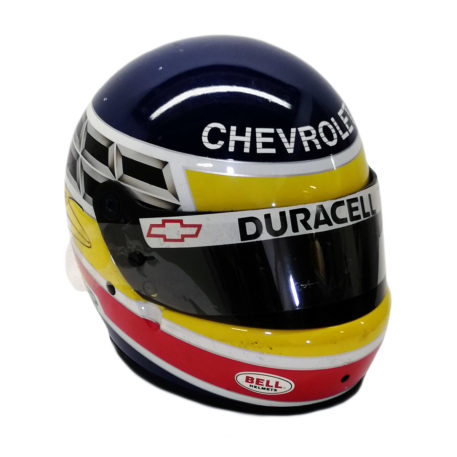 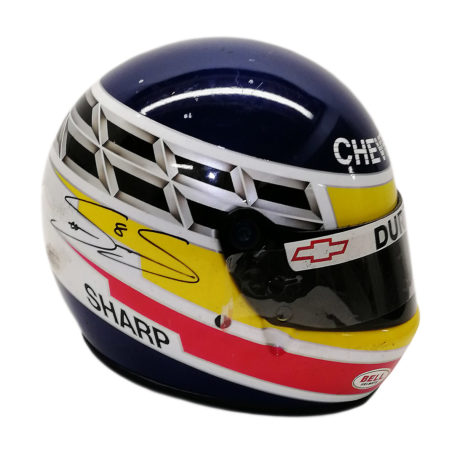 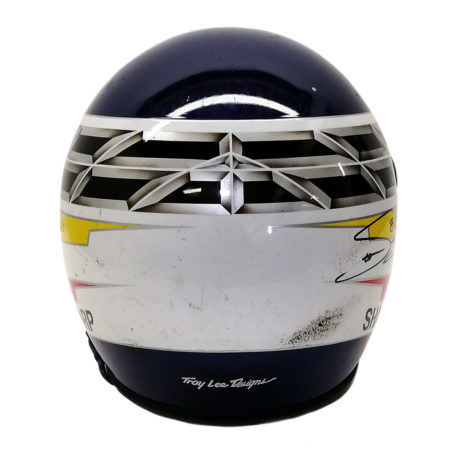 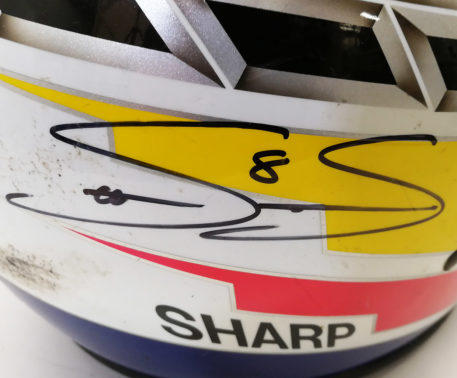 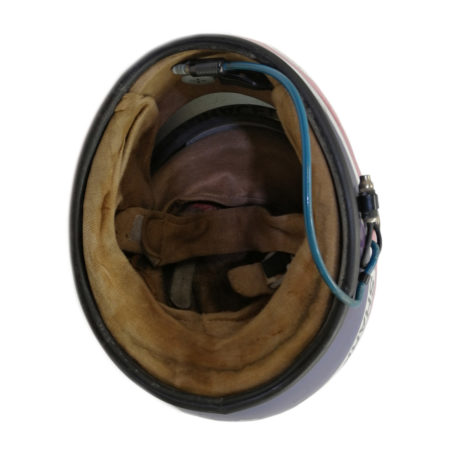 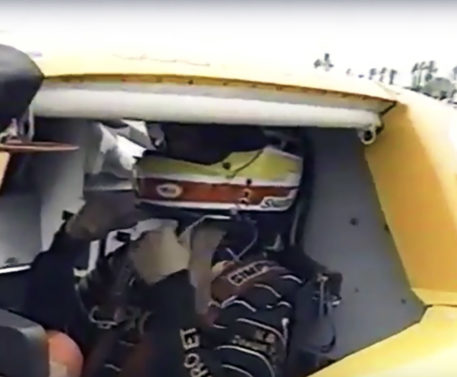 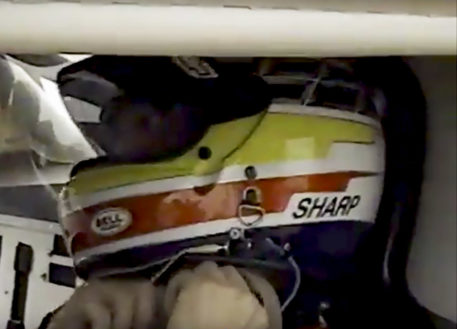 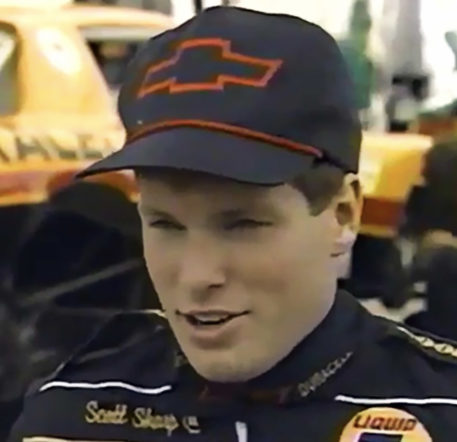 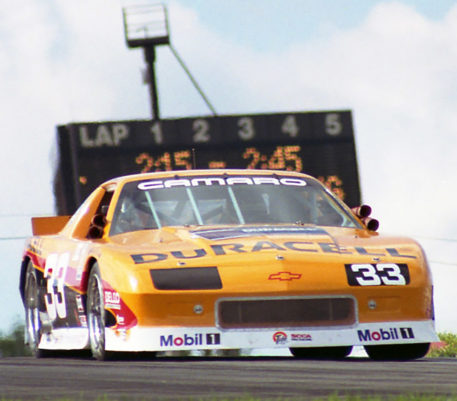 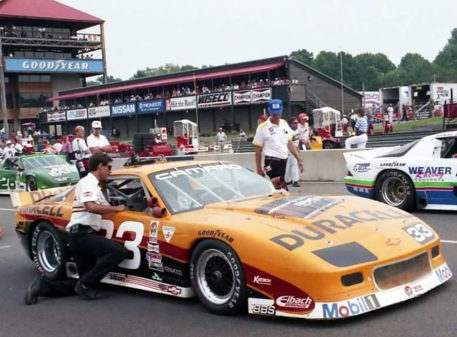 Helmet worn by multi-disciplined driver Scott Sharp.  The American driver, whose career has spans over 40 years, has driven in a number of racing series including Trans-Am, IndyCar, American Le Mans Series, and IMSA SportsCars just to name a few. His biggest achievements are winning the 1996 Indy Racing League Championship and a victory at the 2016 Daytona 24 Hour with his own team. He was also the 1986 SCCA GT-2 and 1987/88 SCCA GT-1 champion, as well as the 1991 and 1993 SCCA Trans-Am Champion driving a Chevrolet Camaro and thus becoming the series youngest champion.

This Bell helmet was used  by Sharp during his 1991 Trans-Am Championship win (photo-matched). It has a dark blue crown and a widening bottom band.  There are yellow (around the eye-port and middle) and red (at bottom) bands around the helmet that have stepped ends, finishing at its sides. These are divided by silver-edged white bands that run around the whole of the helmet. A ‘digital squares’ design runs on the upper half, from side to side, and around the back. Sharps’s name is on both sides and Chevrolet lettering is on the top front. The visor has a team sponsor Duracell visor strip. This a great helmet with fantastic Trans-Am pedigree from an American multi-talented champion.

The helmet can be seen being used here:  https://www.youtube.com/watch?v=28K95885viY

The helmet is personally signed by Scott Sharp and comes with a full Certificate Of Authenticity.