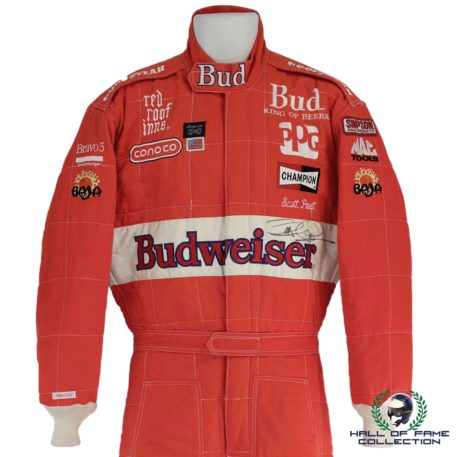 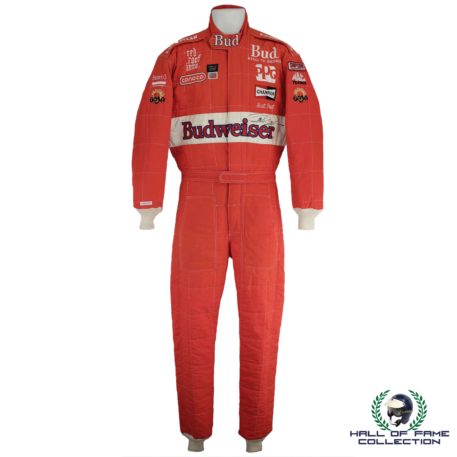 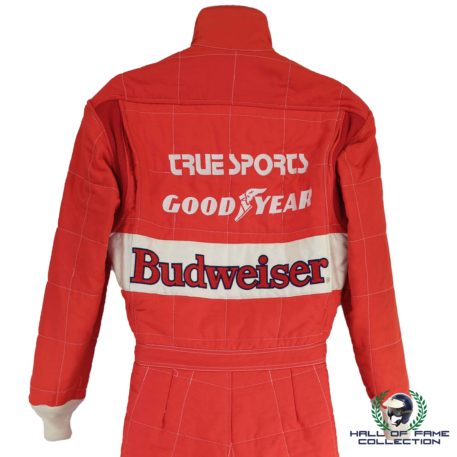 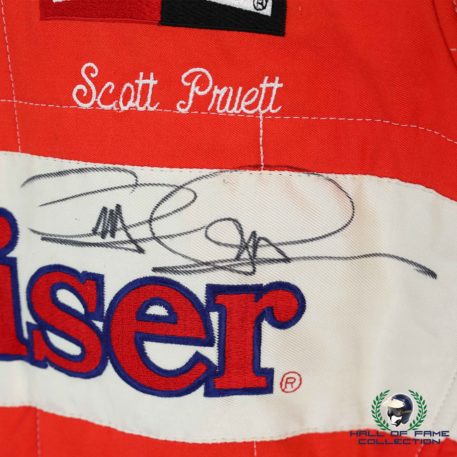 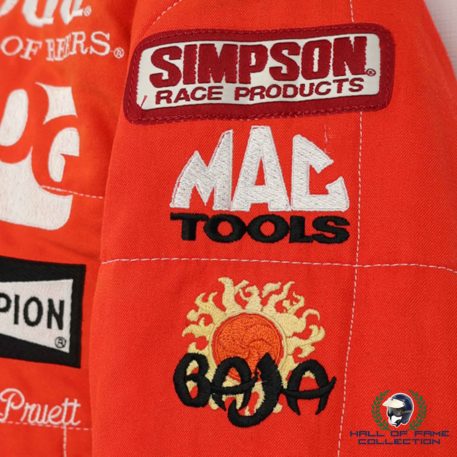 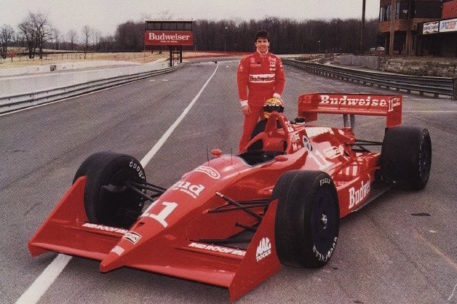 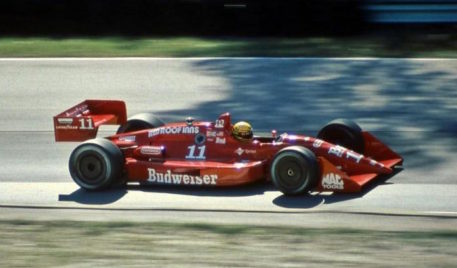 Race-used Simpson suit worn by Scott Pruett during the 1991 CART season while driving for the True Sports team in their Judd-powered V8 True Sport 91C.

In the 1990s, Pruett was a regular in the CART series. From 1988 to 1999, he made 145 starts with two wins, five poles and 15 podiums (top-three finishes). During pre-season testing in 1990, Pruett was involved in a serious crash at the West Palm Beach Fairgrounds temporary circuit in West Palm Beach, Florida, where he seriously injured both his legs. Pruett spent the 1990 season recovering and on certain occasions calling ESPN IndyCar telecasts as color commentator with Paul Page doing the play-by-play.

Pruett would then win the opening round of the 1991 IROC series season at Daytona. He also ran in 17 CART races as well that year, with best 4th place finishes at the Toronto Honda Indy and the MID-OHIO Honda Indy 200.

The red suit has main sponsor’s Budweiser branding logo on the front and back, along with PPG, Conoco, Champion and Goodyear branding logos as well. Scott Pruett’s name is embroidered on the left chest as well.

The suit is signed by Pruett and comes with a Certificate Of Authenticity.