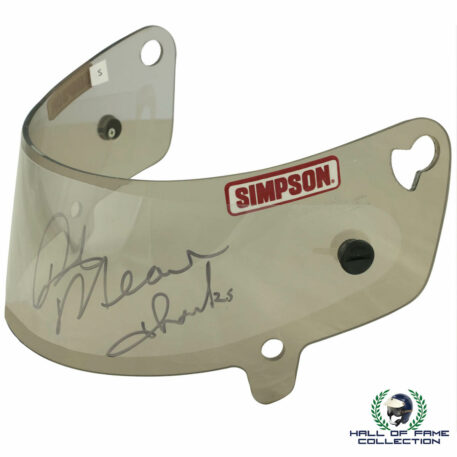 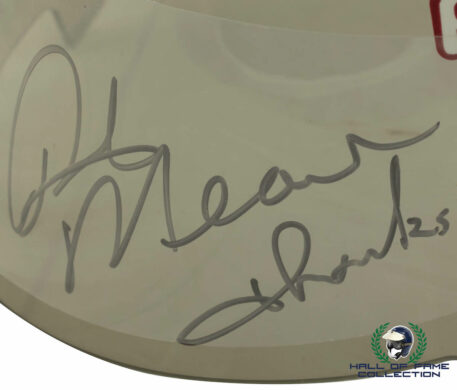 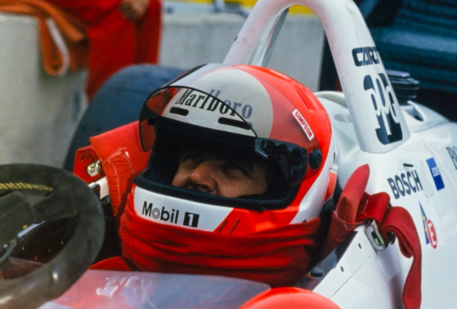 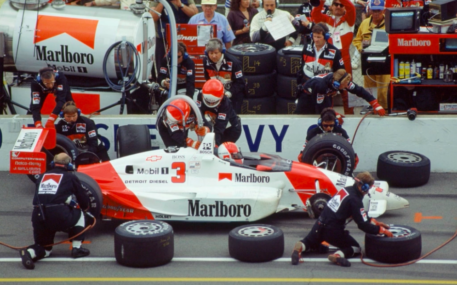 Simpson helmet visor used by American IndyCar legend Rick Mears in his last full competitive season in IndyCar. Mears was in his fourteenth season in 1991 and was driving for Team Penske. In that time he had amassed twenty-six victories for the team and had won the IndyCar World Series three-times (1979, 1981 and 1982) and the Indianapolis 500 four times (1979, 1984, 1988, 1991). He still holds the record for most pole positions in the Indy 500 with six. During the ’91 season Mears won his fourth Indy 500 and had his final race win in the Marlboro 500 at the Michigan International Speedway. The following season Mears crashed in Indy 500 practice breaking his wrist but still managed to make the starting line-up.  He would crash again during the race for the first time in his career. After this, he took the tough decision to quit competitive racing halfway through the 1992 season.

The tinted visor has been personally signed by Rick Mears.

This a great chance to acquire a race-used item from a driver that many consider to be one of IndyCar’s greatest.