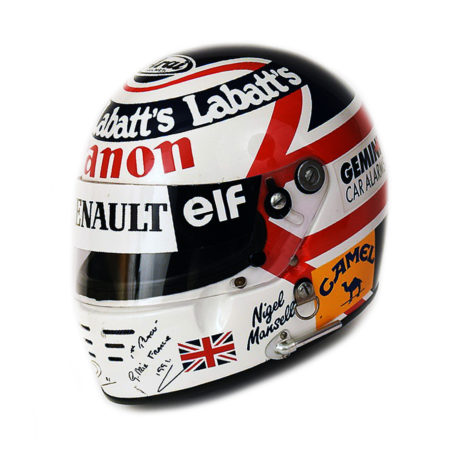 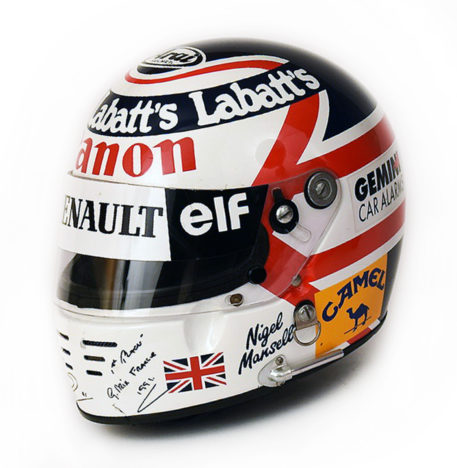 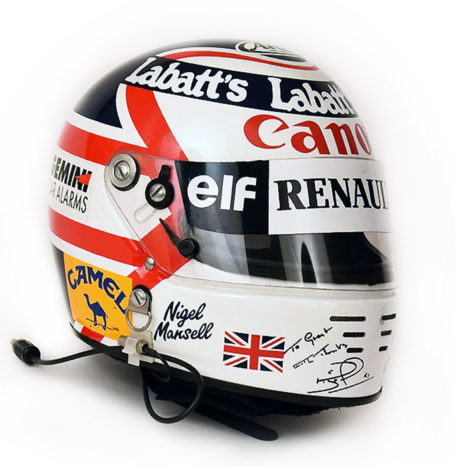 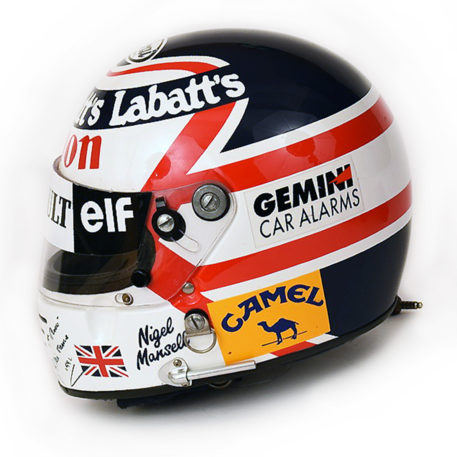 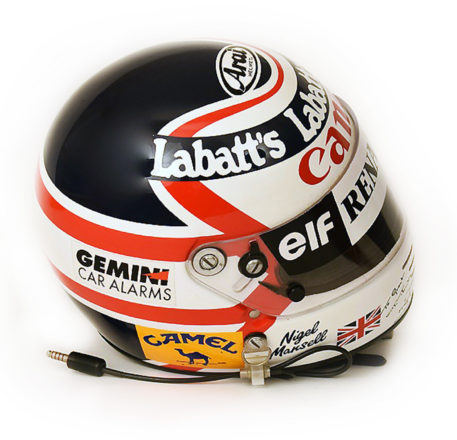 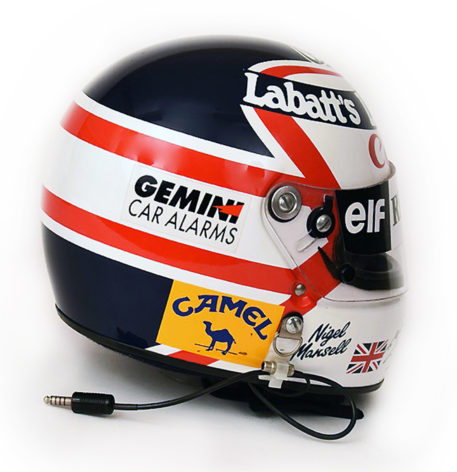 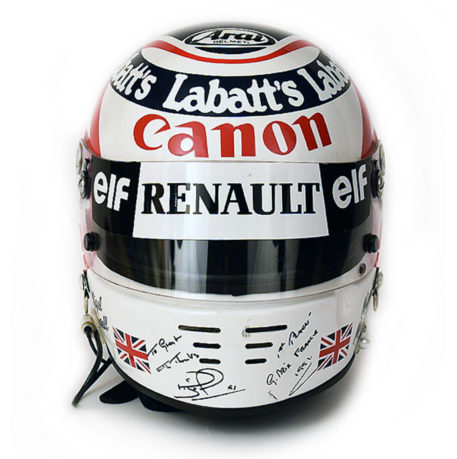 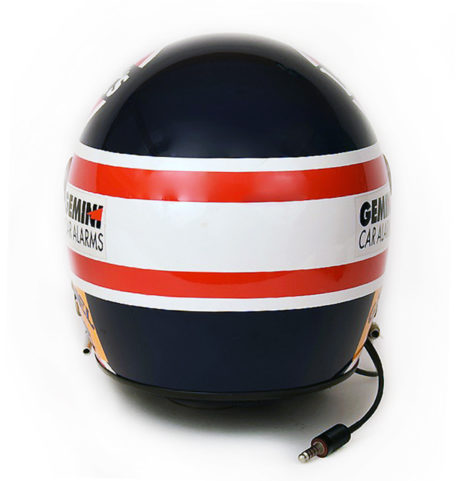 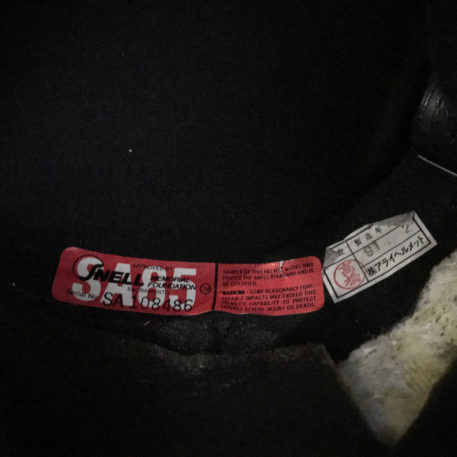 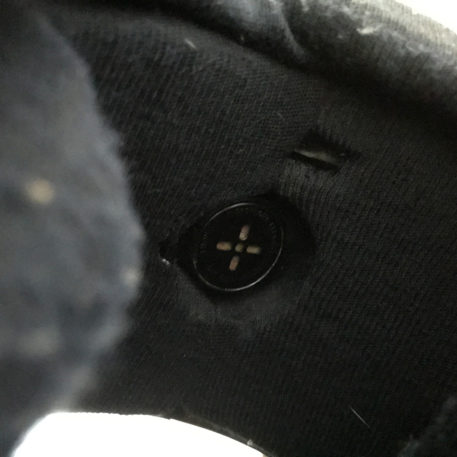 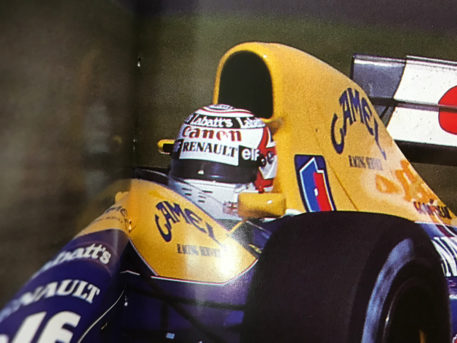 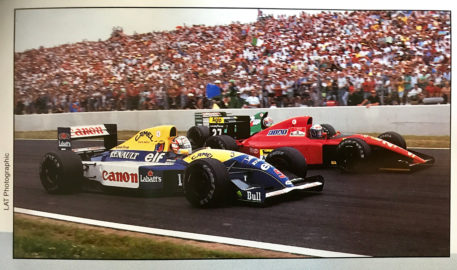 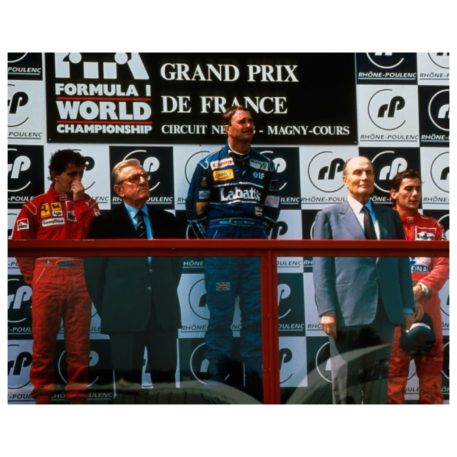 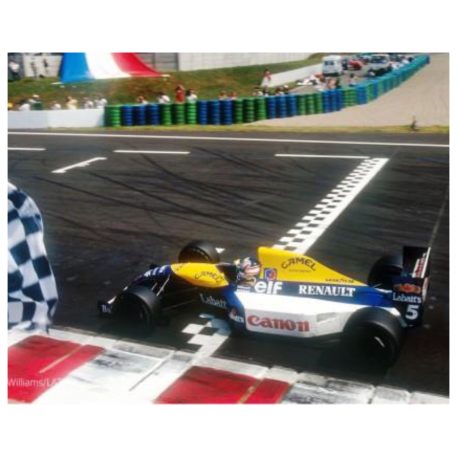 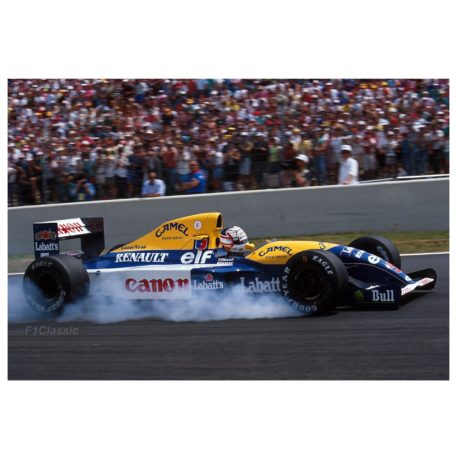 This rare helmet was race used by Nigel Mansell during the 1991 F1 season. A season which saw the British fan favourite score 5 Grand Prix victories and a runner up spot in the World Championship to Ayrton Senna.

This helmet was used in his Grand Prix victory in Magny-Cours France. This was the first win for Nigel after he returned to the Williams team. A decision he would not regret as he would capture the world championship for the team the following year. This helmet was also likely used during other rounds of the World Championship up until Hungary. This is when the helmet was updated with the Gemini logo decal to each side.

Mansell helemts are very hard to come by as he kept almost all of them for his museum. This particular one was gifted to sponsor and friend Grant Bovey of Watershed Pictures and inscribed “To Grant with Thanks Nigel Mansell” “1st place G.Prix France 1991” (The “To Grant” can be removed at buyers request).

A full letter of authenticity from Bovey as well as our gold standard COA are provided.

This Arai GP2 helmet has manufacturing date of February 1991 and correct snell sticker of SA1985.

It’s a pleasure for us to be able to offer a Grand Prix Winning helmet from an iconic Formula 1 World Champion.