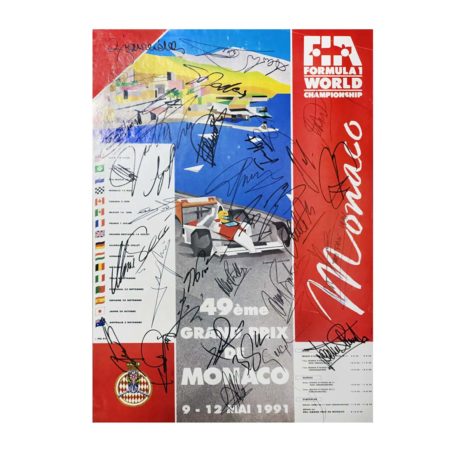 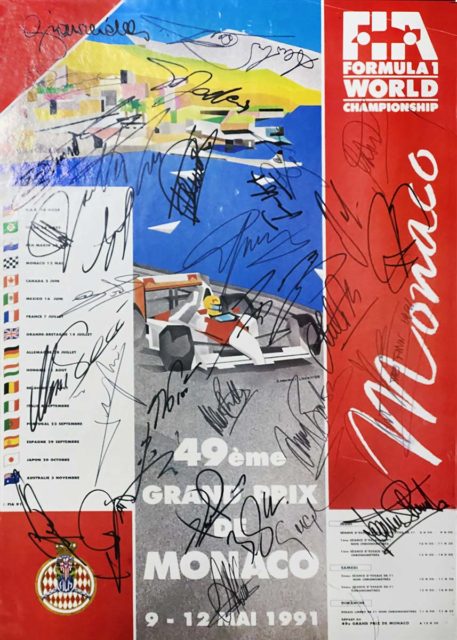 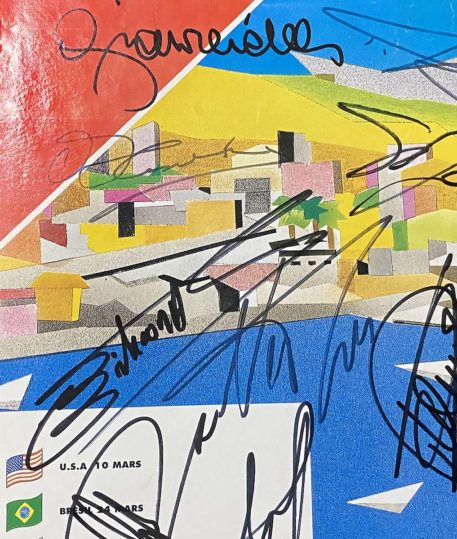 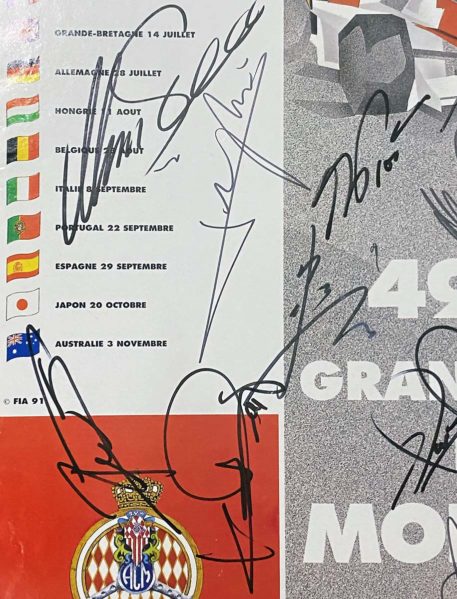 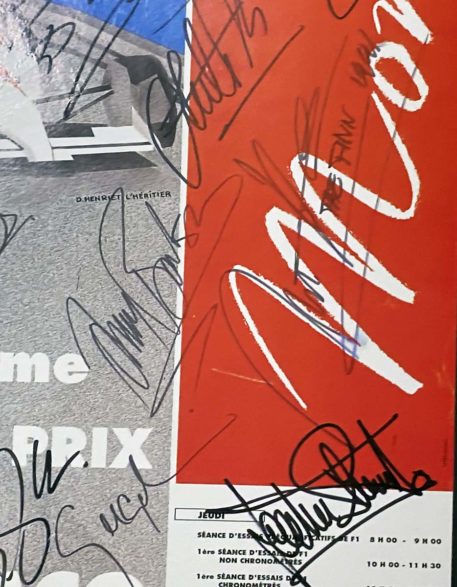 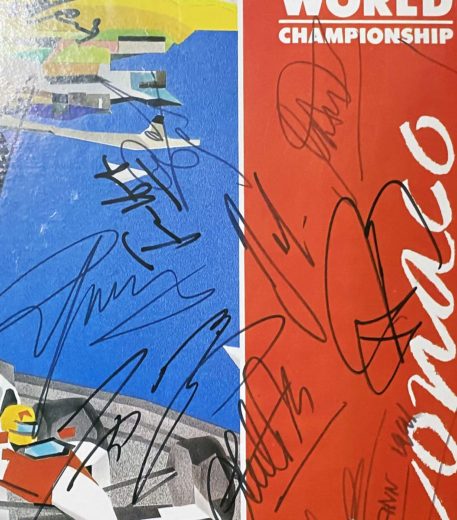 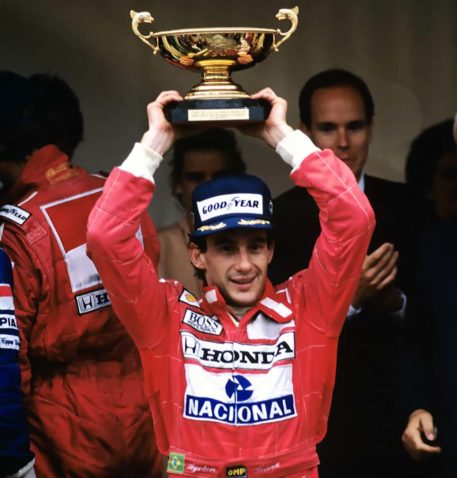 An original 1991 Monaco Grand Prix event poster that has been personally signed many of the drivers that took part in the event. Race winner, and 1991 Formula 1 World Championship winner Ayrton Senna has signed the poster next to the image of his car as it races around the street circuit of Monte Carlo and La Condamine, which includes the famous harbor. It also has signatures of former Formula 1 World Champions and various other drivers and dignitaries. In total thirty-one signatures were added to the poster making it an incredibly rare item. The poster is in excellent condition with a small crease to the top right corner. It has been mounted on a card backboard and its dimensions are 23.5 inches (59.69cm) x 17.5 inches (44.45cm).

The poster includes the signatures of following legends:

Do not miss this incredible opportunity to own a very nice multi signed piece of Formula 1 history.

Item comes with a Certificate of Authenticity.