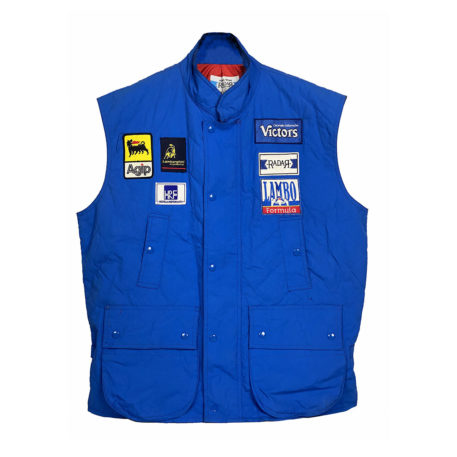 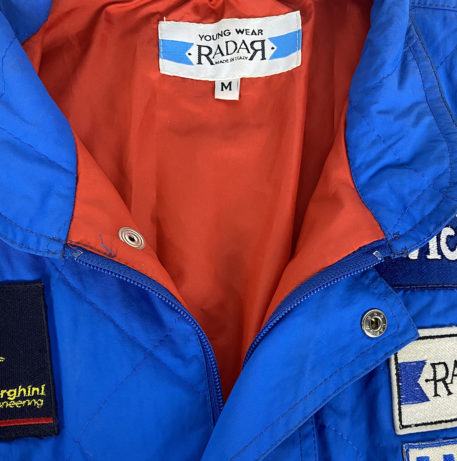 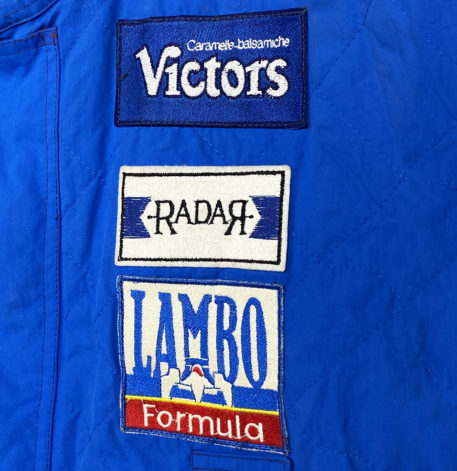 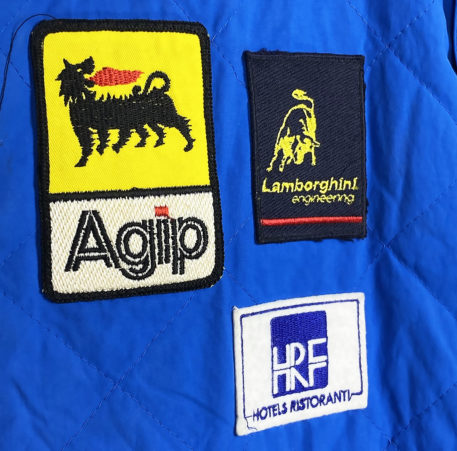 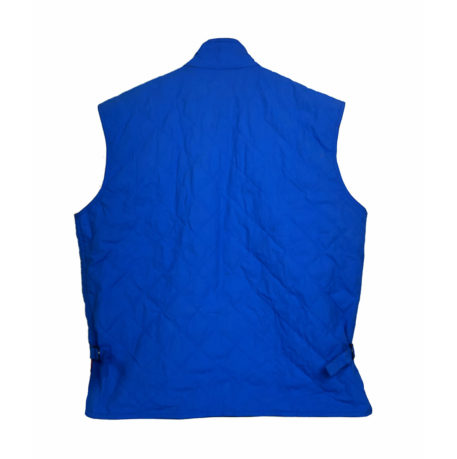 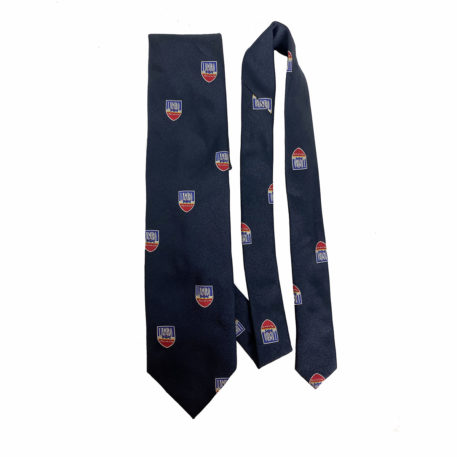 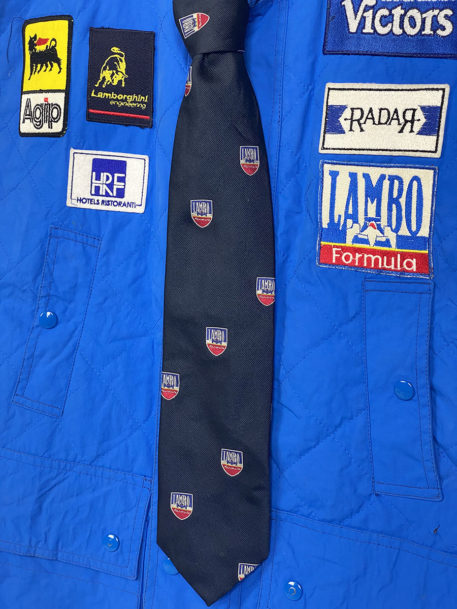 This cold weather Modena Team SpA official team issue ‘puffer’ jacket and team tie were the prized possessions of team component and bodywork specialist/designer Alain Mestdagh. He designed many of the parts of the car that the Italian supercar manufacturer Lamborghini would construct in their first attempt at designing and building a Formula One car. The team only raced for one season in 1991 before financial difficulties halted the project. The blue jacket has the  Lamborghini engineering division and Lambo race patches on either side with team sponsors/suppliers patches that include Victor, HRF, and Agip. Its sized as a medium and it is in excellent, unused condition. The Navy colored tie has the Lambo team logo motif in a cross pattern design.

Belgian Alain Mestdagh aka “Picasso”, born in 1959, has always been one of the best-known figures in Formula One and MotoGP. His love for racing started as a child when he was a kart racer. In 1986, during his military service, he went to his first Motorcycle Grand Prix at the famous SPA circuit. Here he met the Belgian motorcycle championship rider Didier de Radigues. Mestdagh, who had some experience in painting helmets and repairing fairings, was invited to work for the rider’s team and within months he was a major part of Team Chevallier. In 1987, thanks to the team manager Francis Battà, he joined the Cagiva family as a bodywork painter and technician. In 1989 he was headhunted by the Aprilia Racing team, working as a track side mechanic and in the body modeling unit.

The 90s saw Mestdagh move to Italy to work with the Lamborghini Formula One team and start a workshop, specializing in racing carbon fiber component production. In 1991 he founded Picasso Racing Components (PRC), a company specializing in using carbon fiber and Kevlar during the manufacturing process and within five years had a workforce of over twenty employees. There are many examples of his ideas/inventions track side, one example being the Dainese gloves used by Loris Capirossi, which were produced by his PRC workshop.

In 1999 Mestdagh invented a special system for combining hard and flexible composite materials into one, which he patented under the name Carbon Wear. He thus started a series of collaborations with the principal manufacturers involved in motor racing. However the crisis that hit the motorcycle industry in 2008 forced him to scale down his operations. Despite this setback, he still experimented with new technologies and materials and thereby invented Softcarbon, an innovative ultra-resistant, refined, and elegant carbon fiber fabric, which earned him the courtship of top designers in the Italian, French, and Japanese fashion industries. PRC is now strongly involved with haute couture and his patented fabric is now used in many expensive handbags and leather wear items worldwide. Mestdagh, never one to rest on his laurels, has since moved into drone design and construction, launching his range of Devilray drones in 2014.

The vest jacket and tie come with a Certificate Of Authenticity.