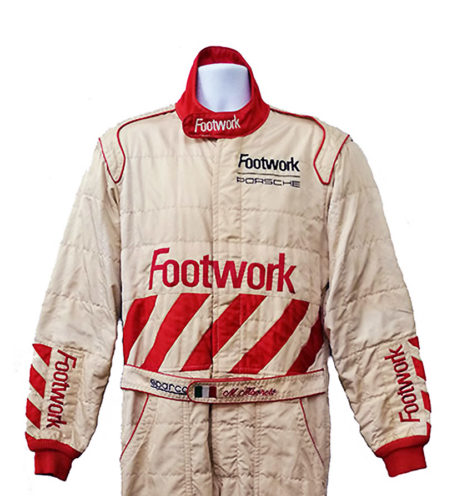 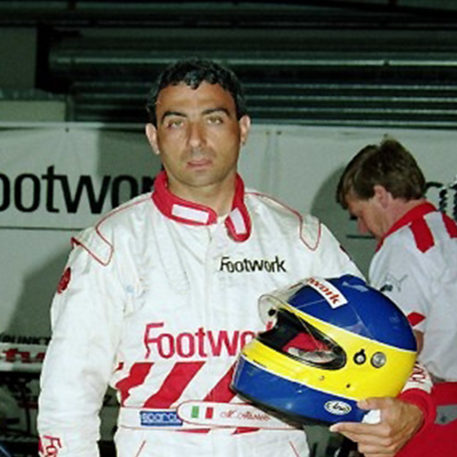 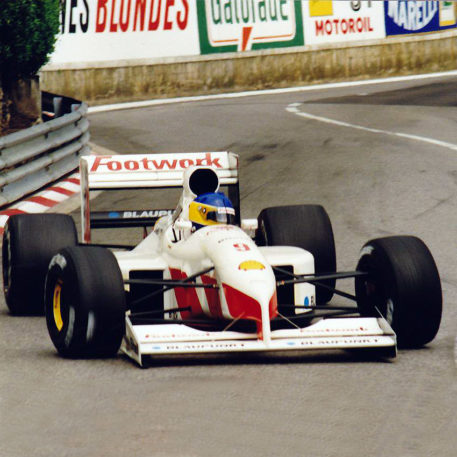 Suit worn by popular Italian driver Michele Alboreto at the beginning of the 1991 season driving for the Footwork Grand Prix Team, It was Alboreto’s second season with the team that was going through a transition after Footwork had taken over the Arrows Racing. The team secured Porsche works engines, which unfortunately proved to overweight and unreliable so the team switched back to Cosworth power plants after the first six races. In his three years with the team Alboreto had many top ten finishes but due to the team’s failure to match Alboreto’s expectations, he left at the end of 1992.

The all white Sparco suit has the Footwork Racing red lettering and diagonal slash stripes running round the midriff back of the shoulders and arm cuffs. It also has red piping to the pockets belt and shoulder pulls. The Footwork Porsche lettering can be seen on the left chest and Alboreto’s name and national flag are embroidered onto the waist belt.