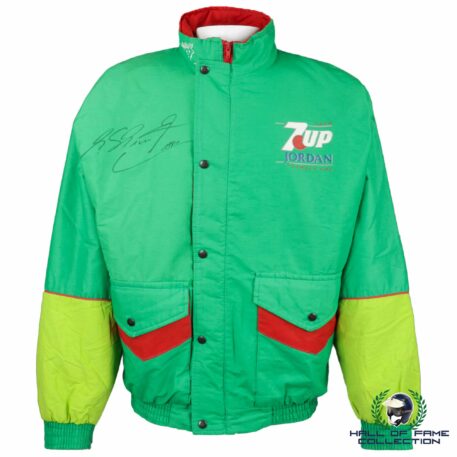 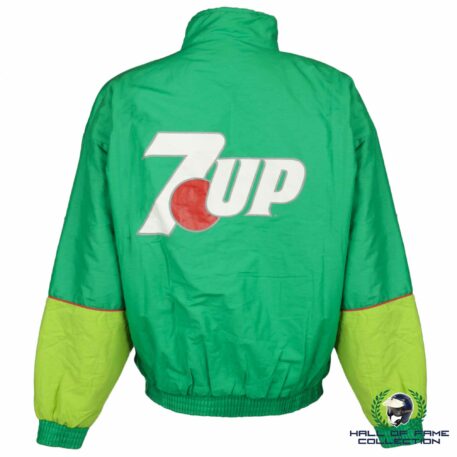 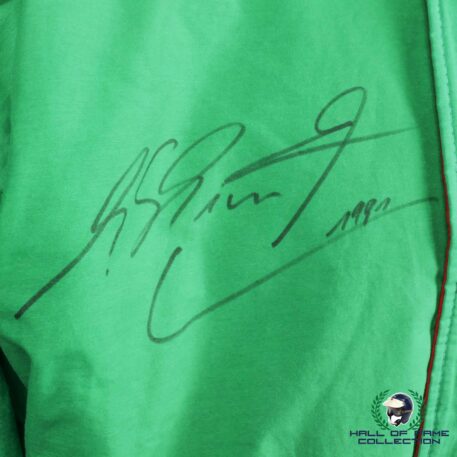 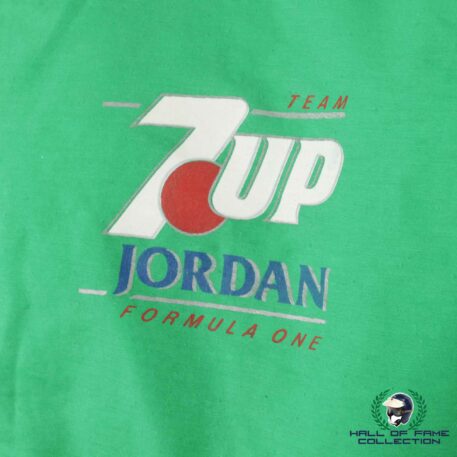 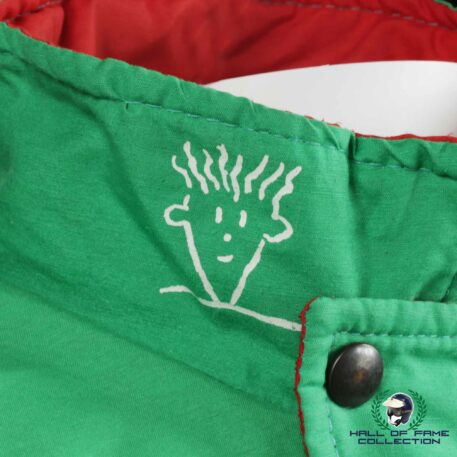 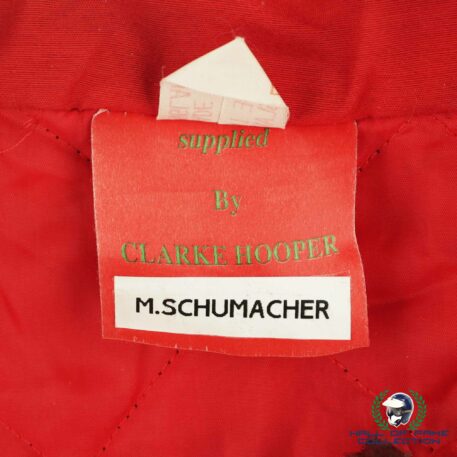 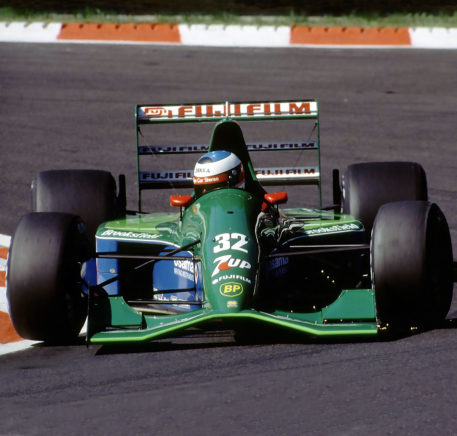 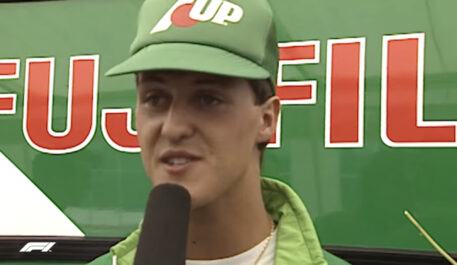 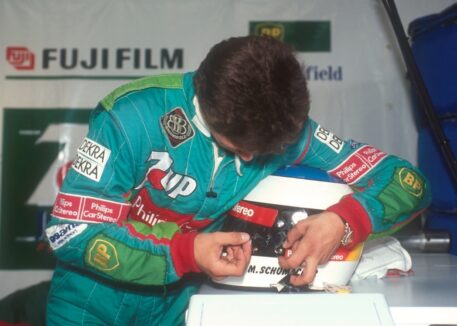 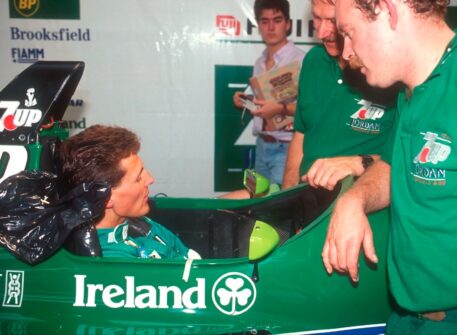 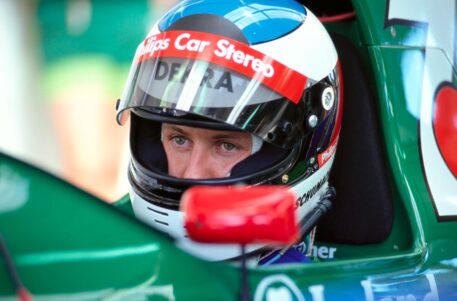 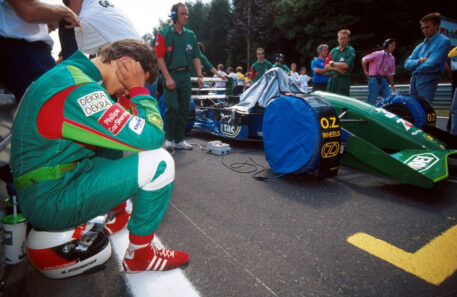 Michael Schumacher personal team-issued 7Up Jordan jacket from his his F1 debut weekend at the 1991 Belgian Grand Prix.

Schumacher made his Formula One debut with the Irish Jordan-Ford team, driving car number 32 as a replacement for the imprisoned Bertrand Gachot. Schumacher, still a contracted Mercedes driver, was signed by Eddie Jordan after Mercedes paid Jordan $150,000 for his debut.

The week before the race, Schumacher impressed Jordan designer Gary Anderson and team manager Trevor Foster during a test drive at Silverstone. Schumacher’s manager Weber assured Jordan that Schumacher knew the challenging Spa-Francorchamps circuit well, although in fact he had only seen it as a spectator. During the race weekend, teammate Andrea de Cesaris was meant to show Schumacher the circuit, but was held up with contract negotiations. Schumacher then learned the track on his own, by cycling around the track on a fold-up bike he had brought with him. He impressed the paddock by qualifying seventh. This matched the team’s season-best grid position, and Schumacher out-qualified veteran de Cesaris. Motor Sport journalist Joe Saward reported that after qualifying “clumps of German journalists were talking about the best talent since Stefan Bellof'”. Schumacher would retire on the first lap of the race with clutch problems. He would go on to win 7 World Championships and the rest as they say is history.

The jacket comes in a size large and is signed by Schumacher on the right front chest in black marker pen.