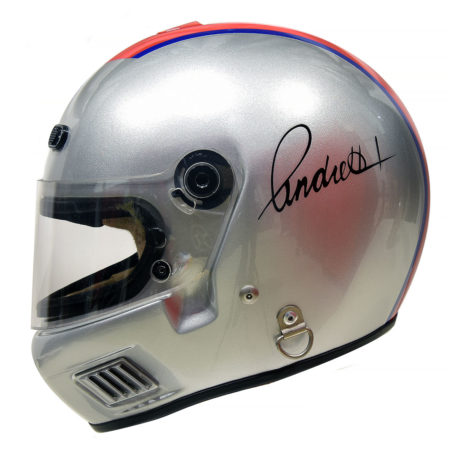 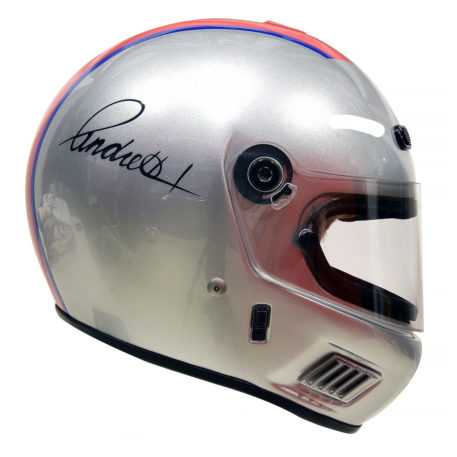 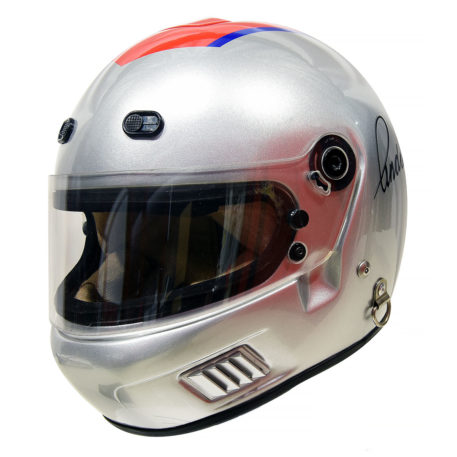 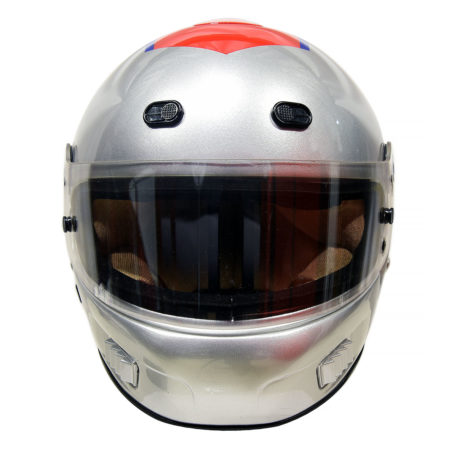 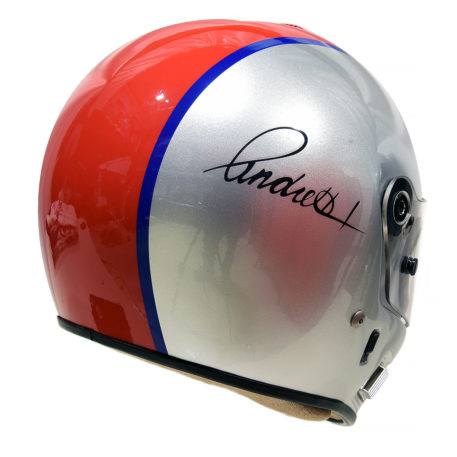 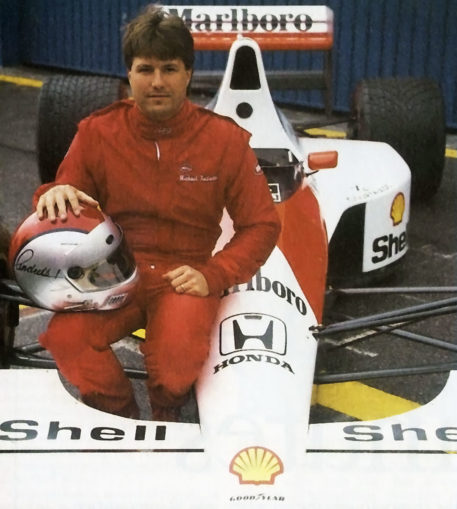 This original Bell AFX1 helmet has been professionally painted to replicate one used by Michael Andretti in his first testing sessions with the Marlboro Mclaren F1 team in 1991. Andretti at the time was at the top of his game and had just won the 1991 IndyCar Championship. He was invited to test with McLaren at the end of the year and drive a Honda Powered MP4/5B machine at the Autódromo do Estoril Circuit in Portugal. He impressed the Mclaren management team who offered him a contract to drive for them in the 1993 F1 season after his contract with Newman/Haas IndyCar team expired. Unfortunately due to rules and regulations being drastically changed and with a new engine supplier, Andretti found the McLaren MP4/8 cars he was to drive were a completely different machine to the ones he used in testing. He also found that the technology had moved on and had trouble getting to grips with many of the advances made to the cars. All of this coupled with the new team’s Ford engines being vastly underpowered to most other teams on the grid made Andretti’s move to Formula 1 and ill-fated one. He persisted with the cars and managed to score points in five of the races of the six races he managed to finish, but decided to leave the team and the championship by mutual agreement after the Italian Grand Prix, where he had his best result finishing on the podium in third place.

The helmet has the iconic Andretti family design which has a metallic silver base color with a wide red stripe edged either side in blue running over three-quarters of the helmet from back to front ending in a chevron on the crown. Andretti’s name is to either side in the Andretti family font in black. The helmet interior is in beige and is as Andretti would have used in the first testing sessions at the Autódromo do Estoril Circuit in Portugal.