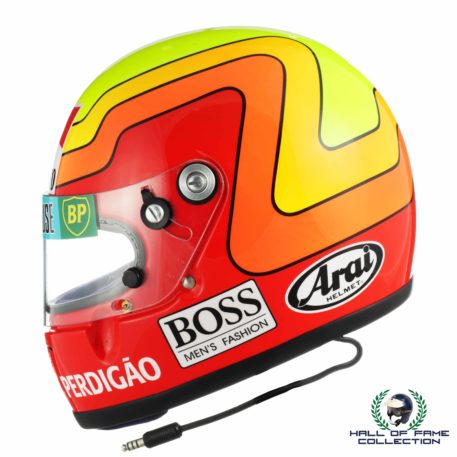 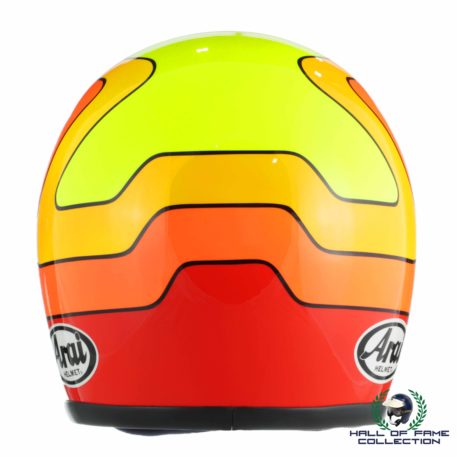 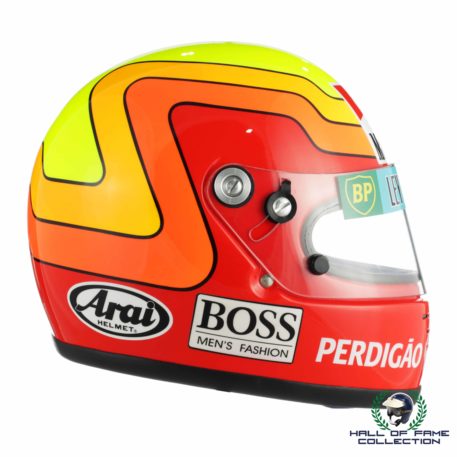 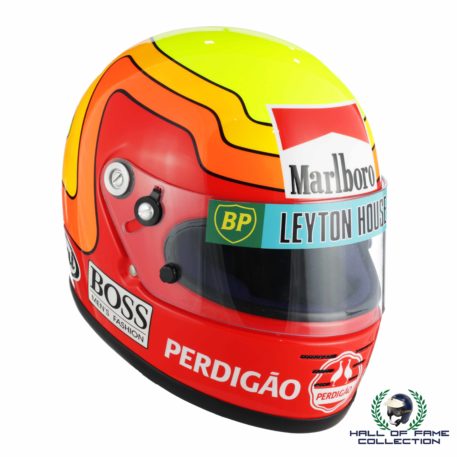 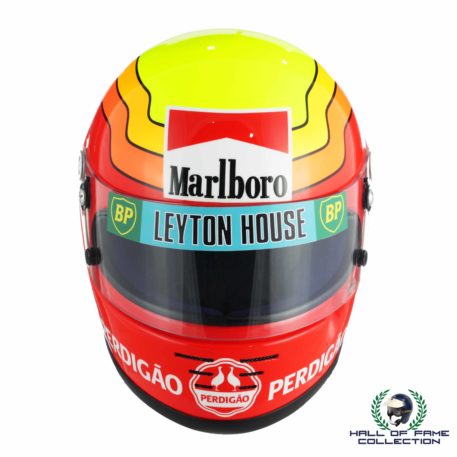 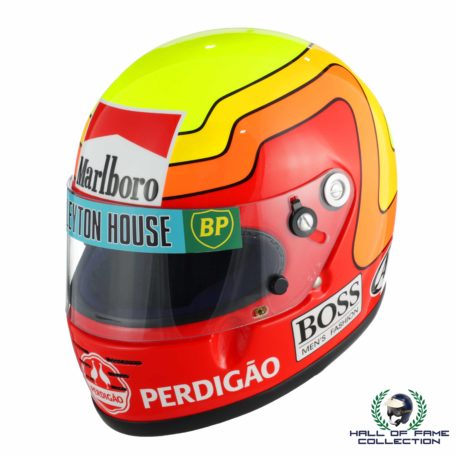 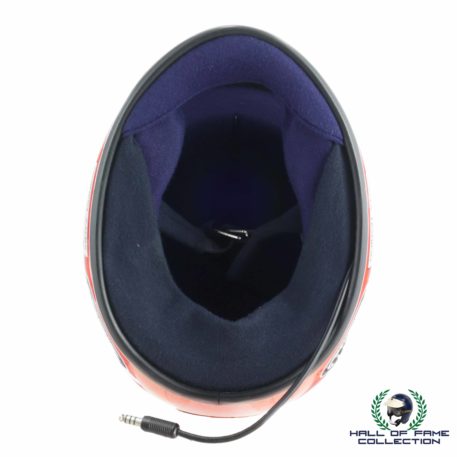 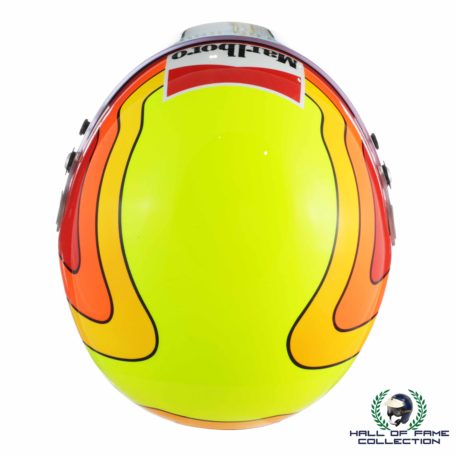 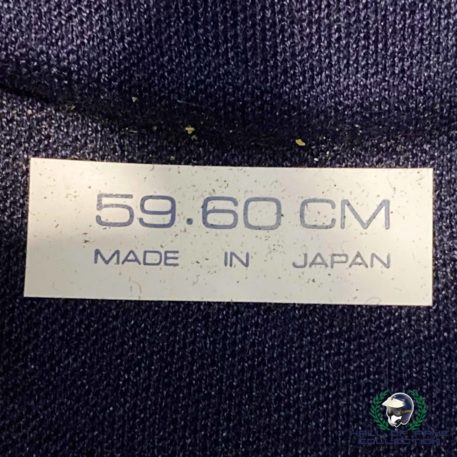 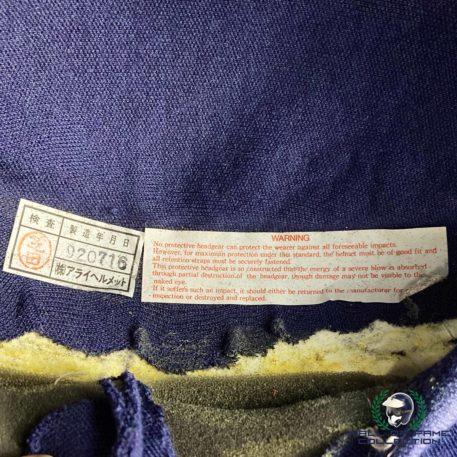 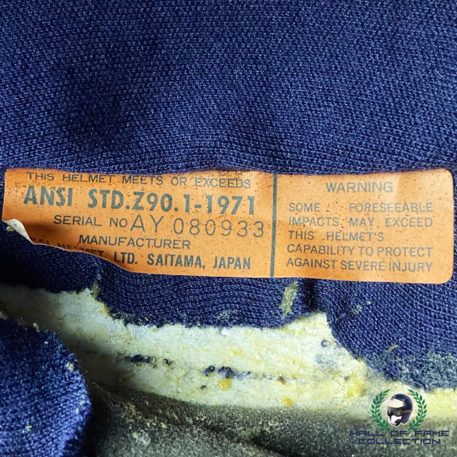 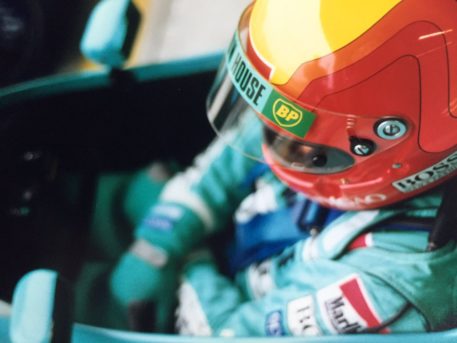 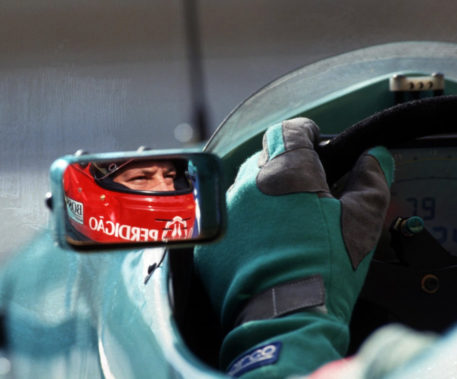 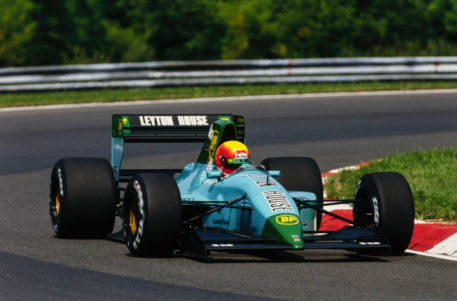 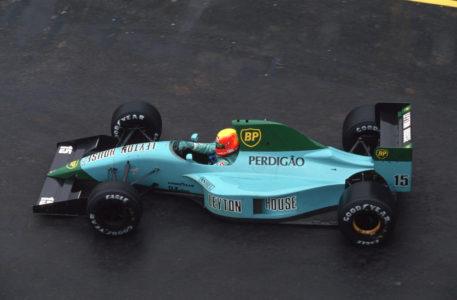 This beautiful replica of Mauricio Gugelmin’s 1991 helmet, is professionally painted on a real Arai GP2 helmet and is very correct right down to the installed radio. The iconic helmet features sponsors logos from Arai, Boss, Perdigao and Marlboro. The visor strip is branded with BP and Leyton House.

Mauricio Gugelmin is one of the many talented Brazilian drivers to have had success in Formula One and CART.

Big Mo’s F1 career began in 1988 with the Leyton House Racing team that he spent four seasons with. They began their second season with their best finish, a third in the Brazilian Grand Prix on the Rio circuit named for Nelson Piquet. Gugelmin finished 9 seconds behind race winner Nigel Mansell with Alain Prost second.

Gugelmin took the Hollywood tobacco sponsorship to CART in 1993, initially driving for Dick Simon. Gugelmin moved to Chip Ganassi’s team for the ’94 season before finding his true American home with Bruce McCaw’s PacWest operation from 1995-2001. That first season with McCaw saw Gugelmin post his best finish of his two Indianapolis 500 starts (sixth place).

Gugelmin had his best season in 1997 when he won the Vancouver race and won a pair of late-season poles. Gugelmin’s first pole had come earlier in the season, at the Nelson Piquet circuit, but his race ended with a crash. He finished a career-best fourth in the standings that year.

Before stepping out of CART, Gugelmin won the pole for the Cleveland race in 2001.

This helmet will add a special splash color to any helmet collection. The helmet comes with a Certificate of Authenticity.