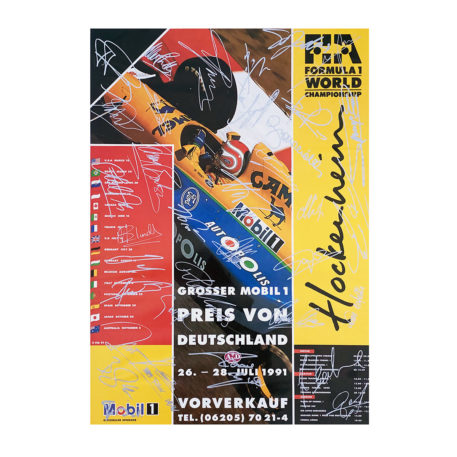 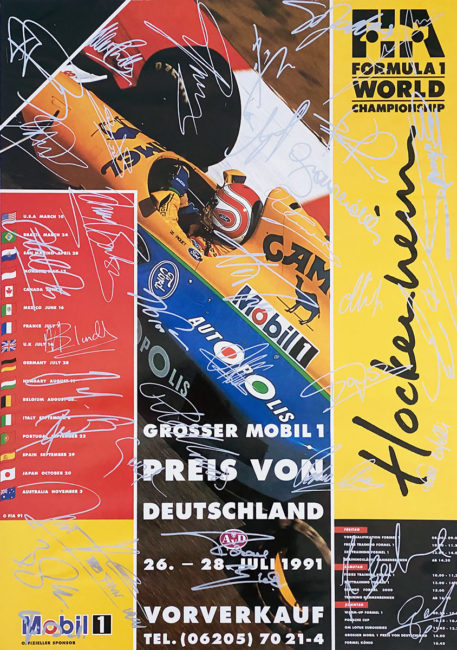 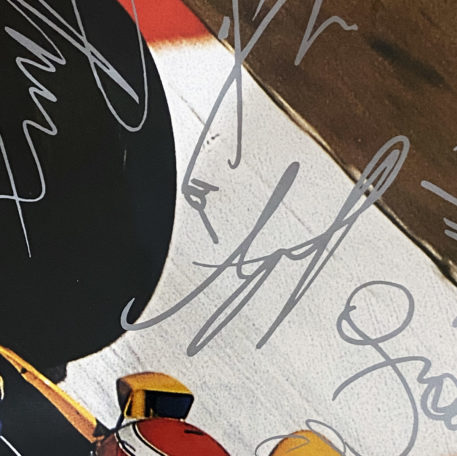 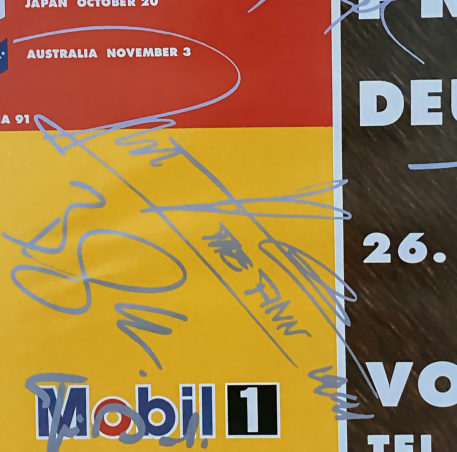 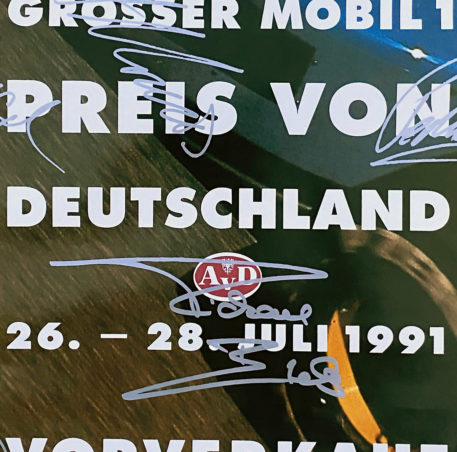 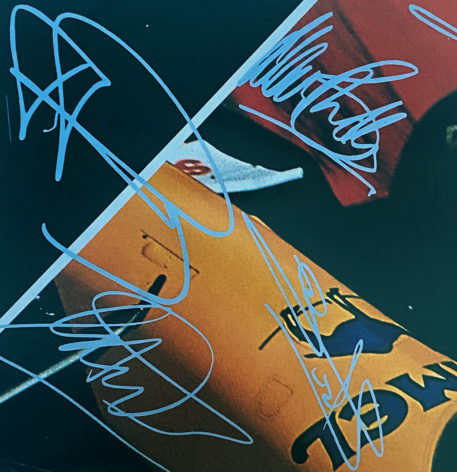 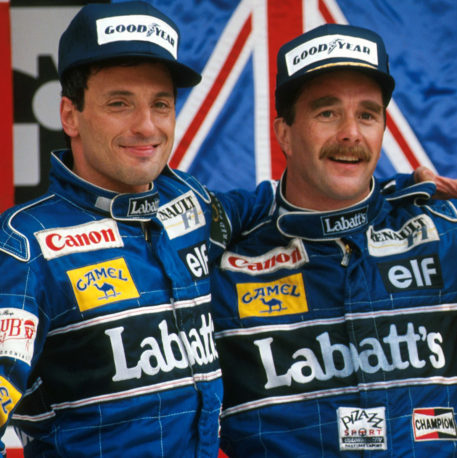 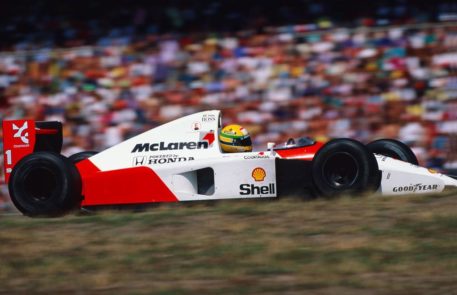 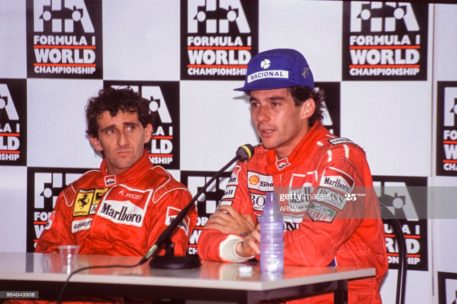 A fantastic original 1991 German Grand Prix advertising poster signed by the whole starting field that includes Formula 1 World Champions Ayrton Senna, Alain Prost, Nelson Piquet, Nigel Mansell and Mika Häkkinen.  The race was held at the Hockenheimring on the 28th of July 1991. It was the ninth round of the 1991 Formula 1 season. The 45-lap race was won by Williams’s driver Nigel Mansell after he started from pole position, and was also his third victory in a row. His teammate Riccardo Patrese finished second, with Ferrari driver Jean Alesi arriving third. This would be the first German Grand Prix to be held after the German reunification.

The complete starting grid that started the race is as follows:

The poster has been signed by each driver using a silver marker pen, is in excellent condition and its dimensions are 23 x 16.5 inches (42 x 58cm). It comes in a plexiglass frame ready to hang on your wall.

The poster comes with a full Certificate Of Authenticity.

A stunning piece that would be a talking point in any collection.