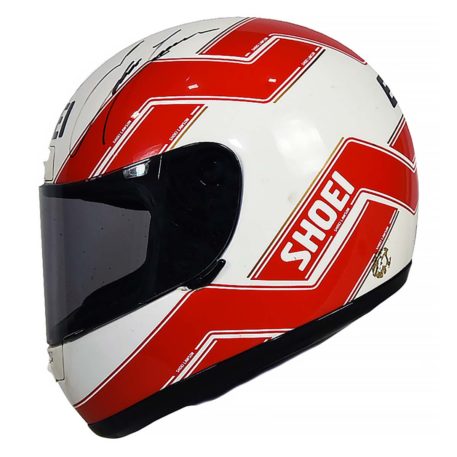 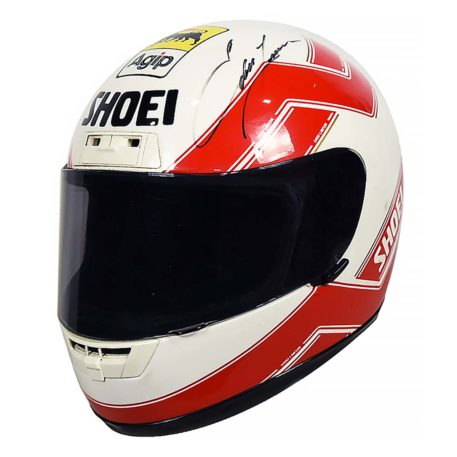 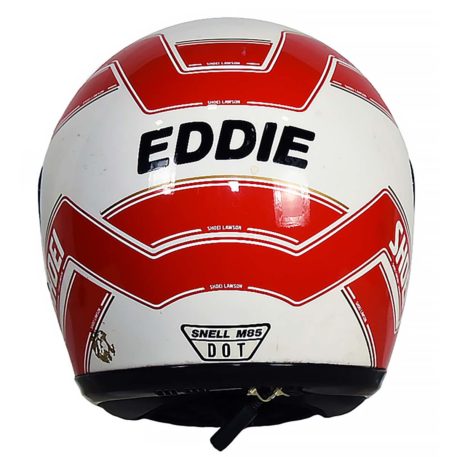 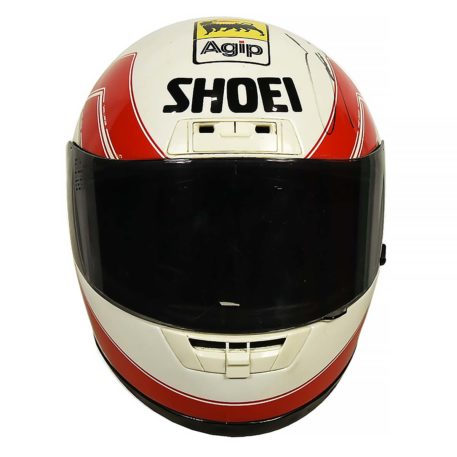 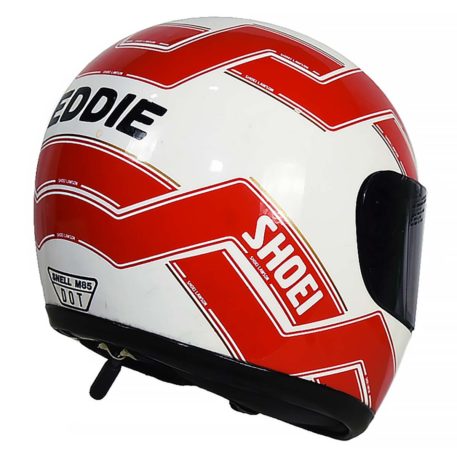 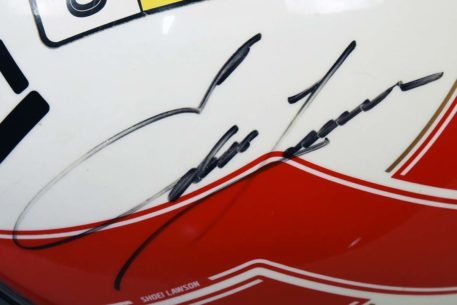 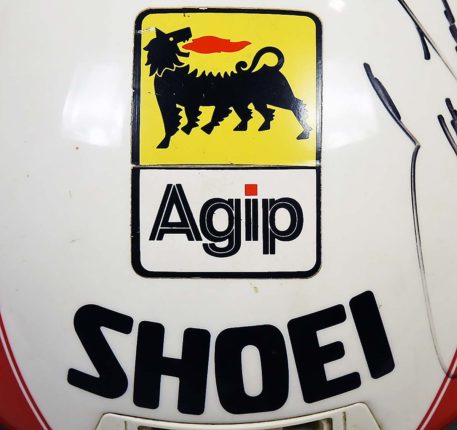 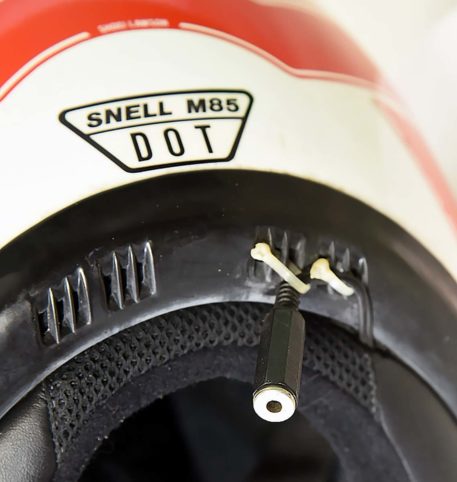 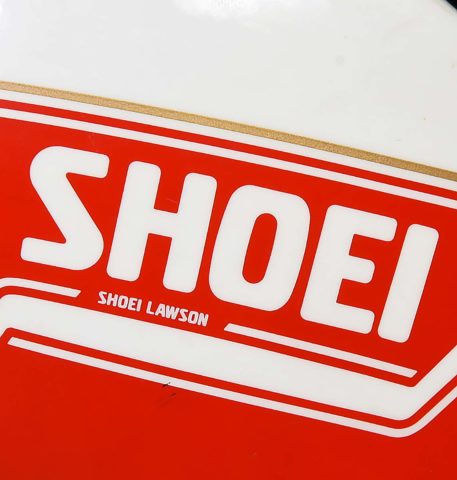 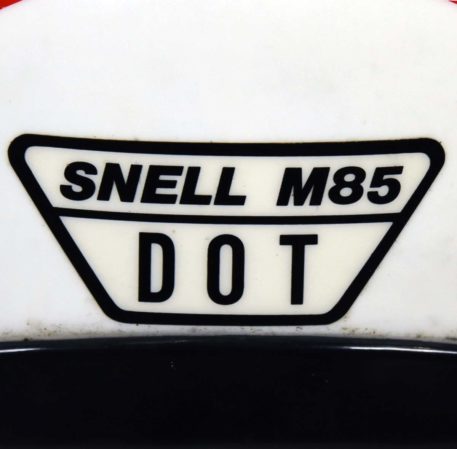 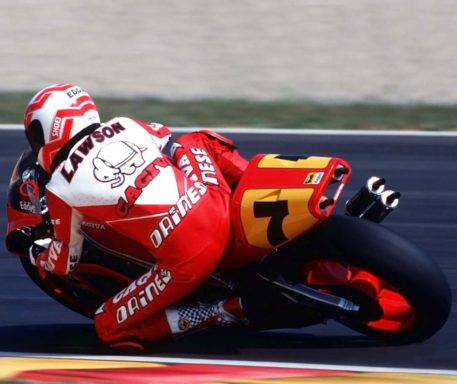 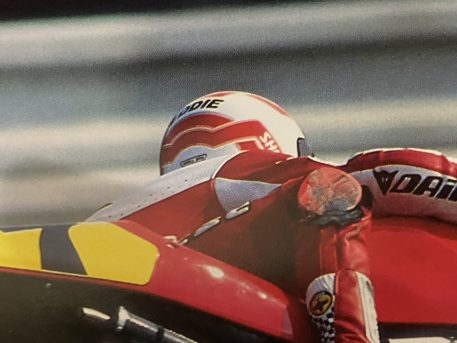 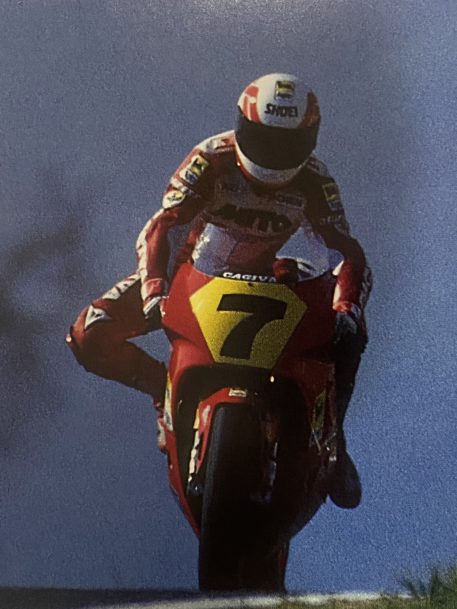 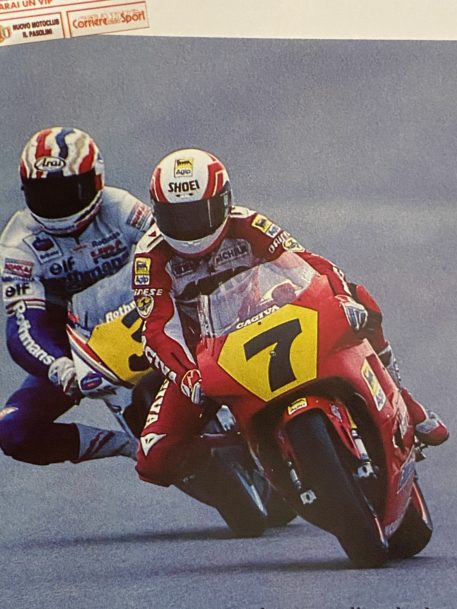 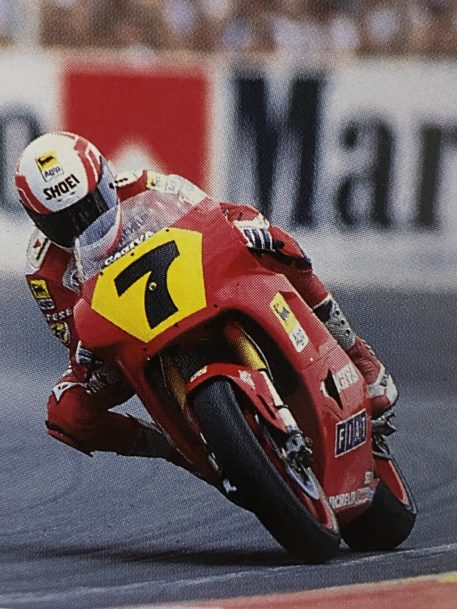 Shoei helmet used by American road racer Eddie Lawson. The Californian, a former four-time 500cc Grand Prix motorcycle racing World Champion, used this helmet during his first season riding for the Cagiva Corse Racing Team. He is ranked third on the all-time MotoGP class (then known as 500GP) wins list with 31 victories. After finishing his motorcycle career, Lawson pursued a career in open-wheel single-seater racing in the United States competing in the Indy Lights series and eventually into CART IndyCar Series.

The helmet has Lawson’s double intertwined angled red bands overlaying the white base color. On the front top of the helmet is an Agip fuel oil six-legged dog decal just above the Shoei lettering. To the right of these Eddie Lawson has personally signed the helmet with a black marker pen. The helmet comes as last used with its radio still installed. This was a system not used at all races and we believe this could be the helmet from the USA round held at Laguna Seca.

Item comes with a full Certificate Of Authenticity 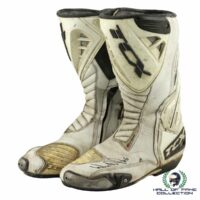